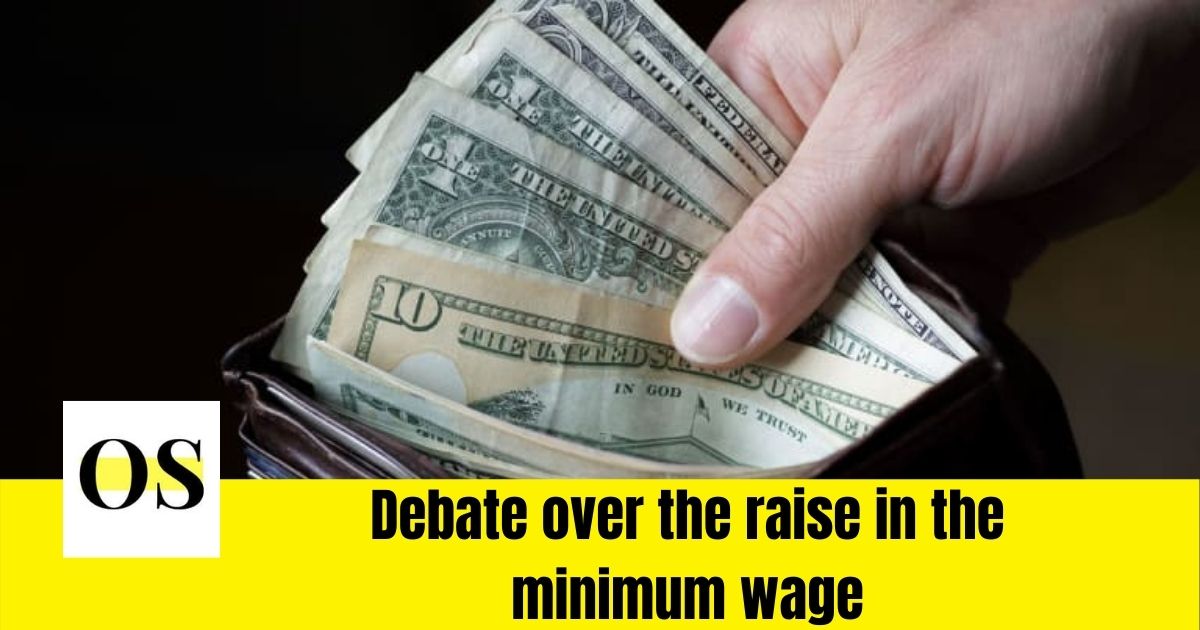 Due to the coronavirus pandemic, under working families have found it difficult to make ends meet. Almost nine months into the pandemic the number of unemployed workers have dramatically increased and has now reached more than 10.7 million, leaving countless families hungry.

American workers desperately need—and deserve—a raise to at least $15 per hour. The current federal minimum wage is simply not enough to cover living expenses, even for a full-time worker. If the minimum wage had been adjusted automatically to reflect increases in productivity over the past 80 years, the minimum wage would now be more than $20 per hour.

Raising the federal minimum wage incrementally to $15 by 2025 would increase the income of 32 million workers. Furthermore, establishing automatic increases to this wage tied to growth in median wages would ensure that all workers benefit from a growing economy, as well as provide a critical dampener on economic inequality

In late 2020, more than 1 out of 10 households with school-aged children were experiencing food insecurity. Even though the initial relief provided by the weekly federal supplement of state unemployment insurance, expanded access to unemployment insurance. The $1200 direct payments kept some families afloat temporarily with 18 million people boosted out of poverty in April. A total of 8 million people sunk below the poverty levels from May to September 2020.

The policy debate over raising the federal minimum wage to $15 an hour is the latest fault line as the Democrats largely support the idea while the Republicans are opposing it as they believe that such a sharp increase is bad for business.

Moreover, it is also revealing new gaps in the Republican Party, which is straining to appeal to its corporate backers. Some of them believe that more than doubling the minimum wage would cut deeply into their profits, and the working-class wing, which fueled President Donald Trump’s rise and would stand to gain from a pay increase.

Republicans are beginning to bow to the realities facing the party’s populist base with proposals that acknowledge the wage floor must rise.

Policymakers need not choose between a $15 minimum wage and small-business recovery. Research shows that these ends are not at odds. Minimum wage increases during recessions are not uncommon.

A $15 minimum wage, combined with further federal relief for small businesses, will benefit small and medium-sized enterprises in the long term. Economic literature has found that increases in worker productivity, reductions in turnover, and aggregate increases in consumer spending offset a large portion of the increased payroll costs.

President Biden is likely to try to capitalize on that shift as he tries to deliver on his promise to raise the minimum wage, even if it does not make it into the $1.9 trillion aid package because of due to a ruling made by the Senate parliamentarian on Thursday evening.

Senator Josh Hawley, Republican of Missouri, went a step further by matching the proposal that Democrats have made for a $15 minimum wage on Friday. His plan comes with a big caveat, however, and would apply only to businesses with annual revenue of more than $1 billion.

“Megacorporations can afford to pay their workers $15 an hour, and it’s long past time they do so, but this should not come at the expense of small businesses already struggling to make it,” Mr. Hawley said.

Democrats are proposing a gradual increase that would phase in overtime. Janet L. Yellen, the Biden administration’s Treasury secretary, and former Fed chair suggested in response to lawmaker questions after her confirmation hearing that the long runway could help mitigate any costs.

“It matters how it’s implemented, and the president’s minimum wage will be phased in over time, giving small businesses plenty of time to adapt,” Ms. Yellen wrote.