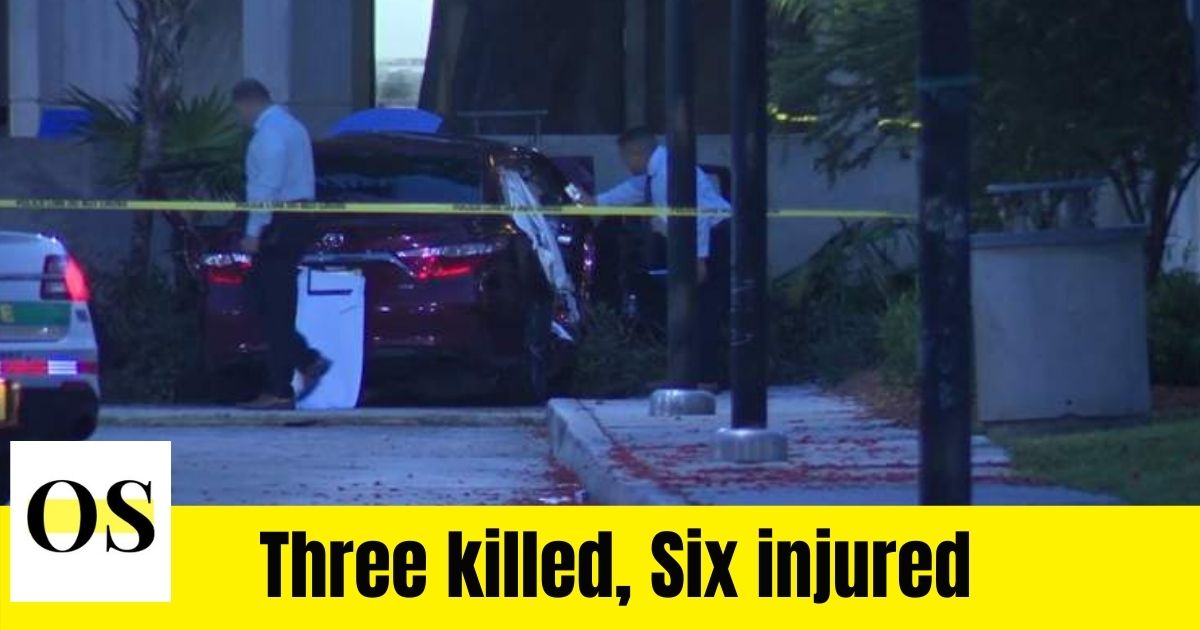 KENDALL, Fla. – Police in Miami-Dade are investigating a mass shooting that occurred early Sunday morning in Kendall after a graduation party.

Three persons were killed in the incident: two men and a lady. Three males and three women were among the injured.

People were starting to leave the party, which was hosted at a hookah lounge/restaurant at Southwest 104th Street and 109th Court when the mass shooting occurred at 2 a.m.

The woman who died worked as a prison officer in Florida, but authorities have yet to confirm which jail she was assigned to. Two vehicles approached the strip mall, according to authorities, and someone inside began shooting.

A dark-colored Chevy Malibu and a white Toyota Camry were characterized as suspicious automobiles. The six surviving victims all drove themselves to a local hospital and are in good health.

The emergency room space at Jackson South Medical Center was enclosed by police tape as authorities conducted their investigation. Loved ones gathered outside the hospital, waiting for news.

Three people were killed and 21 others were injured in a shooting outside a banquet venue in northwest Miami-Dade exactly a week ago. Call Miami-Dade Crime Stoppers at 305-471-8477 if you have any additional information.

At this moment, no arrests have been made in connection with either shooting.