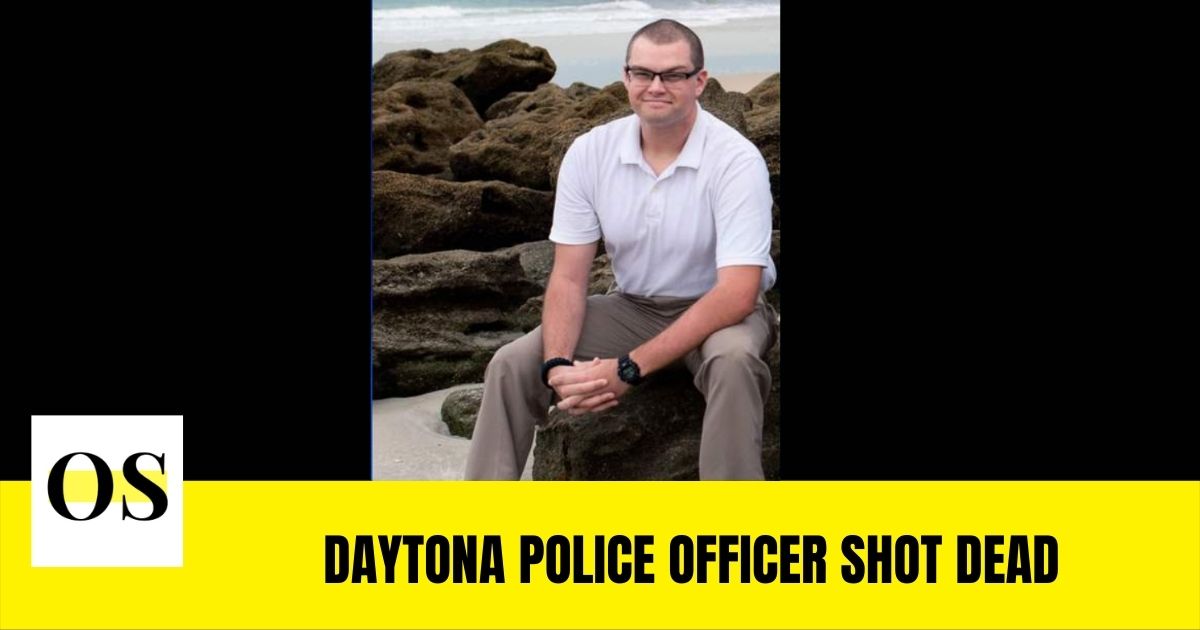 Raynor, who was with the Daytona Beach Police Department for nearly three years, was taken to Halifax Health in critical condition after being shot in the head. His condition remained critical after his surgery until Tuesday when officials said he died as a result of his injuries.

Raynor passed at 8:09 pm. with his family by his side.

Raynor is the 10th Daytona Beach officer to die in the line of duty.

Funeral arrangements have not yet been determined.

While updates from the Daytona Beach Police Department on Raynor’s condition are scarce in honor of her family, the department said last week the 26-year-old officer’s condition remained critical.

“We ask for continued prayers and thoughts and thank those of you who have shown support in so many ways,” the family said last week.

An active GoFundMe account for Raynor has raised over $375,000. Around 5,000 people have contributed.

Raynor was an officer in the Daytona Beach Police Department since 2019.

Prior to joining the DBPD, Raynor served as an officer in the Port Orange Police Department from October 2016 to February 2019.

“Officer Raynor was an exemplary officer in our agency, where he continues to be friends with many of our current officers and employees,” Port Orange Police said in a statement after the shooting.

Officials said Raynor received an award after helping rescue a woman who was attempting to jump off of the Dunlawton Bridge.

“Officer Raynor’s on-the-job accolades are surpassed only by his spirit and genuine concern for his brothers and sisters and the communities he serves,” the Port Orange police said.

Wallace remains in prison in Volusia County on an upgraded charge of first-degree murder. Earlier, he pleaded not guilty to first-degree attempted murder. He is scheduled to appear before a judge on Wednesday on the new charge.

After the shooting and the search for the suspect, Young said it was heartbreaking for the department.

“I am extremely heartbroken,” Young said. “We work very hard to try to change the narrative so that we don’t have issues that you see in other areas of the country as it pertains to law enforcement and the communities we serve.”

However, Young said the department remains committed to its community.

“I want to reassure our residents, the residents of this city, that even if we are hurt, and even though we are heartbroken, if you need us, we will be there,” Young said.