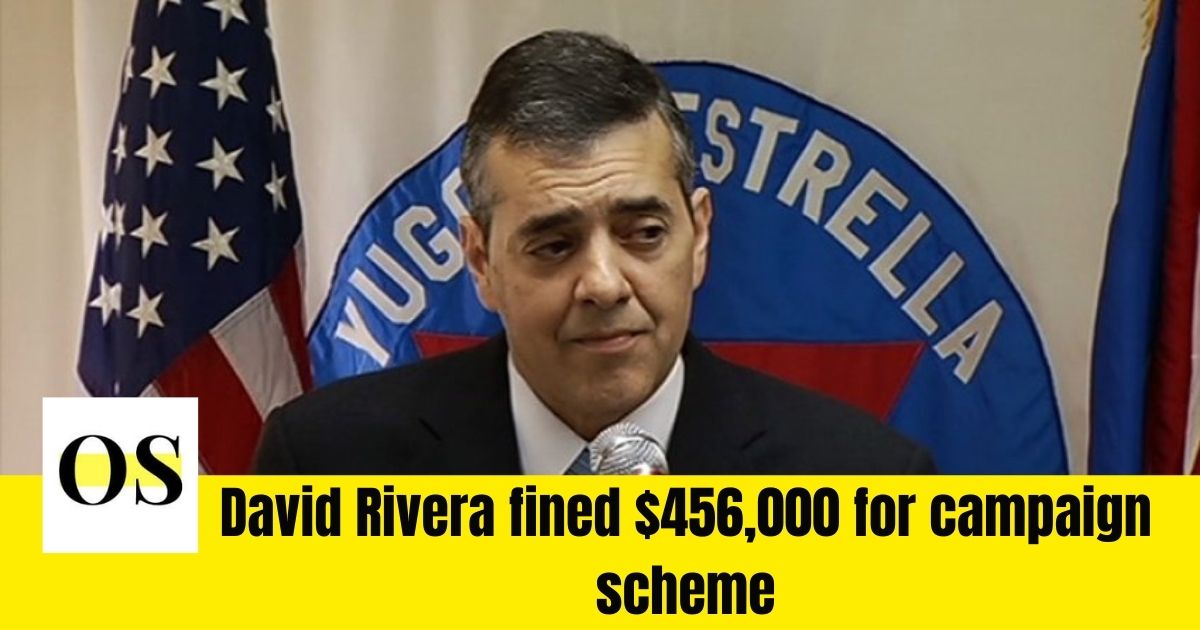 David Rivera, former Florida congressman has been involved in a scandal and a couple of lawsuits over the past 10 years. He was ordered to pay a fine of $456,000 to the Federal Election Commission for a civil lawsuit in which he allegedly carried out a scheme during a 2012 congressional primary to fund the campaign of Democratic candidate Justin Lamar Strenad to weaken the campaign of Rivera’s opponent, Joe Garcia.

The Federal Election Commission had accused Rivera in the complaint of making approximately $55,000 in campaign contributions in the name of another. Rivera has continued to deny any wrongdoing.

On Tuesday, the court granted the Federal Election Commission’s proposal for summary judgment, stating in an order that “the record evidence quite obviously paints a picture showing that Rivera engaged in a scheme to unlawfully fund the Sternad campaign.”

“And Rivera’s opposition brief fails to rebut or even address much of that evidence,” the order reads.

The Federal Election Commission sought a $456,000 civil penalty, which the court granted.

David Rivera had come under legal scrutiny before. He was under federal investigation in 2011 for his involvement in a secret consulting contract that a casino cut with a marketing company listed in his mother’s name, but the case went nowhere.

Moreover, the Miami-Dade State Attorney’s Office has also been preparing to charge former Florida Congressman David Rivera in a 52-count indictment alleging theft, money laundering and racketeering stemming from his use of public money and cash contributed to committees he used for political purposes — before the prosecutor’s office was persuaded by Rivera’s attorneys to drop the effort.

David Rivera also lost a court battle in 2016 concerning his finances as a state legislator, for which he was to be fined $58,000. However, he didn’t have to pay since he was no longer a member of the Florida House, which would have needed to enforce the fine.