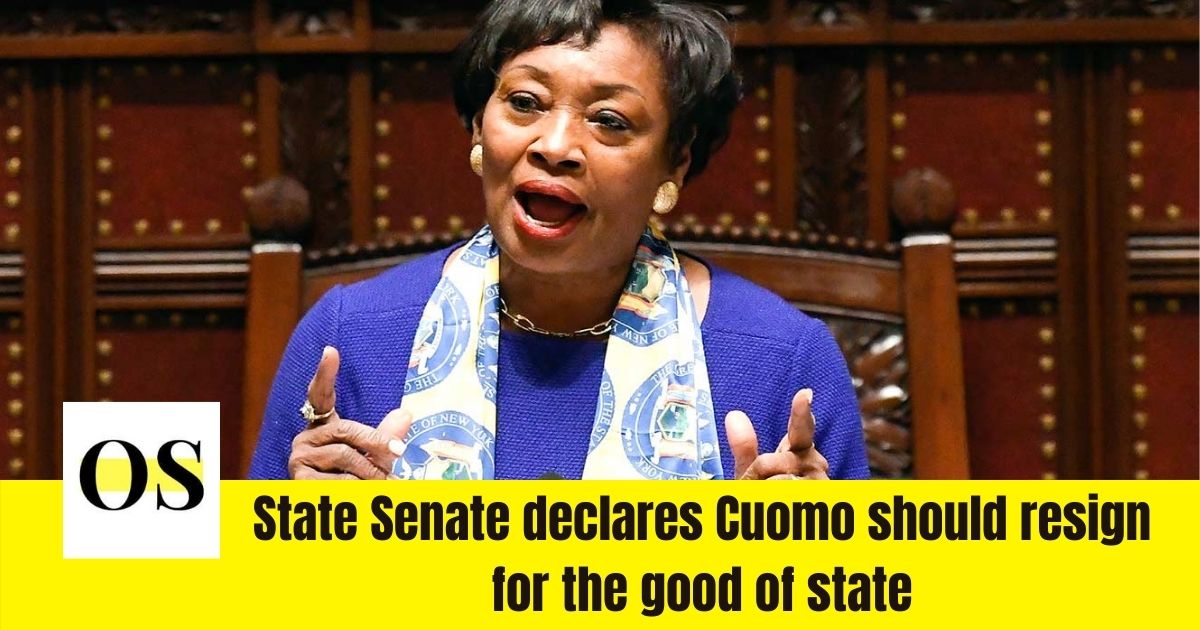 Governor Andrew Cuomo is working on maintaining control amid a sexual harassment scandal. A powerful Democratic leader of the New York State Senate declared on Sunday that the governor should resign “for the good of the state.”

Senate leader Andrea Stewart-Cousins and Assembly Speaker Carl E questioned the “governor’s ability to continue to lead this state” — suggested that Mr. Cuomo, a third-term Democrat, had lost his party’s support in the State Capitol, and cast doubt on his ability to withstand the political fallout.

In a series of interviews with The Times, Ms. Bennett, 25, said that Mr. Cuomo, 63, had asked her invasive personal questions last spring about her sex life, including whether she had slept with older men, and whether she thought age made a difference in relationships.

Ms. Bennett is one of five women who have come forward in recent days with allegations of sexual harassment or inappropriate behavior against Mr. Cuomo, with one predating his tenure as governor.

Governor Cuomo, however, was adamantly resisting calls for his resignation, arguing he was elected by the people, not “by politicians.”

“I’m not going to resign because of allegations,” the governor said, calling the notion “anti-democratic,” and a violation of the due process clause of the Constitution. “There is no way I resign.”

On Sunday, the Governor made a statement not long after Ms. Stewart-Cousins had informed Mr. Cuomo via a phone call that she was about to call for him to step down, according to a person with knowledge of the conversation; Governor Cuomo then quickly convened his own news conference to pre-empt her announcement.

He told reporters that his remarks were directed at “some legislators who suggest that I resign.”

“We need to govern without daily distraction,” said Ms. Stewart-Cousins, citing the allegations of sexual harassment and a “toxic work environment,” and his handling of the state’s nursing homes during the pandemic. “Governor Cuomo must resign.”

Ms. Stewart-Cousins is the most prominent New York State official to call for Governor Andrew Cuomo’s resignation, and her statement carries significance: Her Senate would be the jury for any impeachment trial of the governor, if such an action were passed by the Assembly.

It also carries symbolic weight: In 2008, when Governor Eliot Spitzer resigned during a prostitution scandal, his decision was partially precipitated by a loss of support from Albany’s legislative leaders.

Mr. Heastie did not call for Mr. Cuomo to resign, but suggested that it was time for him “to seriously consider whether he can effectively meet the needs of the people of New York.”

On Sunday, the governor  reiterated his message to New Yorkers that they should withhold judgment until an inquiry overseen by the state attorney general, Letitia James, could examine the allegations, a process that could stretch on for months.

Governor Cuomo also suggested some of the claims lacked credibility, taking particular issue on Sunday with an account in The Post concerning Karen Hinton, a former aide who was working as a paid consultant for Governor Cuomo when he was United States secretary for housing and urban development. Ms. Hinton told The Post that in 2000, the governor summoned her to a hotel room and gave her an unsolicited “intimate embrace.” She said he attempted another, which she said she resisted.

“Every woman has a right to come forward. That’s true. But the truth also matters. What she said is not true,” Governor Cuomo said of Ms. Hinton. “She has been a longtime political adversary of mine.”

Ms. Hinton said in a statement to The Times on Sunday that “truth is the ‘longtime adversary’ that Cuomo fears the most.”

“Trump may be gone, but Cuomo has stepped right into his shoes by blaming the abused for his own abusive behavior,” she added.

He said those seeking his resignation, including some Democratic lawmakers in Albany and Representative Kathleen Rice, a Long Island Democrat, before a full investigation had been completed were doing so for political reasons.

However,  the scrutiny over Governor Cuomo’s behavior and a separate firestorm over his top aides concealing data on nursing home deaths in the pandemic has already altered the balance of power in New York, loosening Governor Cuomo’s once firm grip on state governance.

Governor Cuomo said he would sign the Legislature’s measure limiting his own powers. Lawmakers will now have the ability to review and comment on any changes to pandemic guidance such as his decision, which he announced on Sunday, to increase restaurant capacity outside of New York City to 75 percent.

The second account that emerged on Saturday night came from Ana Liss, a former aide who told The Wall Street Journal that the governor had made her uncomfortable by asking her questions about her romantic life and kissing her on the hand. On Sunday, Ms. Liss said on Twitter she shared her story because she believed it “may help bolster those shared by other women.”

“This is just ‘how things are’ for women in Albany, in politics, in any high-pressure workplace,” she wrote. “I think we deserve better.”

Governor Cuomo said that exchange was consistent with his general comportment with his staff.

“I say to people in the office, ‘How are you doing? How’s everything? Are you going out? Are you dating?’” Governor Cuomo said when asked of Ms. Liss’s accusations. “That’s my way of doing friendly banter.”

Ms. Bennett said the governor had complained to her of being lonely and wanting a girlfriend in Albany, and said he “was fine” with being involved with women in their 20s, statements she took as clear indications of a sexual overture.

“I understood that the governor wanted to sleep with me,” Ms. Bennett told The Times. “And felt horribly uncomfortable and scared.”

Governor Cuomo did not deny asking personal questions of Ms. Bennett and others, but has tried, repeatedly, to argue that he was not making advances, and that some of his statements may have been misconstrued.

“I never knew at the time that I was making anyone feel uncomfortable,” he said at a news conference on Wednesday. “I certainly never, ever meant to offend anyone or hurt anyone or cause anyone any pain. That is the last thing I would ever want to do.”

Ms. Bennett’s allegations closely followed an account by another former aide, Lindsey Boylan, a former top economic development official in the Cuomo administration, who said that the governor had once invited her to play “strip poker” and given her an unwanted kiss on the lips in his Manhattan office in 2018. Governor Cuomo has flatly denied these accusations.

Mr. Cuomo has seemingly expressed the most contrition about Ms. Bennett’s claims — which she repeated during two nights of interviews on CBS last week — including apologizing last week to “the young woman who worked here who said that I made her feel uncomfortable.” On Sunday, Mr. Cuomo repeated his assertion that he “was never aware at the time that Ms. Bennett felt uncomfortable.”

Shortly after her encounter with the governor, Ms. Bennett reported his actions last June to the governor’s chief of staff, Jill DesRosiers, and had quickly been transferred to another job, with an office farther from Mr. Cuomo. Ms. Bennett also told a special counsel to the governor, Judith Mogul, about her experiences, before deciding she did not want to pursue an investigation.

Ms. Bennett said she made it clear to Ms. Mogul that she believed the governor was grooming her for sex, but also that she feared retaliation for reporting his behavior. In a statement on Friday, Ms. Mogul said she had “acted consistent with the information provided, the requirements of the law, and Charlotte’s wishes.”

Last week, Ms. James ordered Ms. Mogul and others in the Cuomo administration to safeguard any records related to the pending investigation. The inquiry could focus on both the individual claim as well as the state’s response.

Ms. James is said to be close to choosing an outside law firm to conduct the investigation of Mr. Cuomo. A source with knowledge of her thinking said that Ms. James was committed to continuing her investigation, regardless of what action the governor takes.

Until that report is issued, however, Governor Cuomo says he wants to “do my job.”

“This is not about me, and accusations about me,” he said. “The attorney general can handle that.”