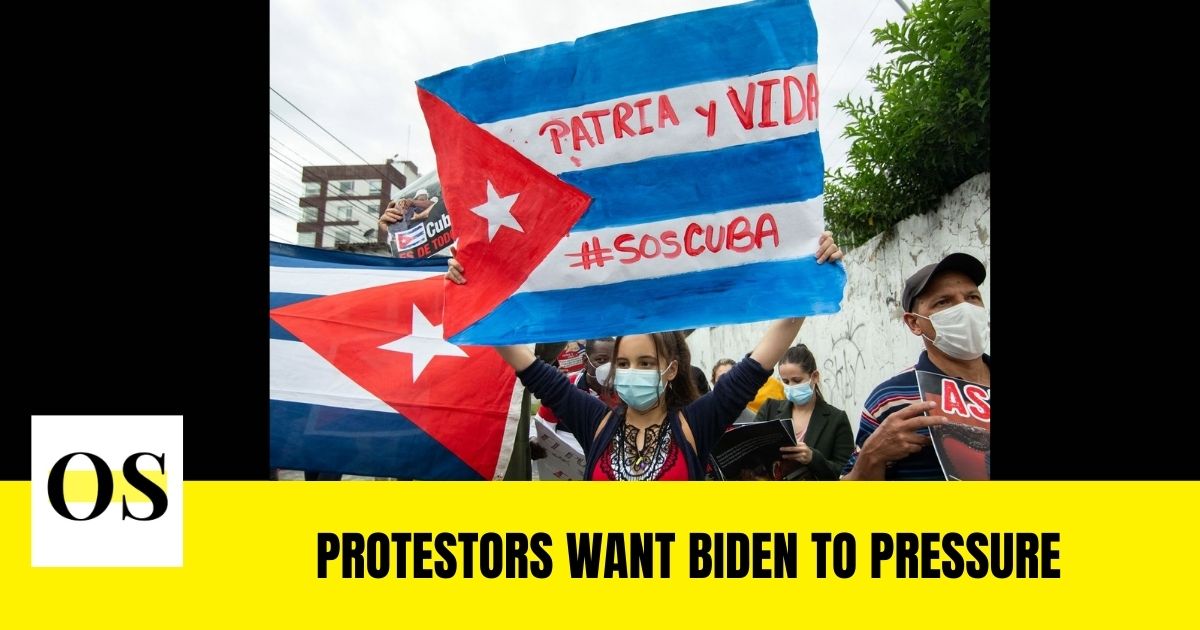 Miami, Fl. – Thousand Cuban-American protesters in Washington protest in front of White House and want President Joe Biden to do more to pressure the regime.

Thousands of anti-regime protesters gathered outside the White House on Sunday and stayed overnight until Monday to pressure Joe Biden to address socialist Miguel Diaz-Canel’s actions against the Cuban people.

The group stayed at night for planned candlelight at midnight to mark the 26th of July Movement, a Cuban national holiday commemorating the 1953 attack when Fidel Castro made his first attempt to overthrow the then Cuban dictator Fulgencio Batista.

“I’m 27 and I never thought I’d live to see something like this,” said Perez, a Hialeah resident who moved to the United States from Cuba seven years ago. “We need to make sure there’s pressure for people who didn’t have to go through what I went through to know what’s going on in Cuba.”

More people arrived in DC in the early hours of Monday and immediately went to the White House to join the protest.

An 18-wheeler with “S.O.S. Cuba” spray-painted on its trailer did laps around the White House honking its horn, and the crowd on Monday morning swelled to a few thousand people.

More and more people are moving to Washington to support Cuban-American protesters.

Everyone is waiting to see how President Joe Biden reacts to this. Stay tuned with us for more updates.