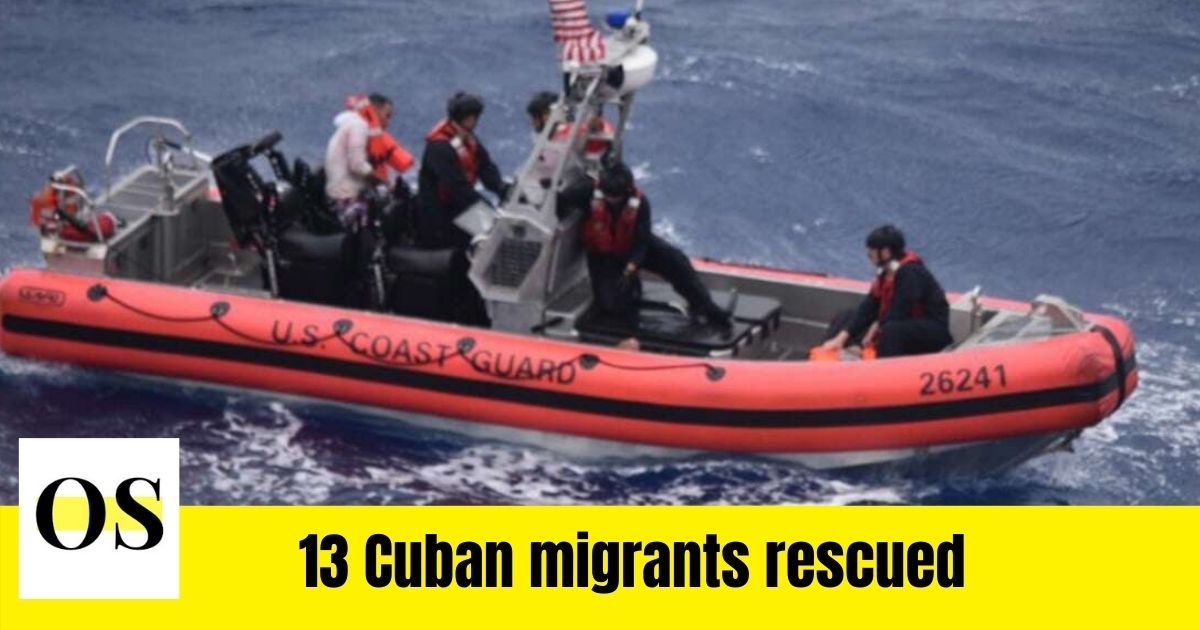 Cubans are fleeing in growing numbers to the United States, where they are encountering calamities on the high seas, as the country faces one of the greatest economic crises since the Castro revolution began.

Two Cuban migrants were killed and ten others were missing when their boat capsized in the Florida Straits south of Key West this week, with the US Coast Guard rescuing eight survivors on Thursday and continuing their search on Friday.

Last November, when the number of migrant crossings began to rise during the island nation’s meltdown amid the COVID-19 outbreak, a flimsy boat carrying as many as 17 Cubans was lost.

Family members of the latest missing migrants, who left Puerto de Mariel, Cuba, on Sunday, were still holding out hope that they would be found.

Raul Capote, 35, who relocated to Miami from Mariel 15 years ago, stated, “The families are going insane.” “This area has a sizable community. Many individuals in this town are familiar with the passengers on the boat. We’re very much like family.”

Since the news of the disaster at sea came on Thursday, Capote said, family and friends in Mariel have been reaching out to him on a regular basis. The boat carrying the migrants overturned on Wednesday night and has yet to be discovered.

He admitted, “I honestly don’t know what to tell them.”

Despite a policy change in the United States that no longer enables Cuban migrants to remain in the country after reaching its beaches, an increasing number of people are risking their lives by crossing the Florida Straits in improvised, unseaworthy vessels.

According to the Coast Guard, far more Cubans are risking the perilous trek this year than they were last year.

The federal government keeps track of attempted migration by fiscal year, which starts on Oct. 1. With seven months left in the fiscal year, the Coast Guard claims to have intercepted 298 Cubans at sea, compared to 49 for the entire fiscal year 2020.

The new surge appears to be the result of a combination of the island’s poor economic status and a lack of authorized migration pathways. According to William LeoGrande, a professor at American University in Washington and a Latin America expert, those conditions have accompanied every migrant crisis in the past, beginning with the Camarioca boatlift in 1965, six years after Fidel Castro’s ascent to power.