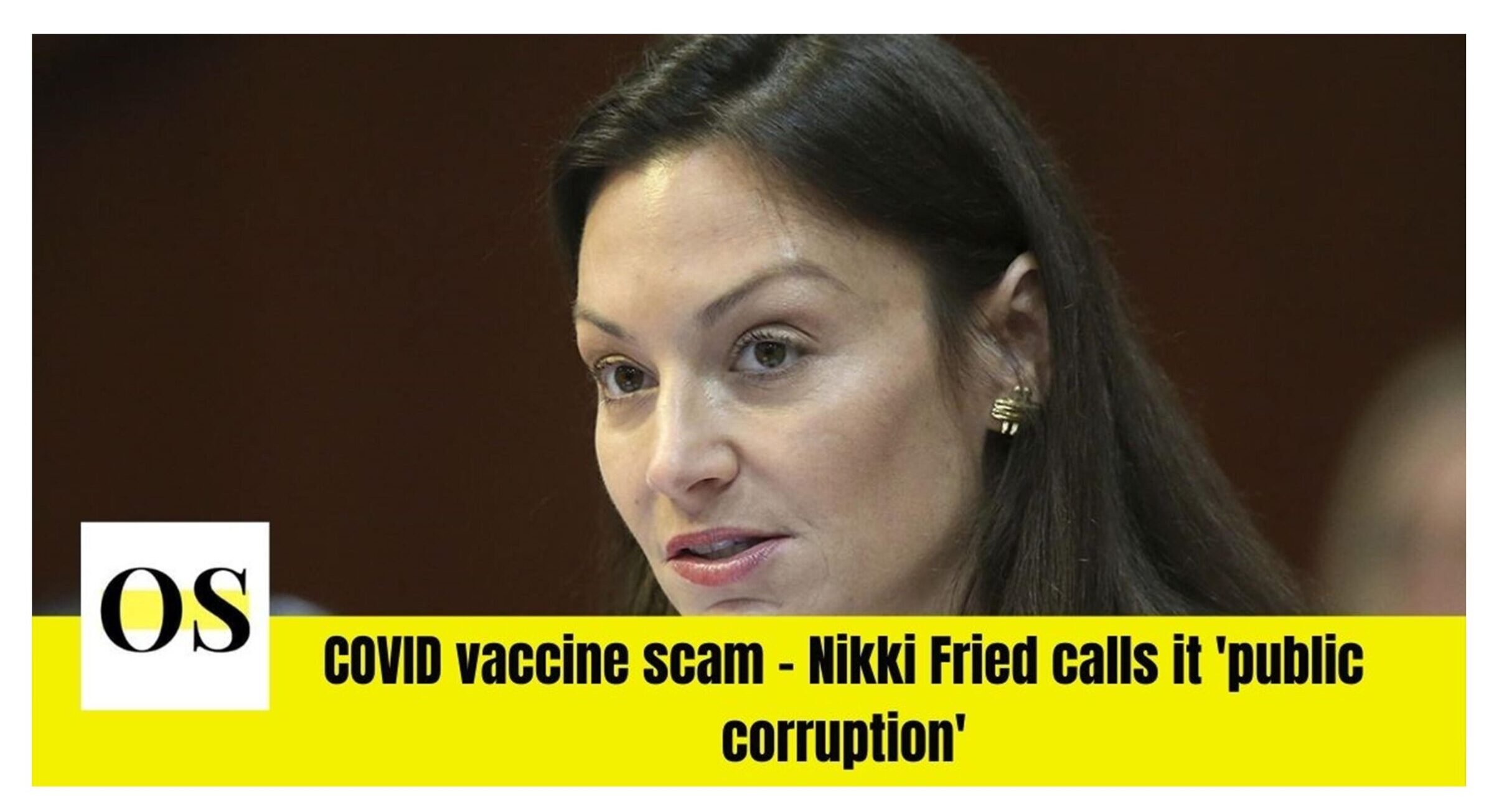 COVID vaccine distribution is allegedly a ‘pay to play’ scheme according to top Democratic officials.  United States Justice Department requested an investigation into Governor Ron DeSantis as the Democratic officials claimed that the Governor had directed vaccine doses to communities in the state’s wealthiest ZIP codes in exchange for campaign contributions.

Agriculture Commissioner Nikki Fried and Senate Democratic Leader Gary Farmer issued separate statements urging the United States Attorney and the Federal Bureau of Investigations to look into whether the $3.9 million in contributions made to Governor Ron DeSantis’s political committee since December alone were connected to favorable treatment for the COVID-19 vaccine distribution.

A publication made on Friday had stated that  “over the course of the last two weeks, the Medical Center has vaccinated over 1,200 homeowners who qualify under the State of Florida’s Governor’s current Order for those individuals who are 65 years of age or older.”

Around that same time, the state data on the COVID-19 vaccinations by ZIP codes showed that the low-income neighborhoods tended to get hit harder by the COVID-19 spread but the wealthier neighborhoods were getting shots at a faster rate than the rest of the state.

Governor Ron DeSantis made a contradicting statement by denying having any involvement with the COVID vaccine distribution at the Medical Center at Ocean Reef. He said that the COVID vaccinations were handled by a “South Florida hospital,” which later was identified as Baptist Health System.

“That was not a site that we were involved in in the Keys,’’ Governor Ron DeSantis said at a news conference Thursday in Crystal River.

Monroe County officials later told the Times/Herald that the vaccine distribution to the wealthy community was coordinated by the state and the hospital system.

“Ocean Reef Medical Center received the vaccines as part of the Governor’s program to vaccinate communities with a population of 65-plus with a homeowner’s association and onsite medical center with the ability to administer the vaccines,” Kristen Livengood, Monroe County spokesperson, said in an email Thursday.

A Lighthouse Point Democrat, Farmer told reporters in Tallahassee that if Governor DeSantis had no role and the wealthy community received no special treatment, “then, Governor Ron should not fear an investigation at all. Let’s get that out in the open.”

As mentioned earlier, Baptist Health was one of the hospitals that received the COVID vaccines in January. They were to distribute to people over age 65 and high-risk patients. However, by January 19, three days before the emailed newsletter was sent to Ocean Reef residents, Baptist Health announced that it was canceling all first-dose vaccination appointments booked for Jan. 20 and later and no new appointments would be taken.

“Unfortunately, your appointment to receive the first dose of the COVID-19 vaccine at Baptist Health has been canceled due to uncertainty of vaccine supply,’’ the hospital system wrote to thousands of seniors and people with underlying medical conditions in an email.

Governor DeSantis applauded the hospital for providing doses to the Ocean Reef Club, an ultra-exclusive neighborhood that, according to Sotheby’s International Realty, has more than 2,100 members who live there either full or part-time.

“I support the hospitals doing that and really being proactive and trying to reach as many seniors as possible,” the governor said. He called the Miami Herald story a “really, really poorly executed hit piece.”

On Thursday Dori A. Alvarez, Baptist Health spokesperson said in an emailed statement that the health system “has been working with the State of Florida to provide logistical support to distribute COVID-19 vaccine doses across the South Florida community through hospitals, clinics, and partners, from Palm Beach to the Florida Keys, including the Medical Center at Ocean Reef.”

Governor DeSantis’ campaign reports show that since December the governor has raised a total of $3.9 million and, on Feb. 25, one resident of Ocean Reef, Bruce Rauner, the former Republican governor of Illinois and former chairman of the Chicago-based private equity firm GTCR, wrote a $250,000 check.

Nikki Fried and Farmer have requested the United States Justice Department to investigate this matter.

“If this isn’t public corruption, I don’t know what is,’’ said Fried at a news conference Thursday.

Nikki Fried accused Governor DeSantis of using the COVID-19 vaccine distribution “for political and personal gain ” by “auctioning them to the highest bidder” and said she was meeting with FBI officials to ask the public corruption unit to investigate.

“I know fact patterns. I’ve seen up close and personal, crime,’’ she said. “I don’t need a law degree from Harvard to know that when there is smoke, there is fire.”

“I am writing you to express my utmost concern about a number of troubling reports related to COVID-19 vaccine distribution in Florida, raising questions whether any quid pro quo was involved in the allocation of these vaccines, and to request that your office conduct a full and thorough investigation into any potential wrongdoing on the part of Governor DeSantis,’’ Farmer wrote in a letter to acting U.S. Attorney General Monty Wilkinson.

Furthermore, Nikki Fried also accused Governor Ron of not being transparent about this matter.

“How did they get to the hospitals?” Fried asked. “Who made this specific request?’’ she asked. “And so that’s why we’re asking for the investigation because there’s a lot of unanswered questions and a huge amount of paper trail that we need to cover.