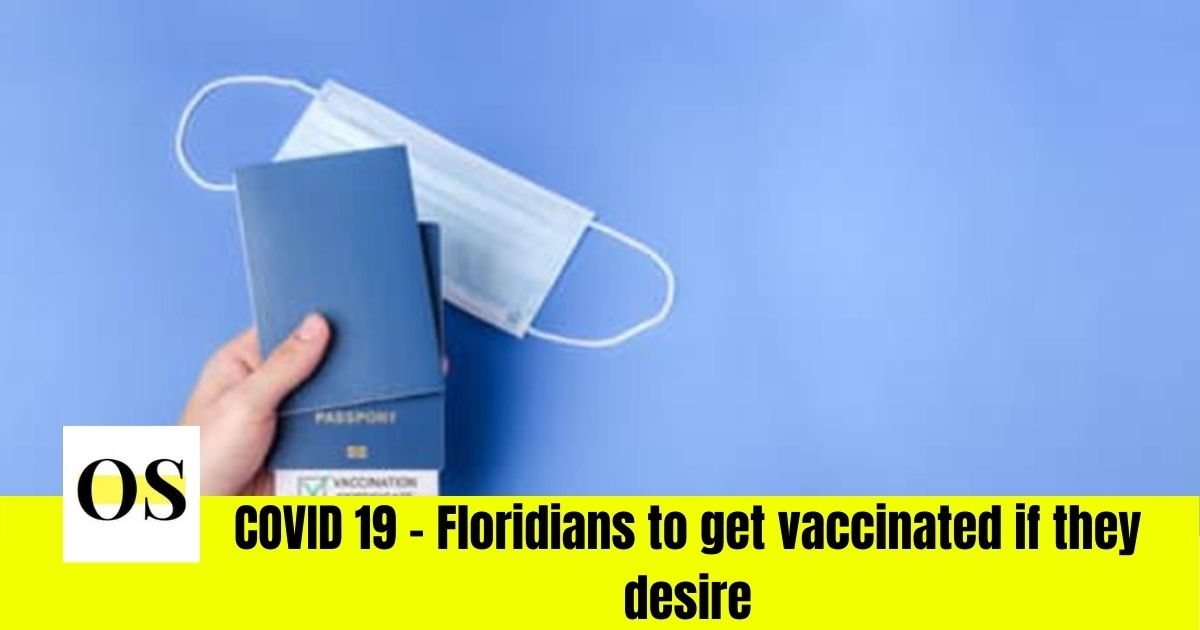 COVID 19 vaccine is now optional if the governor gets his way with it. After his vaccine controversy, here is another huge statement that is going viral.

Florida residents who plan to attend concerts and major sporting events in the pretty Sunshine State will not have to show proof that they have received the COVID 19 vaccine if Governor Ron DeSantis gets his way. The European Union recently announced its “Digital Green Certificate”. This would allow those who are fully COVID 19 vaccinated to travel freely across the bloc, Governor Ron DeSantis cautioned against so-called “vaccine passports.”

On Thursday, Governor DeSantis said that “I just want to make very clear in Florida, we are not doing any vaccine passports. All those experts said that it was a bad idea. I think it’s a bad idea and so that will not happen. And so folks should get vaccinated, if they want to, we’ll obviously provide that, but under no circumstances will the state be asking you to show proof of vaccination, and I don’t think private companies should be doing that either,”.

Moreover, he said each Floridian should decide for themselves whether they get the vaccine and what types of activities or events they’re comfortable attending.

“To start going down the road of vaccine passports, I mean, you have some of these states saying to go to a sporting event, you have to show either a negative test or a vaccine proof. I think you just got to make decisions. If you want to go to an event, go to an event. If you don’t, don’t. But to be requiring people to provide all this proof, that’s not how you get society back to normal so we’re rejecting any vaccine passports here in the state of Florida,” Governor DeSantis said.

On Thursday, Governor Ron DeSantis had a discussion with Dr. Scott Atlas, professor Sunetra Gupta, Dr. Jay Bhattacharya, and Dr. Martin Kulldorf and they all disagreed with the idea of vaccine passports and said it could do more harm than good.

“The vaccine hesitancy data show that the people who are hesitant to take vaccines actually tend to be the working-class people, poor, poor people, minority populations. We’re going to then turn around and say, ‘You have to have a vaccine passport to participate in American life,’ it’s going to be a new vaccine Jim Crow. It’s a huge, huge mistake that will undermine trust in public health, and I think it’s just morally, it’s just morally wrong,” Bhattacharya, from Stanford University, said.

The Biden administration says it is up to the private sector and nonprofits to figure out how Americans can demonstrate that they have been vaccinated or tested. However, President Biden did ask for unity and corporation to fight the virus.

“It’s not the role of the government to hold that data and to do that,” Andy Slavitt, a White House virus-response adviser, said this week. “It needs to be private, the data should be secure, the access to it should be free, it should be available both digitally and in paper and in multiple languages.”

The idea isn’t new. On its destinations page, the Centers for Disease Control and Prevention lists each country and their vaccine requirements. Many ask for travelers to show proof that they’ve been inoculated against yellow fever, malaria, and other diseases.