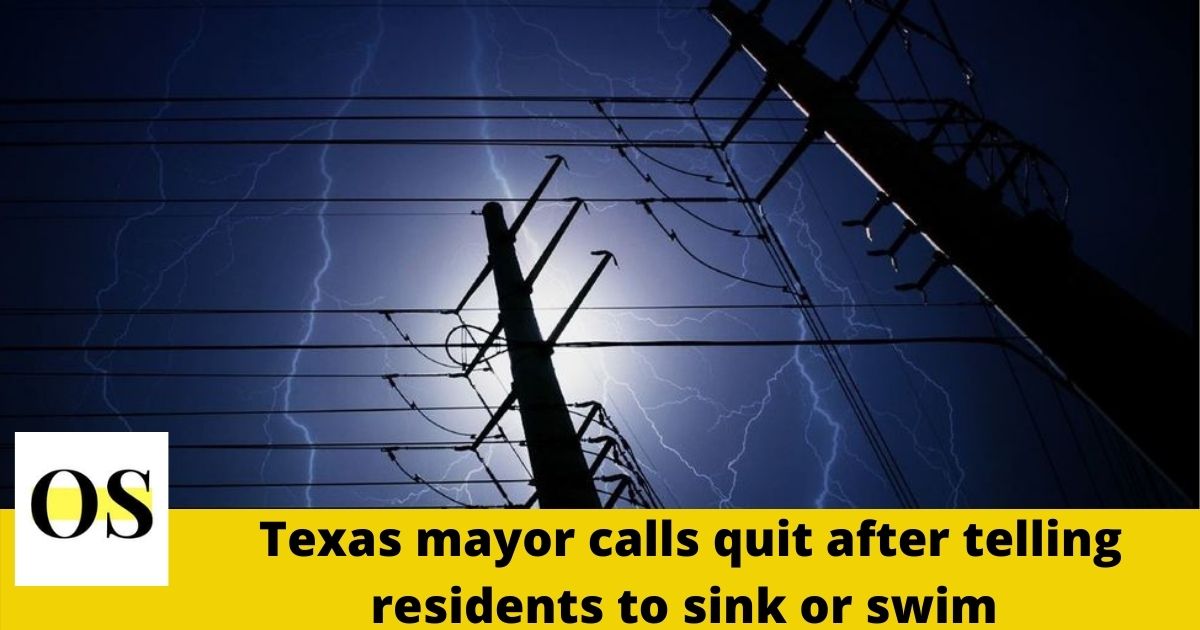 Tim Boyd, the former Texas mayor lashed out at his citizens by saying that he was “sick and tired of looking for the damn handout” and further went ahead to blame the government for this situation by calling it “a socialist government”.

“No one owes you or your family anything; nor is it the local government’s responsibility to support you during trying times like this! Sink or swim, it’s your choice! The City and County, along with power providers or any other service owe you NOTHING!,” Boyd continued in the career-ending rant he posted on a local community Facebook group.

He went ahead to say that, “If you are sitting at home in the cold because you have no power and are sitting there waiting for someone to come rescue you because your [sic] lazy is [a] direct result of your raising!” he wrote. “Only the strong will survive and the weak will perish [sic].”

“Bottom line quit crying and looking for a handout!!” he said, before finishing off his message in capital letters, “DONT [be] PART OF PROBLEM, BE A PART OF THE SOLUTION!!”

The post was deleted but circulated widely on social media. Boyd received intense backlash for his remarks and later announced he quit his office in another Facebook message.

Right after this harsh rant, he went ahead and apologized via a Facebook post which also stated that he had already “turned in” his resignation and had not signed up for re-election, though it remains unclear if he stepped down before sending his controversial post. His name remains listed as a city councilmember.

“I would never want to hurt the elderly or anyone that is in true need of help to be left to fend for themselves,” Boyd wrote. “I was only making the statement that those folks that are too lazy to get up and fend for themselves but are capable should not be dealt a handout. I apologize for the wording and some of the phrases that were used!”

Tim Boyd is no longer listed as mayor on Colorado City’s website. However, an agenda from a February 9th, 2021 council meeting does name him mayor.