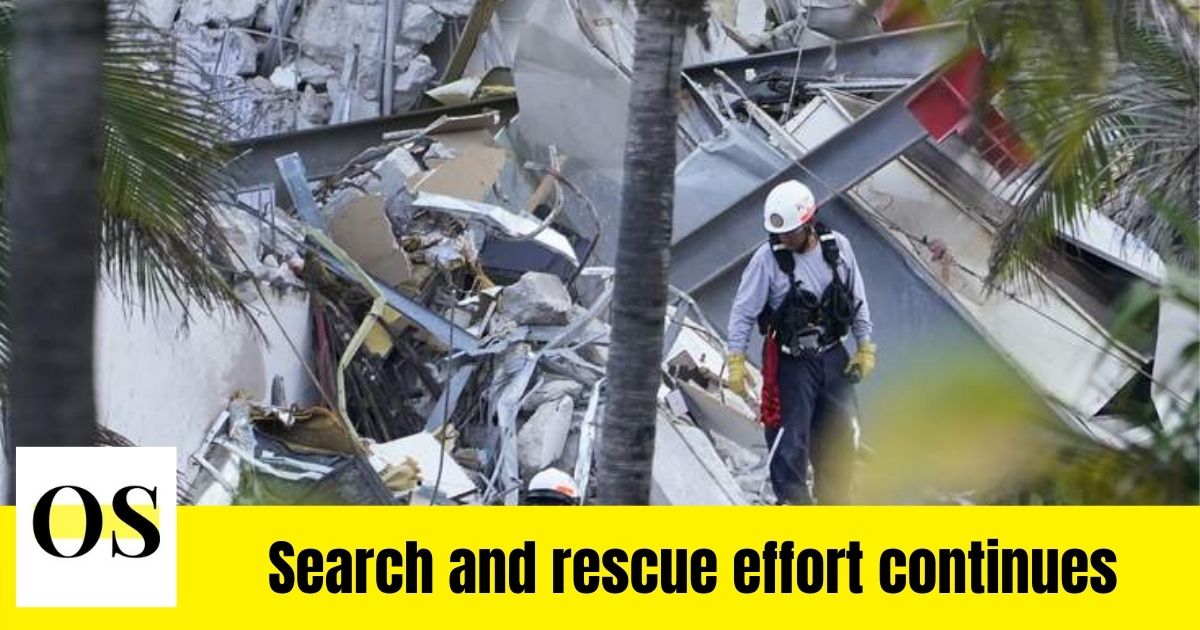 42 members of the Urban Search and Rescue Task Force 4 — which includes firefighters from Orlando, Orange County, Seminole County, Lake County, and Reedy Creek — will be headed to Surfside, where teams are still searching for survivors, according to a press release.

Weather, potentially falling concrete, and not knowing the specific cause of the collapse are among the challenges faced by crews, according to District Chief Walt Lewis.

People should still have hope for their loved ones, he said, and the task team will “act as if there are people to be saved.”

“In the sense that they keep this mission going by keeping on the game, it’s our staff that really run the bus. We have a lot of dedicated folks who are well trained and will be able to supplement that rescue effort down south,” Lewis added.

The Orlando Fire Department’s District Chief Spencer Bashinski stated that each of their deployments prior to this one to Surfside will allow them to be “as successful as possible.”

“I firmly believe, and I believe the command staff I’ve spoken with down there firmly thinks, that there is a very good probability that we will be able to rescue those who are still alive,” he said.

After three individuals were recovered from the rubble on Friday morning, officials stated that the death toll from the collapse had risen to four, leaving 159 people missing.

Crews are concentrating their efforts in locations where they have heard any type of disturbance, but Assistant Miami-Dade Fire Chief Raide Jadallah stated during a press conference that it is difficult to tell whether the noises are human-made or not.

Around 1:30 a.m. on Thursday, a portion of the 12-story skyscraper in Surfside collapsed. Florida’s emergency declaration was granted by President Joe Biden, allowing the state to receive federal help.