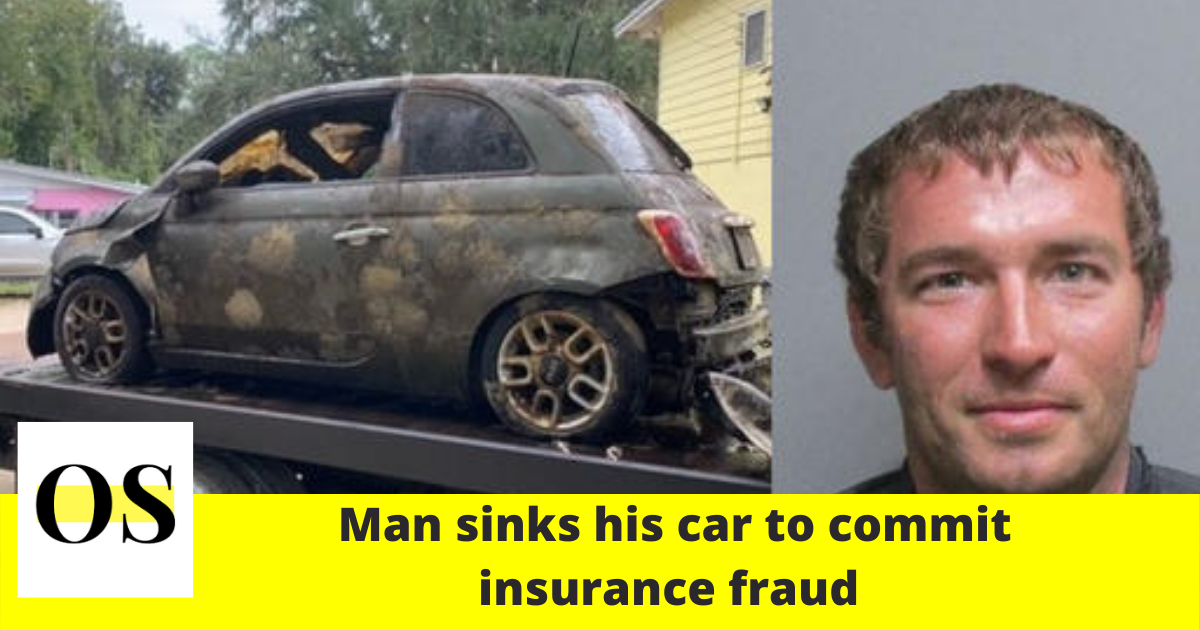 Reports say Barnes was telling the witness that he was purposely sinking his car so he could make a false insurance claim.

“The witness stated that on December 29, 2017, Barnes and the witness were traveling together in the Fiat 500,” deputies said. “Barnes drove the vehicle to a boat ramp in Putnam County where Barnes placed a rock on the accelerator and launched the car off a bulkhead next to the boat ramp into the canal where it sank to the bottom.”

“This is another great example of how guardianship policing works to solve crimes,” Sheriff Rick Staly said. “This witness gave vital information to our investigators and we were able to locate the vehicle and put this guy behind bars where he belongs. Criminal acts like this cause all our insurance rates to go up. We’d like to again thank the Putnam County Sheriff’s Office for their assistance in retrieving the vehicle.”

While investigating deputies found a large rock on the front driver side floorboard. Barnes was arrested Wednesday and booked into the Sheriff Perry Hall Inmate Detention Facility.