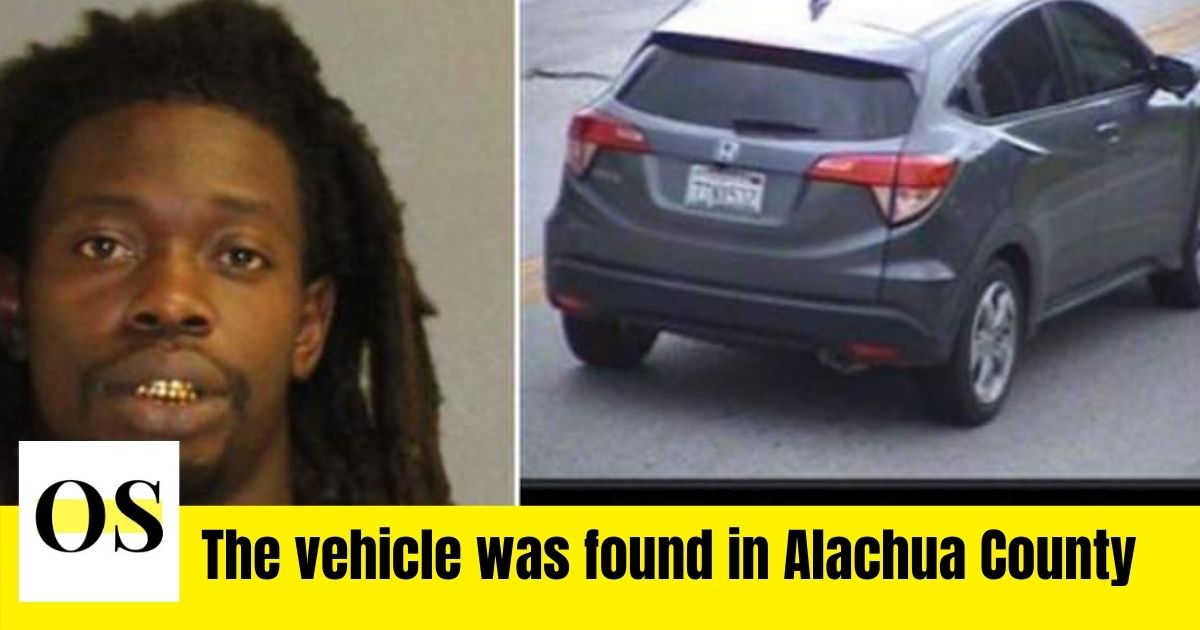 ALACHUA COUNTY, Fla. – According to the Alachua County Sheriff’s Office, authorities were able to collect the vehicle used in the shooting of a Daytona Beach police officer.

The vehicle was discovered on Saturday in the parking lot of a Home Depot, according to the sheriff’s office. Officer Jason Raynor, 26, was shot on Wednesday, and 29-year-old Othal Wallace fled in a gray 2016 Honda HR-V with the California license plate number 7TNX532, according to the Daytona Beach Police Department.

According to Daytona police, Victim Wallace was discovered 56 hours later in a treehouse on a property outside of Atlanta with multiple flash-bang grenades, rifle plates, body armor, two rifles, two handguns, and several boxes of ammo.

The sheriff’s office said, “We are grateful to be able to assist our fellow law enforcement community in settling this case, and we are also grateful to individuals who gave information and assistance that led to the discovery of the car.”

When authorities found the victim Wallace, Daytona Beach Police Chief Jakari Young said a member of the department was assigned to the US Marshal’s task force, and that member, along with several Daytona Beach police officers, were present when authorities took the suspect into custody and detained him with Raynor’s handcuffs.

Three other persons were arrested on the premises where Wallace was discovered, according to the police chief, but he could not say whether they will face prosecution for the crime.