California set a new record Sunday that the wildfires of 2020 have now scorched a record 4 million acres. 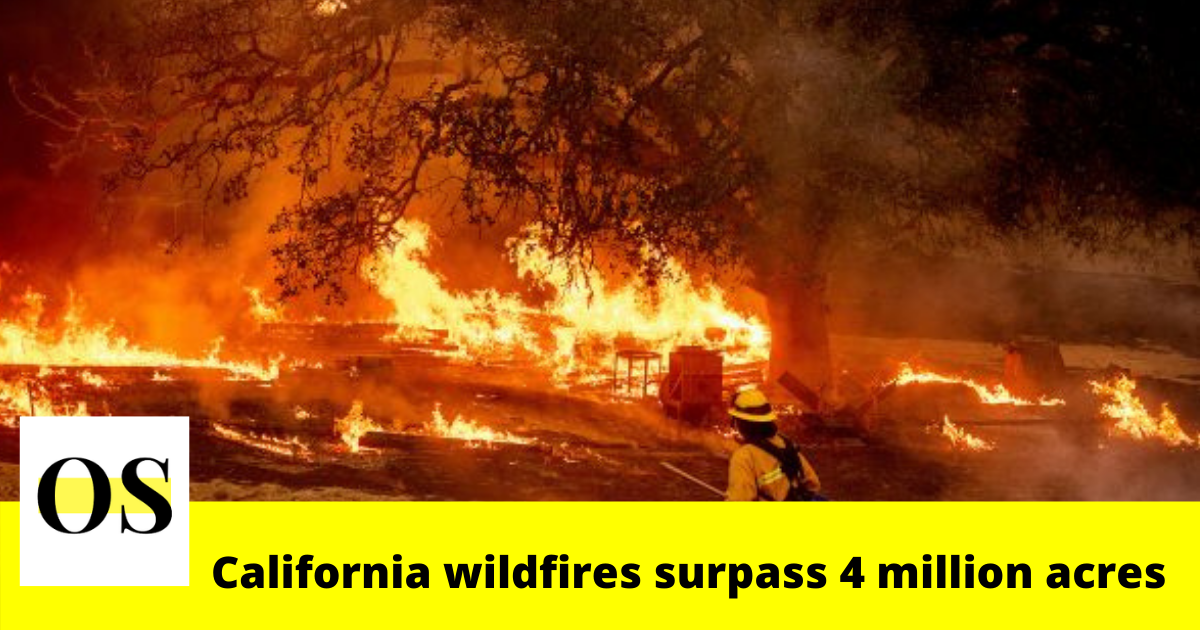 More than 8,200 California wildfires have killed 31 people and scorched “well over 4 million acres in California” or 6,250 square miles, Cal Fire said Sunday. According to scientists, climate change has made California much drier, meaning trees and other plants are more flammable.

“The 4 million marks is unfathomable. It boggles the mind, and it takes your breath away,” said Scott McLean, a spokesman for the California Department of Forestry and Fire Protection, known as Cal Fire. “And that number will grow.”

“In certain areas, we were able to get quite a bit of aircraft in. So we really pounded, a couple of different areas hard with aircraft,” Mclean said. “If the weather does what is predicted, we’re on that glide path I hope. But that doesn’t diminish the amount of work that still needs to be done.”

The powerful winds that had been expected to drive flames in recent days hadn’t materialized. This year fire potential remains high.

The escalation of fires in California and the U.S. West is “largely, not solely, due to human-caused climate change.”, says Mike Flannigan, who directs the Canadian Partnership for Wildland Fire Science at the Canada’s University of Alberta.