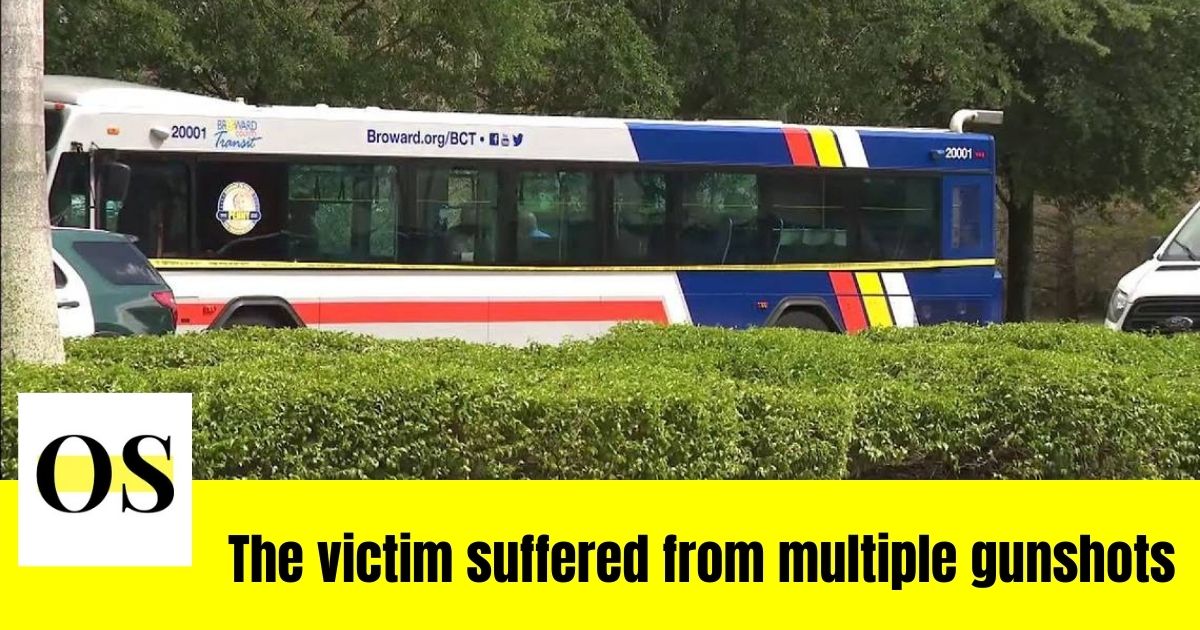 BROWARD COUNTY, FLORIDA- According to the authorities, the shooting that occurred on a Broward County transit bus claimed the life of one. The gunman is still reported to be on the loose.

According to the Broward County Sheriff, the Department had responded to a call that was received shortly before 2.00 p.m. reporting of a shooting incident. The incident occurred on a transit bus near the intersection of Southwest 35th street and south state road 7 in West Park.

Upon reaching the crime scene location, the BSO and the fire rescue crew found a man with several gunshots in the stomach. He was immediately transported to a hospital where he was pronounced dead.

According to deputies, they failed to locate anyone responsible for the crime even after establishing a perimeter and canvassing the area for the shooter.

According to the news, the witnesses aboard are being interviewed while the bus which is now a crime scene was towed away.

The investigators are conducting investigations actively to identify the cause behind the shooting.

Any witnesses or anyone with information is requested to call Broward Crime stoppers at 954-493-8477.