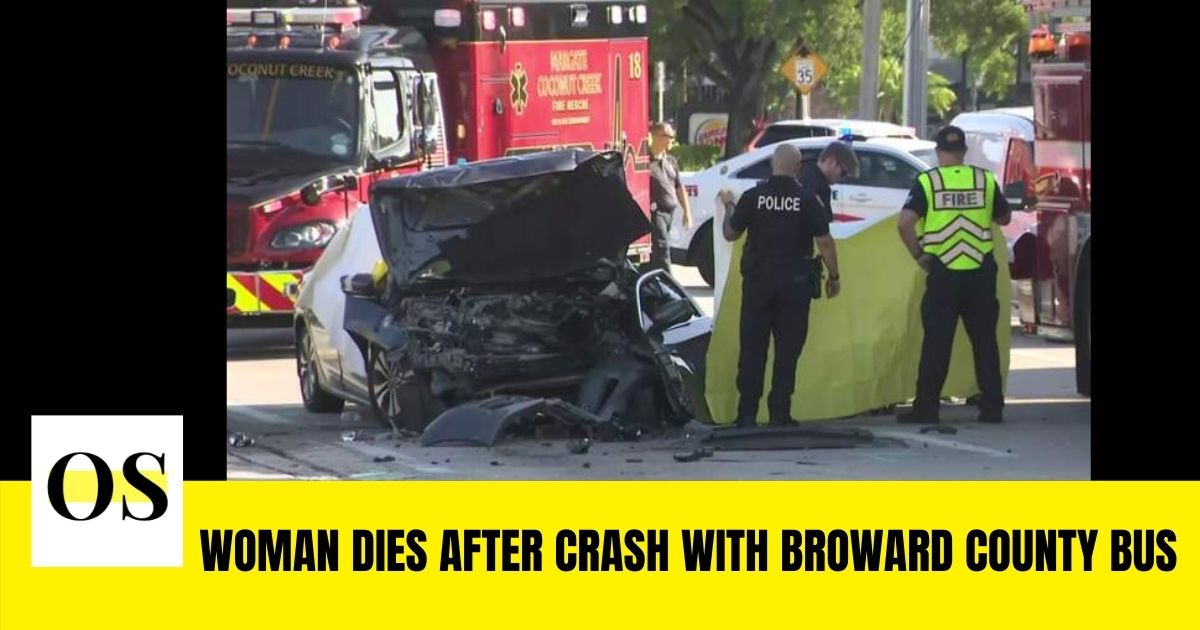 Margate, Fl. — A woman driving a Honda Accord died after a Broward County Transit bus collided in Margate on Friday morning, officials say.

This happened in the lanes on the southbound lanes of North State Road 7 which is just south of Atlantic Boulevard. The sedan can be seen with significant front-end damage after slamming into the rear of the bus.

The woman who was alone in the vehicle was driving a Honda Accord. She appears to have rear-ended the Broward County bus, according to the WPLG-Ch. 10.

Margate police say no one on the bus was injured, but the Honda driver was pronounced dead on the spot. Her name has not been released.

The southbound lanes were closed for some time as the police started the investigation.

Traffic in that area had slowed down, but the scene cleared and the road reopened after 9 a.m.