Christopher Pennington, 47,  went on a crime spree that involved him breaking into three homes and stealing two vehicles in Marion County. Records show he was caught yelling in someone’s yard. 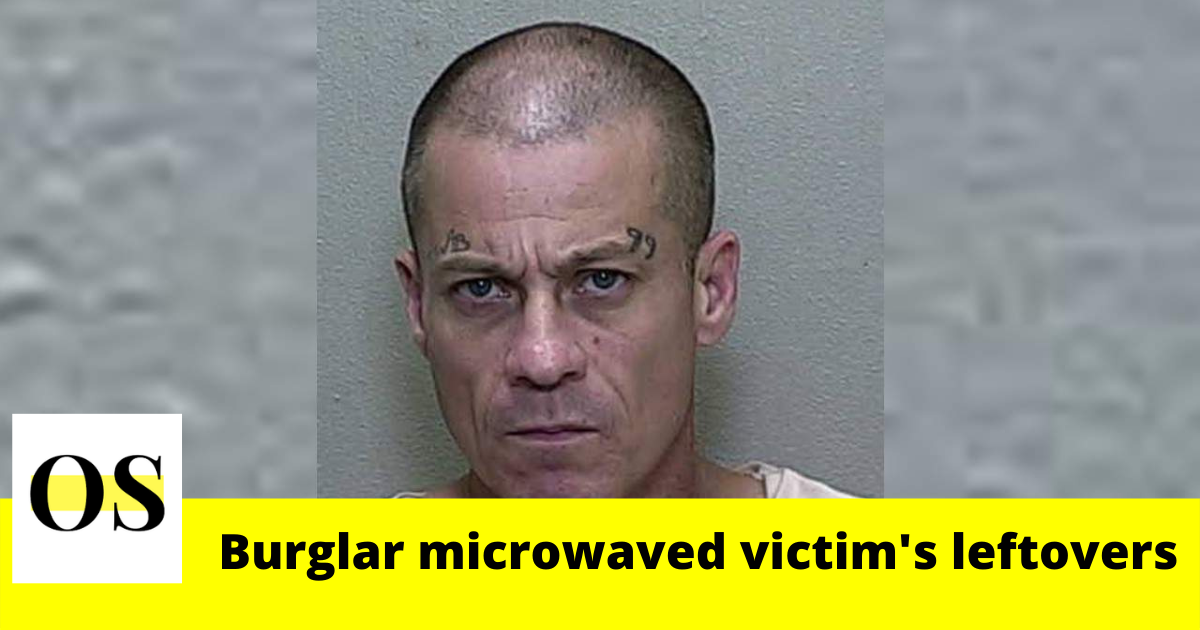 Jeremy Tapia, says his mother woke up early Wednesday morning to their fridge beeping. She thought he left it open so she closed it and went back to bed. Tapia said, “Ten minutes later she hears the microwave running”. Describing the incident Tapia added, “as soon as she sees him, she screams.” Pennington was heating their leftover rice in the microwave.

According to the reports, Pennington took off with Tapia’s father’s truck after his mother found him in their kitchen. The family still cannot believe what happened early in the morning. “No normal robber would just cook food in the middle of robbing someone’s house,” Tapia said.

Authorities said Pennington robbed another two Summerfield homes and stole another truck on that same night.  Dennis Adkins’, 73, was sleeping when he heard some noise and woke up to find Pennington rummaging through his closet. “I said I don’t know who you are, what you want, or what you’re looking for but you’re in the wrong place,” Adkins said. “I would have walked, but I don’t breathe so well, so yeah he put me in a predicament,” said Adkins. “The guy needs some help. He needs to be punished for what he’s done.”

Records show Pennington is now facing several charges for these activities. He was caught yelling in someone’s yard.