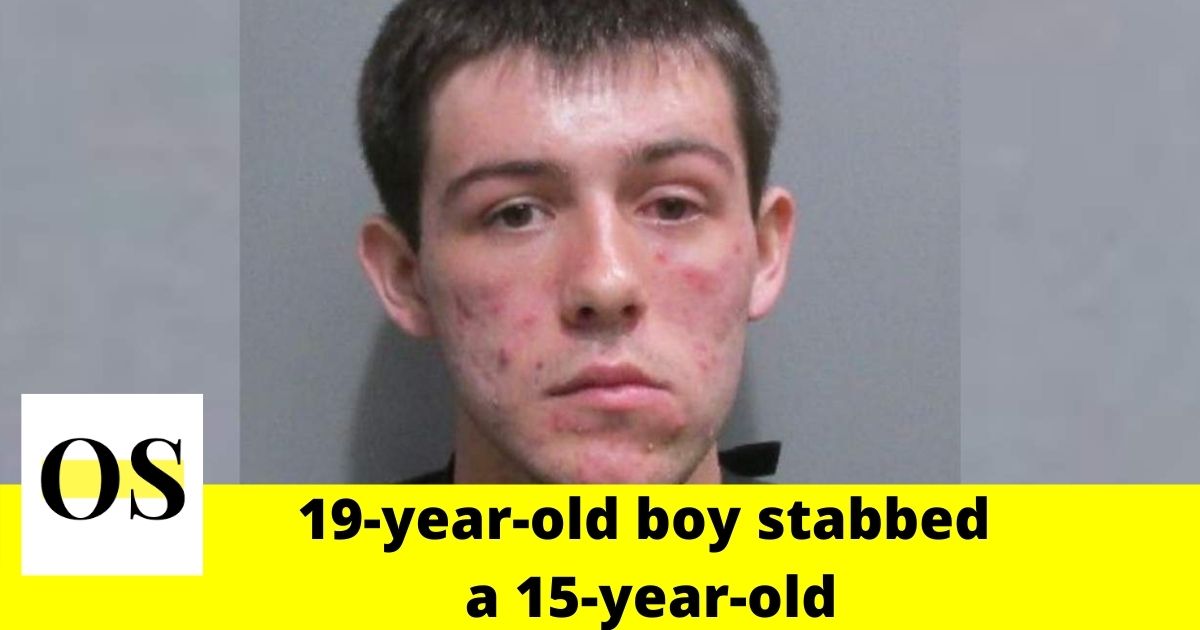 BUNNELL, FLORIDA: According to the Flagler County Sheriff’s Office, a man stabbed a 15-year-old boy since the victim and the suspect’s girlfriend was in a shoving match as they fought about a sexual charge.

Deputies said on Snapchat the victim and the 17-year-old girl had been exchanging messages back and forth that included at least one stabbing threat for about a week.

The arrest report did not provide any facts about the sexual charges.

According to authorities, on Sunday around 6:30 p.m., the 15-year-old boy and the 17-year-old girl kept on arguing on Snapchat when they were both at James F. Holland Memorial Park in Palm Coast. The argument heated up and the teens began shoving each other and one of them slapped the other across the face.

Authorities said Jared Wayne Douglas, 19, saw the boy fighting with his girlfriend and interceded. As Douglas in a physical fight stabbed the victim in the chest with a pocket knife.

A 911 caller said, “My friend just got stabbed by some person”. Authorities said Douglas went home in his red convertible BMW after the stabbing and asked for help from his friends to take the knife.

The 911 caller said, “They got up in my friend’s face and my friend pushed her away and they started ganging upon him”.