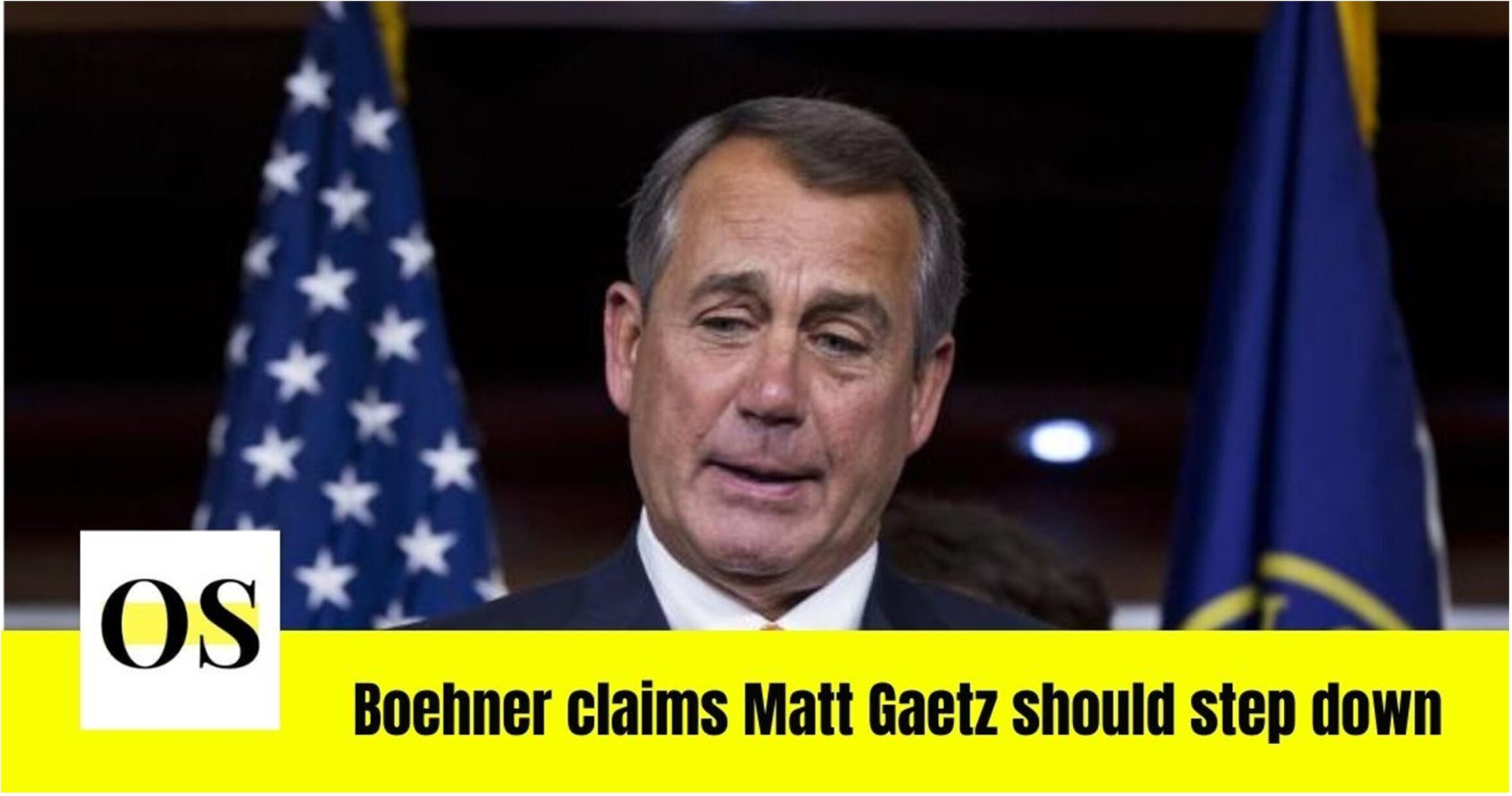 John Boehner is the former House Speaker. He told USA TODAY that embattled Rep. Matt Gaetz should resign if he is indicted.

“When a member gets in trouble, it splashes back on all the members,” John Boehner said in an interview about his memoir, “On the House,” which is being published Tuesday by St. Martin’s Press.

“Members are innocent until proven guilty,” he said, but then repeated the policy he followed during eight years as the leader of House Republicans: “If there’s an indictment, that was a clear line members were going to step down.”

Federal law-enforcement officials are investigating Gaetz on allegations of sex trafficking involving accusations that he had sex with an underage girl, then 17, and paid for her to travel with him. Gaetz has not been charged with a crime.

He has denied any wrongdoing and argued that he is the victim of a complicated extortion scheme. An outspoken ally of former President Donald Trump, Gaetz also has accused the news media of waging a partisan campaign against him.

One of Gaetz’s associates, Joel Greenberg, is negotiating a plea deal with prosecutors.

On eight or 10 occasions, Boehner said, he called in congressional Republicans enmeshed in scandals.

“Is there more to this?” he would ask. “Yes? All right, you’ve got one hour to resign, or I’m going to go to the floor and move to throw you out.’

He said all the members who received that warning chose to resign.

“When you’re the leader, you’ve got a responsibility to the institution to be rid of these people, if in fact, they’ve done things that are going to bring disrepute on the House,” Boehner said.

On Thursday, Illinois Rep. Adam Kinzinger became the first sitting member of Congress to call for Gaetz to resign.