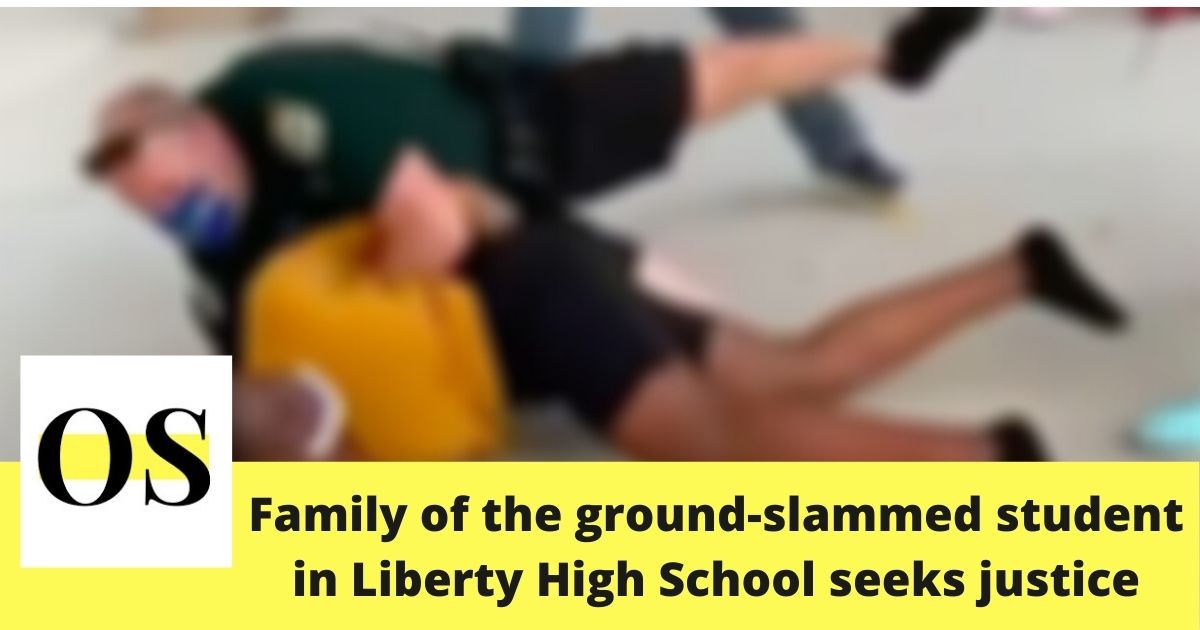 KISSIMMEE, FLORIDA- The Florida Department of Law Enforcement urged anyone with a video that clearly shows the school resource officer slamming the student to the ground.

According to a video that was uploaded on social media, Taylor Bracely, 16, of Liberty High School was slammed to the ground by the school’s resources officer, County Sheriff’s Deputy, Ethan Fournier.

The FDLE requests anyone with information related to the incident to step forward and contact the Department on 800-226-8521.

According to Sheriff Marcos Lopez, Fournier had only tried to stop a “disruption at a school function” when Bracey went after another student and wasn’t complying with his demands.

The video on social media shows that Bracey was put in handcuffs by Fournier during which she doesn’t appear to move while another Deputy stands over them.

The sheriff also included that Bracey was medically treated post-incident and doing fine.

Attorney Benjamin Crump is to represent Bracey and her family.

It was confirmed by Lopez that the agency decided to turn over the investigation to FDLE as a criminal investigation. He also added, “We will have zero, absolute zero tolerance of the use of force by any of our Deputies no matter where they are- in the schools, in the streets.”

In a news conference, Bracey’s mother, Jamesha Bracey stated that the actions of the deputy were inexcusable. She also added that her daughter, Bracey is having blurry visions, headaches, and difficulty in remembering and said the family only seek justice