According to Bradford County Sheriff’s Office, a skydiver died Friday when his parachute didn’t deploy correctly during a jump. 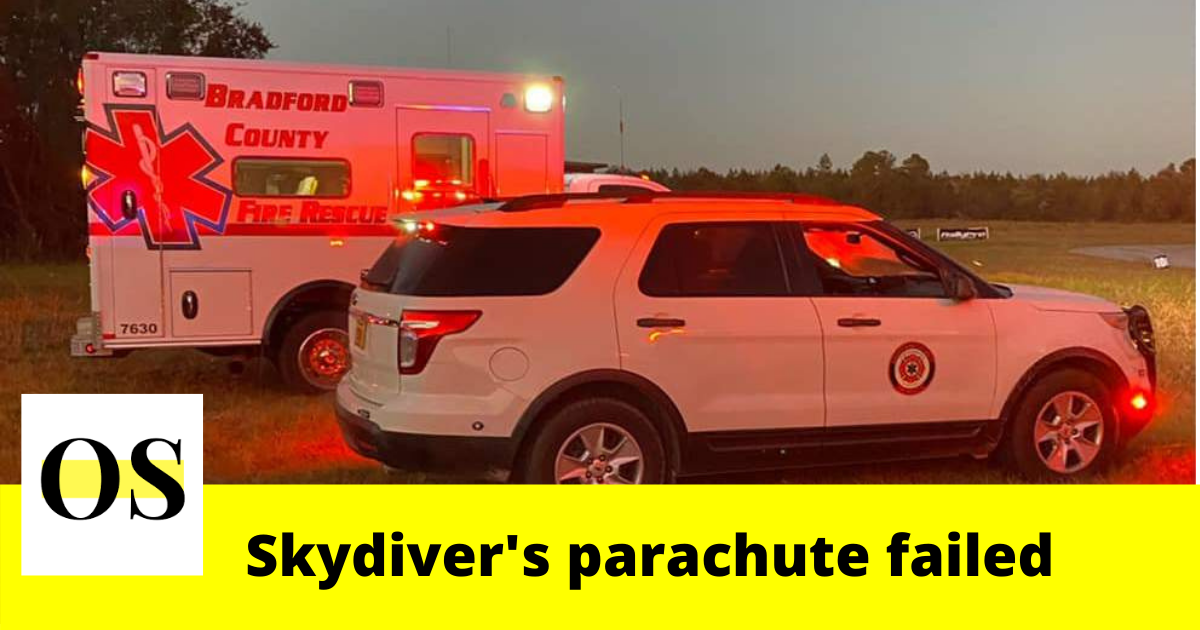 Major Brad Smith said the Sheriff’s Office and Bradford County Fire and Rescue were sent to search a wooded area surrounding the Keystone Heights Airport at about 5 p.m. The reports say the victim was practicing for a weekend event that honors the families of fallen police officers. Records show the Krawl’n for the Fallen event runs throughout the weekend, and the team was scheduled to jump on Saturday.

“And the very last jump that they were doing, one of the skydiver’s chutes didn’t deploy fully,” Smith said. “We had it on video where you can see where he released that chute and was trying to open a secondary chute and wasn’t able to get it open in time.”

“This skydiving team was scheduled to jump in that as part of the opening ceremonies, and from what we’re hearing now is members in his honor and memory are going to go ahead with the jump tomorrow morning at 8:30 (a.m.),” Smith said.

The victim’s identity has not been released yet.