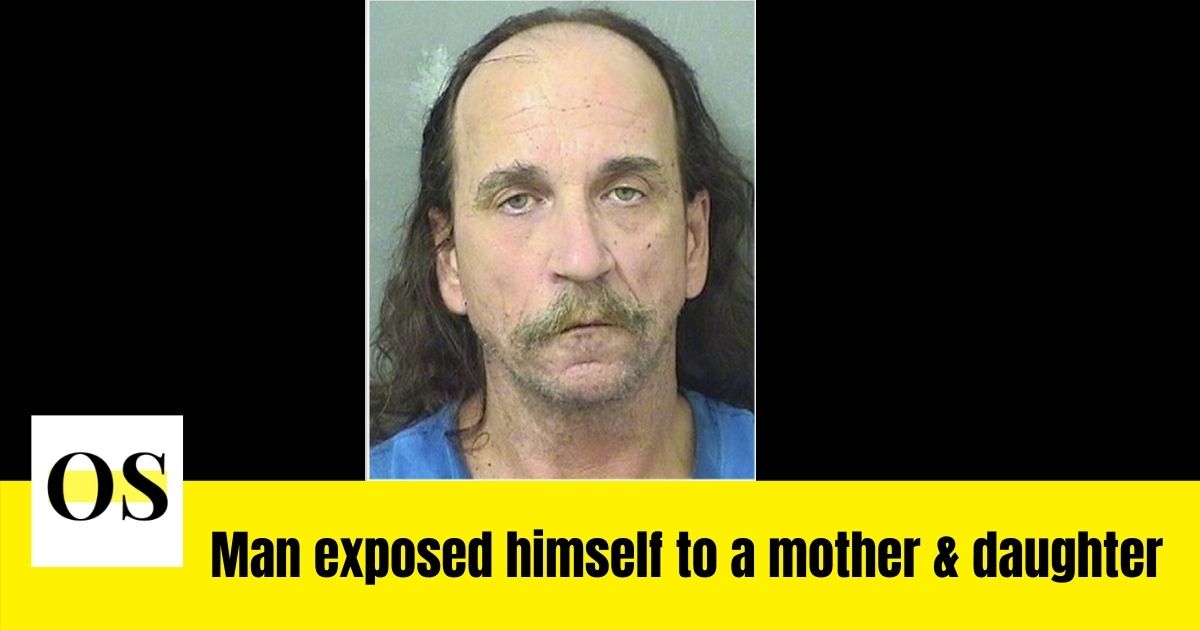 Boca Raton, Fl. – A 54-year-old West Boca man has been arrested on a felony charge after the deputy said he exposed himself to a mother and daughter while sitting in their car last week.

According to the Palm Beach County Sheriff’s Office, after victims gave investigators license plate numbers and details of the old model green Ford Taurus, they were able to track down Anthony Cesany, they say the man who exposed himself was in the car.

The sheriff’s office said the incident happened just before 5 p.m. on Friday in a busy intersection in West Boca, in the area of SW 18th Street and Lyons Road on Friday.

Investigators are trying to determine whether Cesany is responsible for other acts of pornographic exposure in Palm Beach and Broward County.

Cesany faces one count of indecent exposure/exposure to a sexual organ.

Neighbor Anthony Ragcliffe said Cesany was always someone the family would watch over.

“He would go to a school bus area where the kids were going to school and would be behind the bushes and expose himself,” Ragcliffe said. “So, I’m not really surprised.”

The Broward Sheriff’s Office says detectives in its Parkland district are investigating to determine whether Cesany is linked to several of the cases reported there.

Records show that Cesany was arrested in 2003 for exposing himself while a school bus of children was only a few feet away.

Anyone who has seen a man acting suspiciously in a 2005 green Ford Taurus is urged to contact Crime Stoppers at 1-800-458-TIPS.

This is a developing story so stay tuned for updates and Boca Raton News.