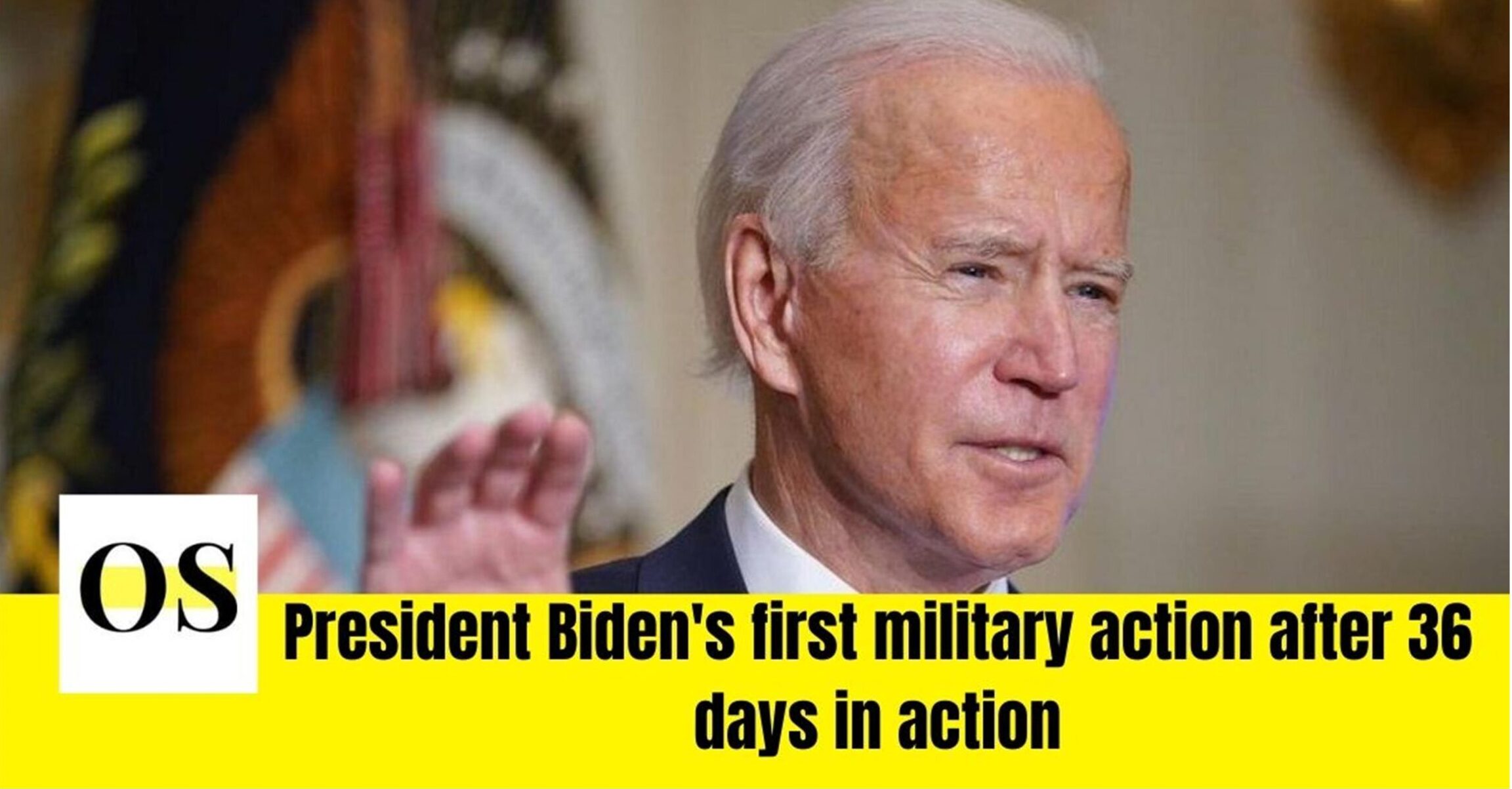 According to The Pentagon, President Biden has responded to the rocket attacks on the American forces that were carried out in the last few weeks by attacking a site in Syria on Thursday that was used by two Iranian-backed militia groups.

The attack destroyed “multiple facilities” used by Iraqi militant groups. Militia officials said one person had been killed but a war monitor reported at least 22 fatalities.

The strike happened near the Iraqi border in Eastern Syria. According to the Pentagon, it was a “proportionate military response” that was taken “together with diplomatic measures”, including consulting coalition partners.

John Kirby, Pentagon spokesman said that the strike took place “at President Joe Biden’s direction”. He also said that it was authorized not just to respond to the recent attacks against the United States and coalition forces but also to deal with the “ongoing threats to that personnel.”

According to a US official, the site that was struck by United States militants on Thursday is apparently to be used as part of a weapons smuggling operation by the militias. An anonymous resident in Albu Kamal city told CNN that the site was used by Iraqi Hezbollah militias near al-Hurri village right on the Syrian-Iraqi borders inside Syria.

The official also said that the strikes were conducted to degrade the groups’ ability to carry out attacks and to send a message about the recent attacks.

“Specifically, the strikes destroyed multiple facilities located at a border control point used by a number of Iranian-backed militant groups, including Kata’ib Hezbollah and Kata’ib Sayyid al Shuhada,” Kirby said. “The operation sends an unambiguous message; President Biden will act to protect American coalition personnel. At the same time, we have acted in a deliberate manner that aims to de-escalate the overall situation in both Eastern Syria and Iraq.”
The airstrikes were conducted by two F15s dropping Joint Direct Attack Munitions. A JDAM is a precision weapon with GPS navigation capabilities.
“We’re confident in the target we went after,” Austin said on a flight back to Washington from San Diego on Thursday. “We know what we hit. We allowed and encouraged the Iraqis to investigate and develop intelligence, and that was very helpful to us in refining the target.”
“We have stated before that we will hold Iran responsible for the actions of its proxies that attack Americans,” State Department spokesman Ned Price said on Monday, noting that “many of these attacks have used Iranian-made, Iranian-supplied weapons.”
The February 15 rocket attack on coalition forces near the Erbil International Airport in Iraqi Kurdistan killed a civilian contractor and injured nine others, including four American contractors and one member of the US military who went through concussion protocol. That day, about 14 rockets were fired toward the United States and coalition forces in Erbil, in northern Iraq. At the time, Psaki said Biden and his administration “reserve the right to respond in a manner and at a time of our choosing.”
She warned that “we will respond in a way that’s calculated on our timetable, and using a mix of tools, seen and unseen.”
“What we will not do, and what we’ve seen in the past, is lash out and risk an escalation that plays into the hands of Iran by further destabilizing Iraq, and that is our priority,” Psaki added.
The recent strikes may complicate diplomatic efforts with Iran. Rep. Ro Khanna, a California Democrat on the House Foreign Affairs Committee said that  “This makes President Biden the fifth consecutive US president to order strikes in the Middle East.”
“There is absolutely no justification for a president to authorize a military strike that is not in self-defense against an imminent threat without congressional authorization. We need to extricate from the Middle East, not escalate.”