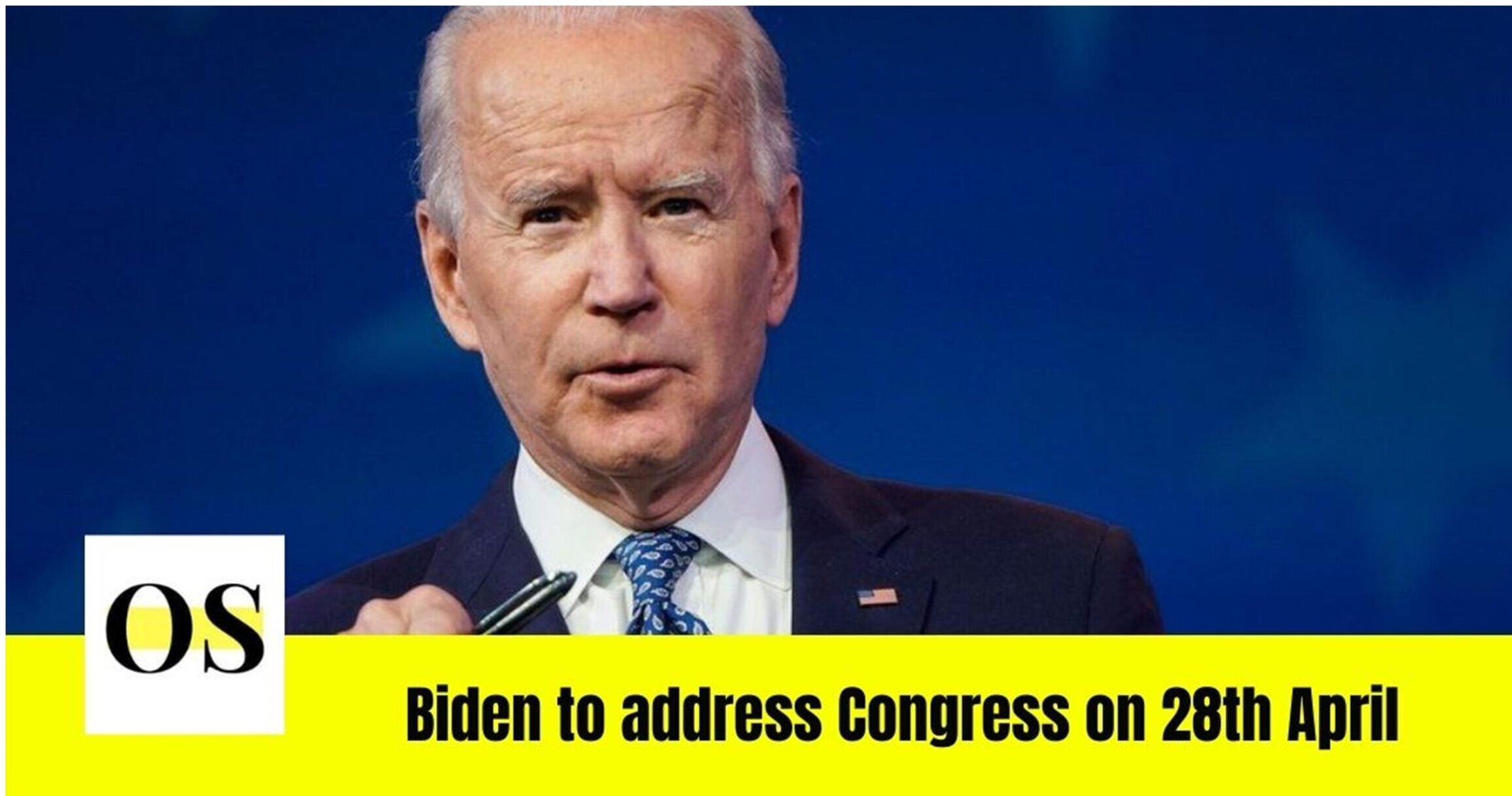 On Wednesday, 28th April President Joe Biden is set to deliver his first address to a joint session of Congress. This would be one day before his 100th day as president.

The White House confirmed that on Tuesday night, President Joe Biden accepted an invitation from House Speaker Nancy Pelosi to address a joint session on that date.

The speech will allow President Biden to claim progress during his first 100 days, a benchmark historically for the presidency. A time for President Joe Biden’s speech has not been announced.

Pelosi asked President Biden in a brief letter to the president to “share your vision for addressing the challenges and opportunities of this historic moment.”

White House press secretary Jen Psaki has previously indicated Biden’s first joint session address – which fulfills a constitutional requirement  – could look different than past addresses because of precautions during the coronavirus pandemic.

All senators and House members of both parties, as well as Supreme Court justices, typically pack the House chamber for State of the Union and joint session presidential speeches. It’s unclear what steps could be taken.

President’s debut presidential speech to Congress will fall significantly later on the calendar than previous presidents, including Donald Trump and Barack Obama, who both addressed Congress for the first time in February.

President Biden’s presidential term began with heightened security at the Capitol following the Jan. 6 Capitol attack and coincided with the Senate’s impeachment trial of Trump. Democrats in Congress spent the next several weeks working to pass Biden’s COVID-19 relief bill.

Since its passage, Biden has put forward a $2.25 trillion jobs and infrastructure proposal called the American Jobs Plan that Congress is expected to take up in the coming weeks.