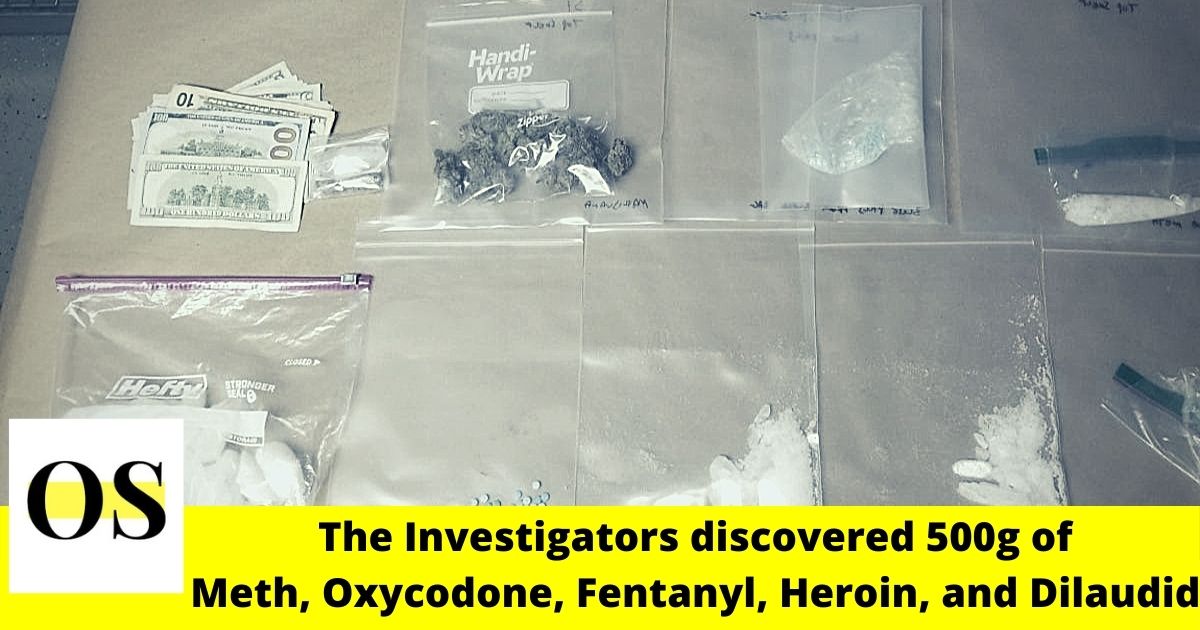 DEFUNIAK SPRINGS, FLORIDA- According to a Walton County Sheriff’s news release, three people were arrested with more than one pound of methamphetamine in possession. The reports said, the drugs were raided and was followed by a multi-agency narcotics investigation.

According to the news, the investigations and the discovery were a result of a joint effort by the Walton County Sheriff’s office, the Florida Department of Law Enforcement, and the DeFuniak Spring Police Department.

The drug raid was followed by the execution of a search warrant at a home on Oakridge Road in Defuniak Springs on Wednesday.

According to the release, the raid discovered almost 500g of Methamphetamine along with oxycodone, fentanyl pills, heroin, and Dilaudid which is considered an extremely powerful painkiller used by addicts. Cash amounting to $400 was also found by the investigators.

John Philip Blizzard, 54, who is faced with charges of trafficking methamphetamine and two counts of possession of a controlled substance is set at a bond of $50,000.

Stacie Gwyn Sanders, 40, who is faced with charges for the possession of methamphetamine is set at a bond of $5000.

Christopher Alan Lewis, 36, faces charges for the possession and distribution of methamphetamine and introducing contrabands into a correctional facility. The release further added that he a bag of methamphetamine on him during the time he was being booked into the Walton County jail. He is reported to be on a bond of $10,000.

Reports declare the three have remained to be in jail as of Thursday.