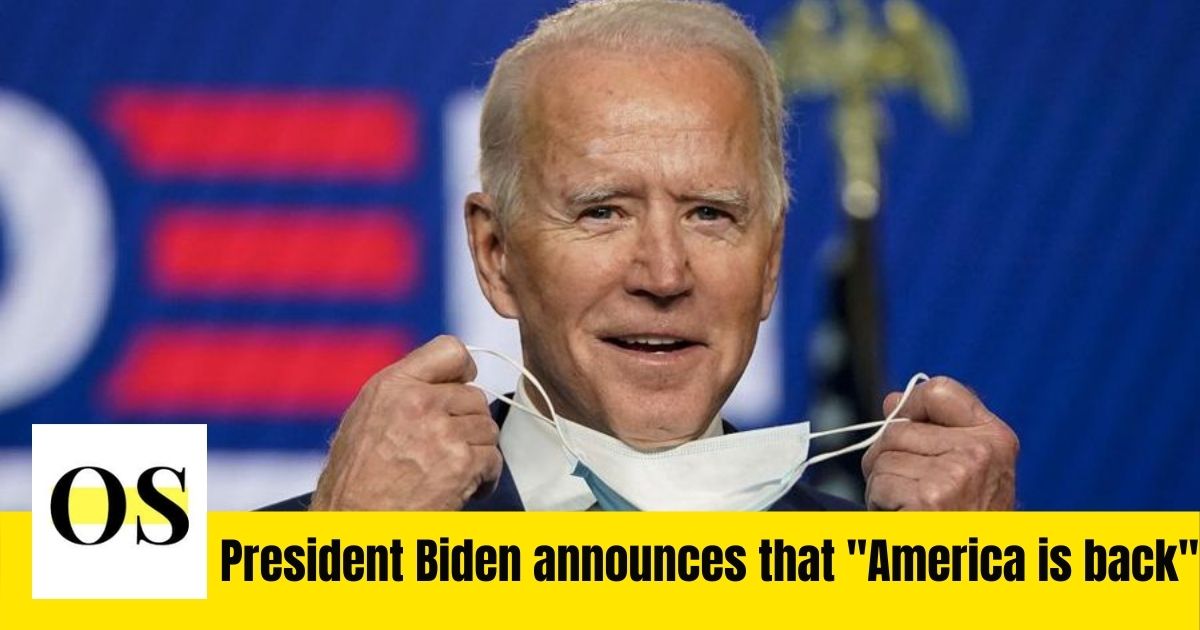 On Friday, President Joe Biden announced to world leaders that “American is back”. He promised that he would position the country to take a distinguished part in the global fight against the Covid-19 pandemic. “We are going to beat this!” he said hours before touring a vaccine manufacturing plant in Michigan. This was one of his official trips outside Washington.

President Joe Biden further communicated the seriousness of the current crisis and his willingness to fight and defeat it by investing in science and infrastructure both at home and abroad.

“We are not looking backward. We are looking forward together,” Biden said during a virtual appearance at the Munich Security Conference where he noted that the US was officially rejoining the Paris climate accord pledging 2 Billion dollars to a global coronavirus vaccine initiative to help further the development of vaccines as the US tries to “earn back our position of trusted leadership.”
The stature of the US was dropped off around the world for the four years under Donald Trump.
His erratic behaviour and anti-science pronouncements were watched by many longtime allies in disbelief.
When the Ebola outbreak had occurred, President Barack Obama had lead America as he referred to it as a national security priority while Donald Trump withdrew from that traditional posture as the coronavirus spread rapidly across the world, therefore, failing to marshal a coordinated national response. During Donald Trump’s presidency, the US governors were forced to fend for themselves, despite his administration launching an effort to accelerate vaccine development and production.
Almost a month after President Joe Biden has taken over the office, he has had his fair share of messaging blunders. From shifting timelines on vaccinations, when and how schools can reopen to when life can return to normal generally – however, he made it clear on Friday that he is looking forward to making a sharp break from former president Donald Trump’s muddled, go-it-alone approach. President Joe Biden is looking forward to strengthening America’s partnerships as the US tackles challenges like the climate crisis and future pandemics alongside like-minded allies.
“Even as we fight to get out of the teeth of this pandemic, the resurgence of Ebola in Africa is a stark reminder that we must simultaneously work to finally finance health security; strengthen global health systems; and create early warning systems to prevent, detect, and respond to future biological threats, because they will keep coming,” Biden told the Munich Security Conference, hours after he’d participated in his first virtual session of the G7.