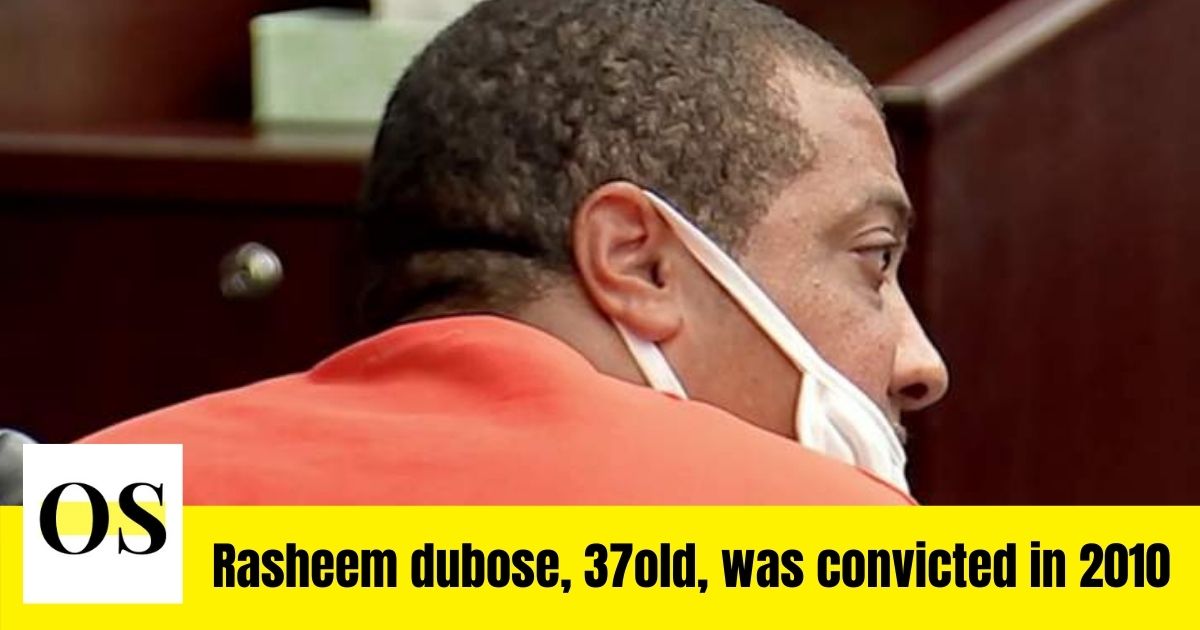 JACKSONVILLE, Fla. – On Tuesday, a Jacksonville man was sentenced to life in prison for the murder of DreShawna Davis, an 8-year-old girl, bringing to a close a case that had been wending its way through Florida’s court system for more than a decade.

Rasheem Dubose, 37, was found guilty in 2010 of first-degree murder and firing lethal missiles in the July 2006 shooting that killed Davis, who was fatally shot while inside her family’s home.

Dubose’s death sentence was overturned in 2017 by the Florida Supreme Court, which determined that the death penalty could only be applied if the jury’s decision was unanimous.

“Neither the words I speak nor the sentence will offer you the solace or tranquility you deserve,” the judge told Davis’ family after the punishment was handed down. “I hope this brings you the closure and closure you deserve.”

Dubose will spend the rest of his life in prison because he was condemned to life without the possibility of release.

Davis’ family, including her mother, Chinneta, and grandmother, Vonnie Johnson, who were present at Tuesday’s hearing, were relieved by the sentencing. They said the girl died while protecting her cousins from gunshots.

During her victim impact statement, Chinneta Davis said, “DreShawna Davis was a great hero who sacrificed her life.”

Vonnie Johnson, the girl’s grandma, described her as a “brilliant” and “wonderful” youngster who loved school so much that she made it her top priority. Her granddaughter, she claimed, aspires to be a doctor.

Johnson added afterward, “She will always be a hero to me, and I’m just pleased it’s finally here.” “Thank you, Jesus, for bringing it to me at last.”

Davis was killed on July 27, 2006, when her family’s home was hit by a hail of gunfire in a drive-by shooting that authorities said was payback for her uncle’s involvement in a Dubose robbery.

The murder of the 8-year-old, who was the fourth youngster killed by gunfire accidently in 17 months, enraged the Jacksonville community. It sparked outcry among the people and led to a crackdown on violent crime.

Dubose’s siblings were found guilty and condemned to life in prison during the trial. Dubose was retried and convicted of first-degree murder after the jury assigned to his case deadlocked 11-1.

Dubose was sentenced to death based on a jury’s split recommendation. His sentence was overturned in 2017 after the state’s high court determined that the jury’s decision had to be unanimous.

Chinneta Davis stated she forgives Dubose and his brothers for the murder of her daughter and that it is up to him and God how he lives his life.

She remarked, “Today was a day of honor, a day of celebration, a day of all that God allowed to happen in my life.” “And now it’s time to turn things around.”