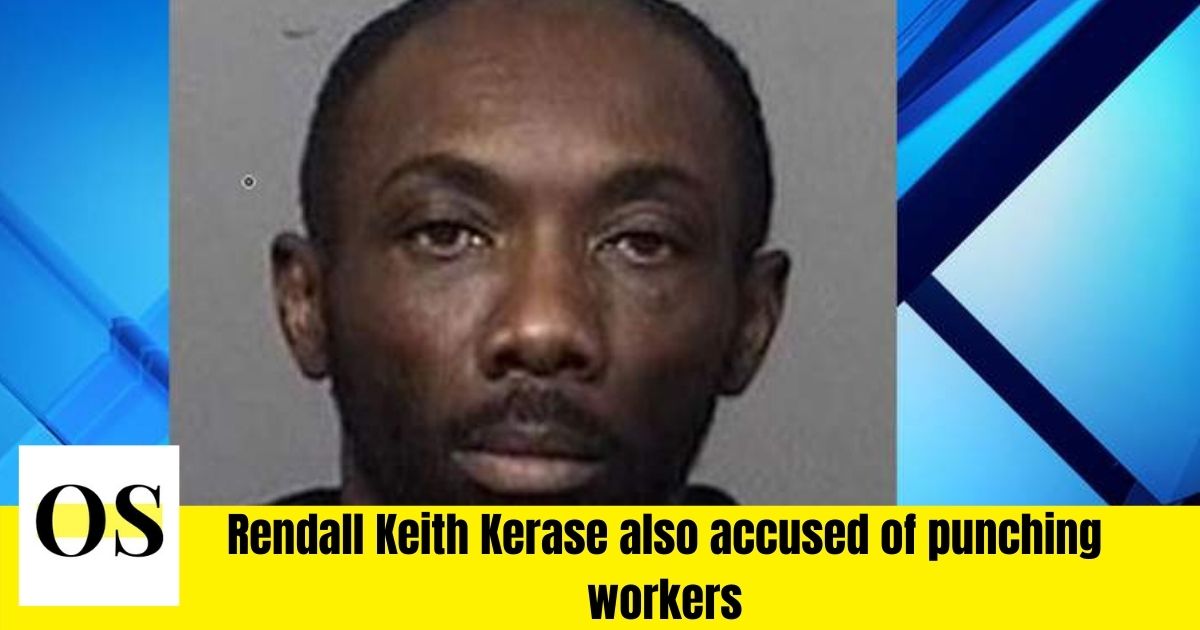 BREVARD COUNTY, Fla. – According to the West Melbourne Police Department, a man is suspected of stabbing a Home Depot employee with a screwdriver, assaulting a 74-year-old cashier at the business, and punching a Walmart employee on Friday.

Randall Keith Kearse allegedly strolled into the Walmart on Palm Bay Road at 10 a.m. and loaded two shopping carts with $1,500 in items, according to police.

According to authorities, Kearse exited the business without paying and was confronted by an employee.

Officers stated Kearse struck the employee following a minor dispute over the merchandise and fled the area before police arrived.

He was unable to leave the store with the items he had purchased.

According to authorities, Kearse went to the Home Depot off of US Highway 192 and attempted to leave the business without paying for various goods.

Due to his priors, a Home Depot employee identified Kearse, according to records.

According to officials, when the associate tried to stop him, he turned violent.

Records show that Kearse assaulted a 74-year-old cashier and stabbed another employee with a screwdriver.

In a white four-door vehicle, he was seen departing the home.

The next destination for Kearse was a Best Buy in Melbourne.

According to authorities, he is accused of stealing items from the store and fleeing the scene.

Kearse was apprehended by police on Reddick Street around 12:30 p.m., according to police.

According to authorities, he is being held without bond at the Brevard County Jail.