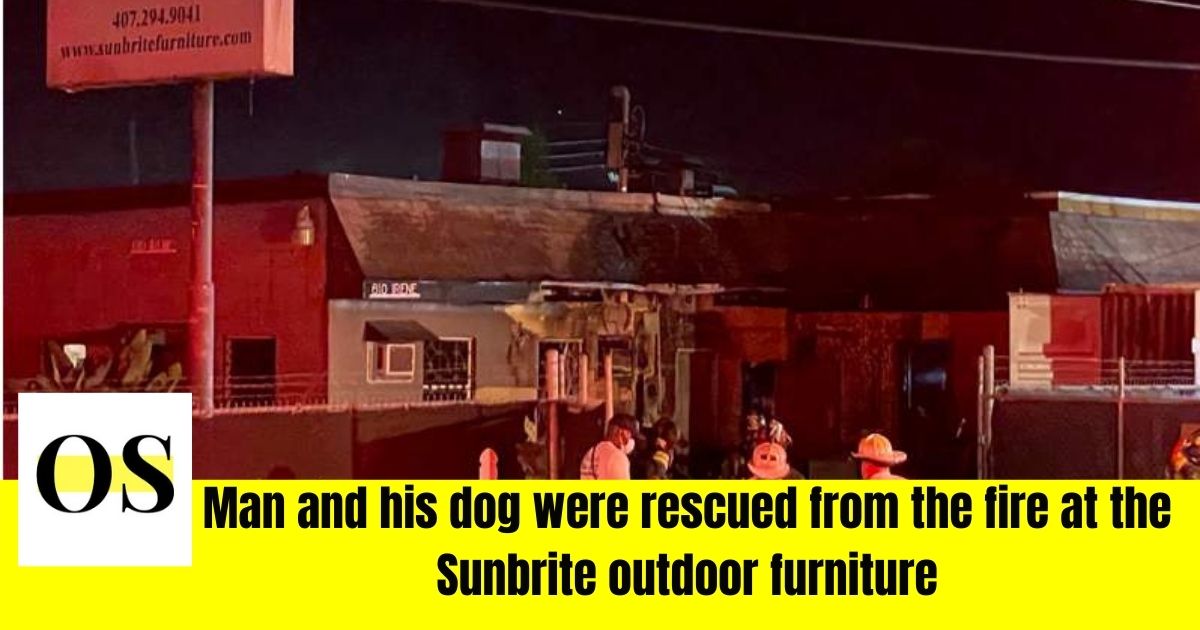 ORLANDO, FLORIDA- According to the fire department, the rescue crew did a great job by rescuing a man and his dog that occurred at an outdoor furniture shop in Orlando.

Investigators say that the cause of the fire that affected the exterior of the building was apparently a power line that fell outside the Sunbrite outdoor furniture shop. The occurrence of the fire was on Wednesday night on Irene Street.

According to the fire crews the man and the dog had been inside the building at the time of the fire.

Both the man and the dog were rescued by the crews and nobody was reported to be injured.