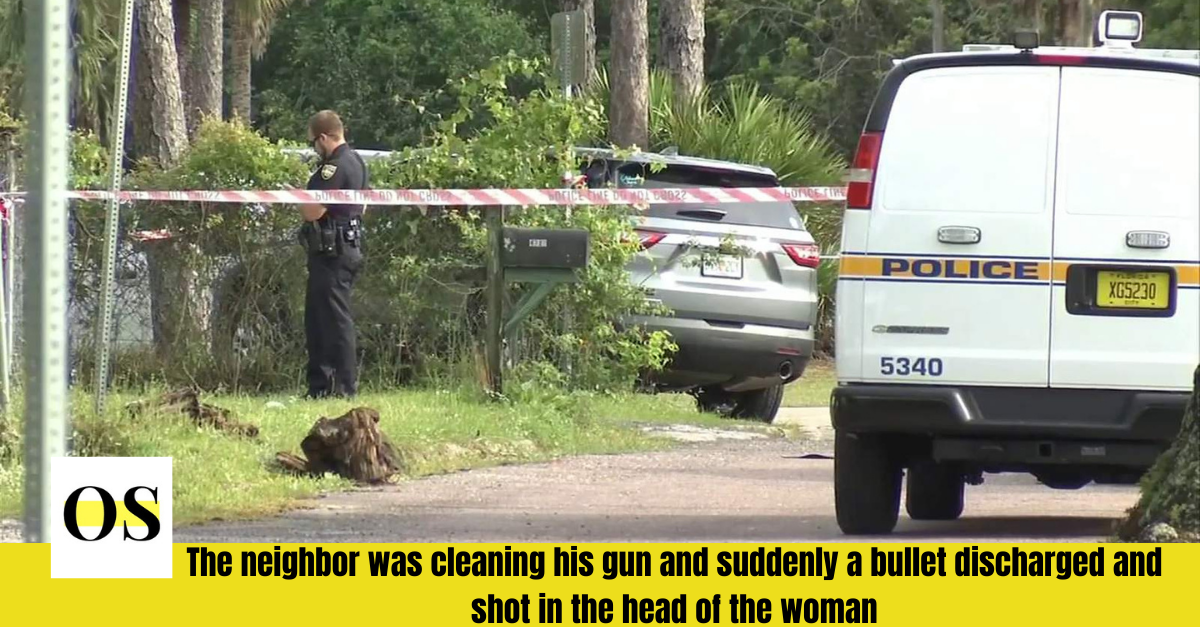 JACKSONVILLE, FLA — According to sheriff’s officials, The Florida woman was critically shot in the head when her neighbor’s gun fired while he was cleaning it a short distance from her house.

Jacksonville was the scene of the shooting on Sunday afternoon. The woman’s name has not been released by police, and she was pronounced dead at the scene.

When police arrived at the house, a neighbor informed them that the gun had fired unintentionally while he was cleaning it. When the shooting occurred, the neighbor was about 40 to 50 yards away from the woman’s home.

Sgt. Edwin Cayenne of the Jacksonville Sheriff’s Office told news outlets that “At this early stage of our investigation, this appears to be a tragic accident with the most unfortunate of outcomes,”

According to him, The neighbor is cooperating with the police. There’s no news yet about whether he’ll be charged.