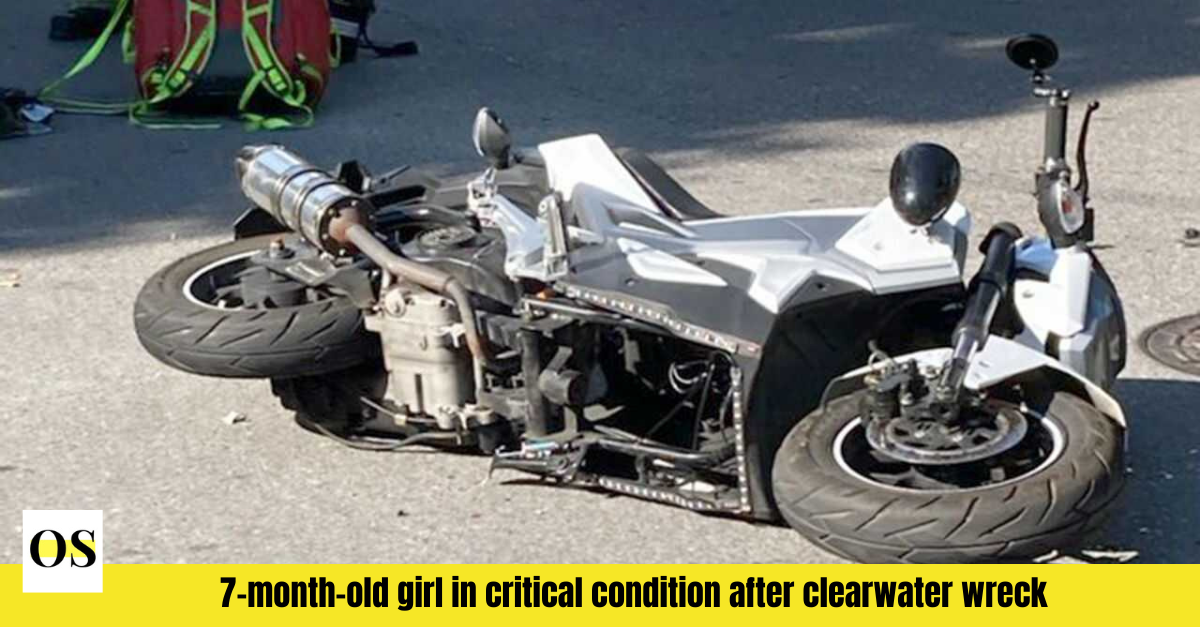 CLEARWATER, Fla. –  A Florida man is facing multiple charges after his young stepdaughter was seriously injured when he ran a stop sign and laid down his motorcycle to avoid hitting a car.

Clearwater police said in a tweet that, the 17-month-old baby girl was propelled underneath the vehicle that Dontrell Stanley, 35, nearly struck on Thursday. He was arrested on charges of child neglect and riding a motorcycle without a license early Friday.

According to police, the baby was taken to Johns Hopkins All Children’s Hospital in St. Petersburg and was in critical but stable condition. Stanley was also rushed to the hospital for medical attention. He was arrested and booked into jail on Friday morning. According to jail records. He does not seem to be represented by an attorney.