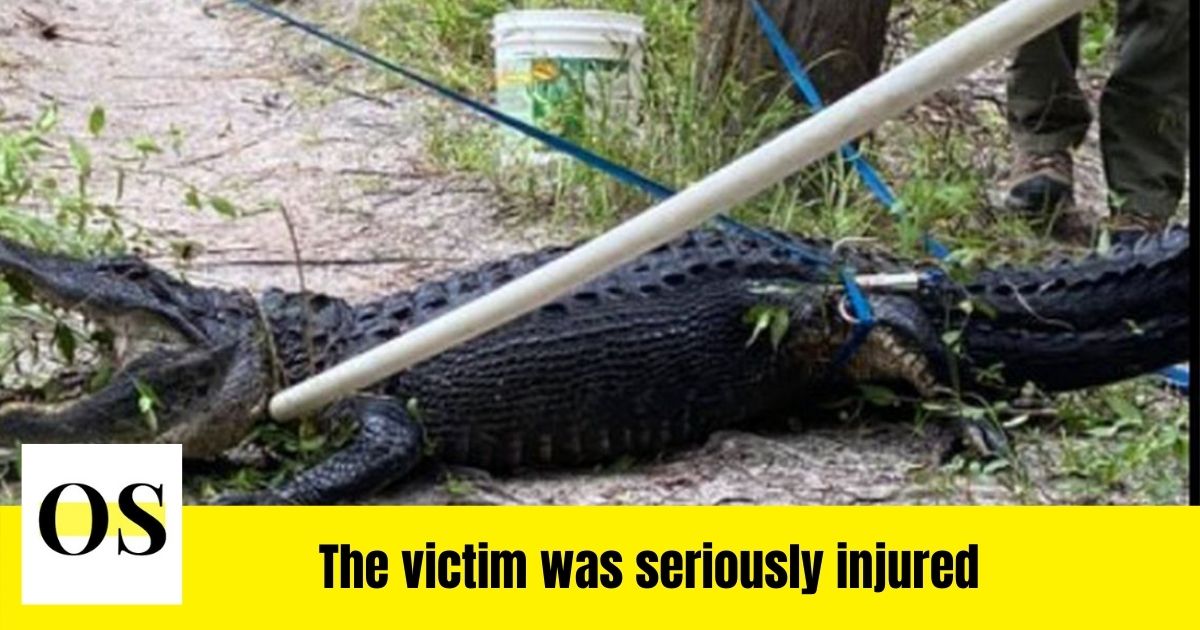 STUART, Fla. –  A cyclist was critically injured in a bizarre alligator attack in Florida, which began when he fell off his bike and landed in a creek close to an unwitting gator.

At before 11 a.m. Monday, Robert Bassett, of Palm City, was cycling through Halpatiokee Regional Park in Stuart, located in the 8300 block of Southwest Lost River Road. His tire popped, and he was flung from his bike.

Bassett went about six feet down an embankment before colliding with the 8-foot alligator in the water, according to deputies. Bassett’s right back thigh and torso were gripped between the teeth of the startled reptile.

The incident was witnessed by Scott Lorraine of the Treasure Coast’s Airborne Mountain Bike Club.

He stated, “[Bassett] ran directly into the water, and, as bad luck would have it, the gator was right there.”

After the rescue, Lorraine stated that he spoke with Barrett.

“Three spins, he said [the alligator] took him down.”

Charlie Shannon of Palm City said he saw Bassett in the water while walking his dog in the park. He claimed that he and others assisted in the rescue of Bassett, who had managed to elude the gator’s hold.

Bassett “had a bunch of marks all over his leg, but primarily in the upper thigh,” according to Shannon.

Shannon claimed he applied a tourniquet using his dog’s leash.

Bassett was driven approximately a mile by Martin County first responders to a waiting aircraft, which took him to Lawnwood Regional Medical Center in Fort Pierce. As of Monday evening, he was in critical condition.

The alligator was a female who may have been defending a nest, according to John Davidson, the trapper who removed it from the park.

“When I arrived, she was sitting 10 feet off the bank,” Davidson said on Monday. “That leads me to believe she was a female, and she was sitting on a nest nearby. So, if we can, we’ll try to save the babies.”

Florida’s Fish and Wildlife Conservation Commission is looking into the matter.