Miami Beach Police Department is asking the public’s help in identifying a man who punched a 70-year-old on November 21st. 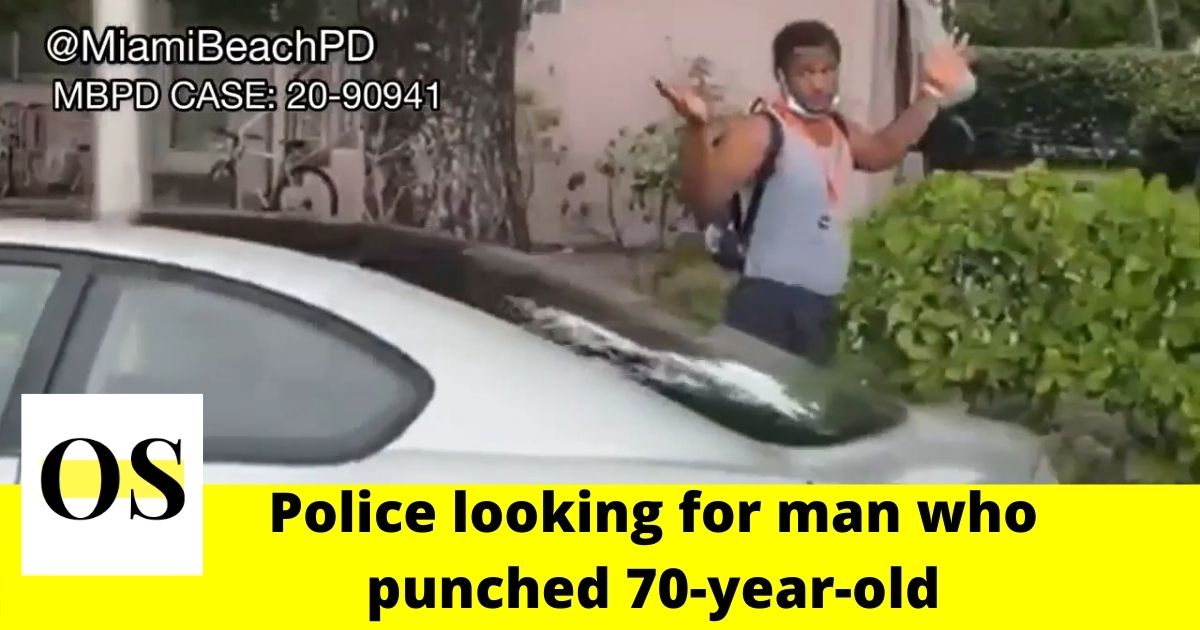 According to the footage, the assailant walked up to the victim on 10th Street and Alton Road and punch him in the face, knocking him to the ground.

“He hit me in the head. I fell down, and I broke my nose,” Cesar Martinez,70, said. “I got a contusion over here in my head. Somebody came from behind. I didn’t see nobody.”

The reports say the 70-year-old victim was taken to hospital and treated for a broken nose, injuries to his hands, and bruising across his body.

“It appears to be random, unprovoked,” Miami Beach Police spokesperson Ernesto Rodriguez said. “There was no conversation.” “He’s believed to be between 6 feet tall and 6’3,” about 240 pounds,” Rodriguez said. “He was seen in that video wearing a light gray tank top, dark gray sweatpants and also had a backpack on.”

Trent Cory, one of the witnesses said, “He just knocked him out.” “They knocked them out cold, and he was just walking down the road like nothing had happened, so I put the video out hoping to identify him and asked him why he did that, and he just shrugged at me and looked as if he did nothing. It was heinous.”

If you have any information on this attack, call Miami-Dade Crime Stoppers at 305-471-TIPS.