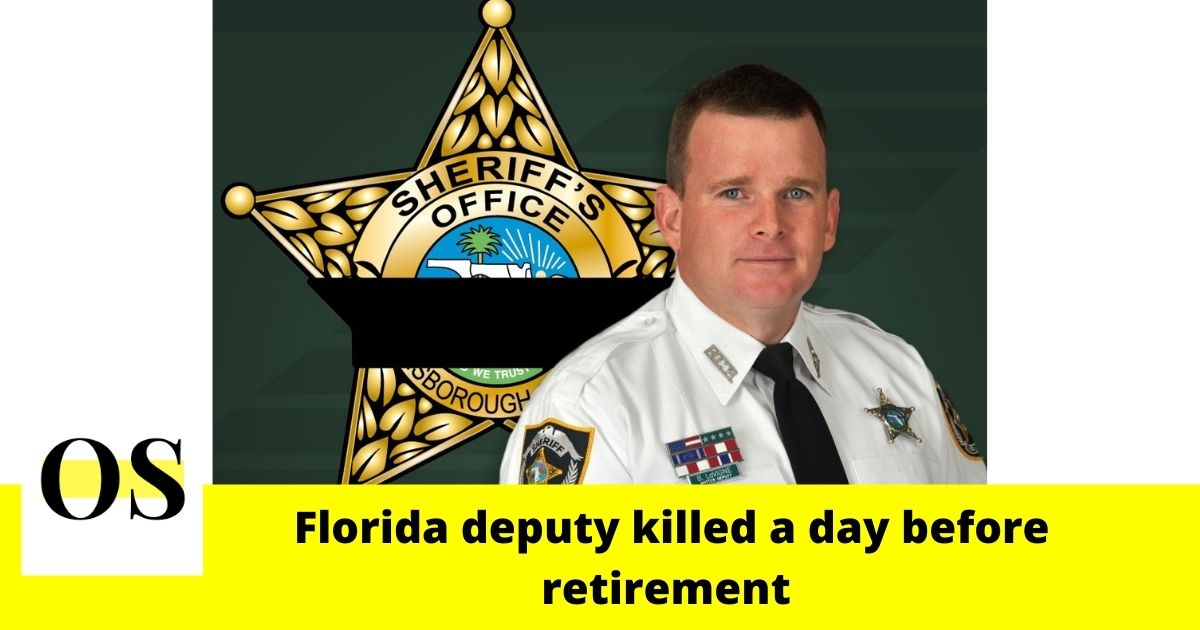 TAMPA, FLORIDA: According to the recently released reports, a 54-year-old Hillsborough County deputy, who was one shift away from retiring, was intentionally hit and killed on Monday evening.

Records show a man crashed a vehicle into LaVigne’s driver’s side. Chronister said, “On top of investigating what exactly occurred with the crash investigation, we have to deal with the funeral and planning the proper funeral after his corporal was murdered, intentionally killed by Travis Garrett — one shift away from retirement.”

As per the reports, a man was throwing furniture and clothes out of the window and front door of his apartment at the Paddock Club Apartments in Brandon.

“The resident is now naked and throwing cookies at neighbors outside his apartment. Deputies arrived on scene and make contact,” Chronister said.

28-year-old Travis Garrett attacked a deputy. The records show deputies used a taser on him. However, it was not effective.

Deputies made a pursuit after Garrett left the area in his car. As per the crash reports, Garrett was speeding and he intentionally rammed into LaVigne’s driver’s side.

“The deputies can’t get to him to perform life-saving measures. He’s unconscious. They’re doing everything they can from breaking windows and trying to crawl in through the back window, but the corporal was trapped,” Chronister added.

LaVigne was rushed to Tampa General Hospital with life-threatening injuries. Unfortunately, he was later pronounced dead.

“This corporal was murdered, intentionally killed by Travis Garrett. Cpl. LaVigne was a great family man, someone who served this community… mentoring the young troops. He had a passion for service,” Chronister said.

LaVigne is survived by his wife and two children, one of whom is also a deputy at the sheriff’s office. “You could only imagine the pain they’re going through being only one shift away from retirement,” Chronister said.