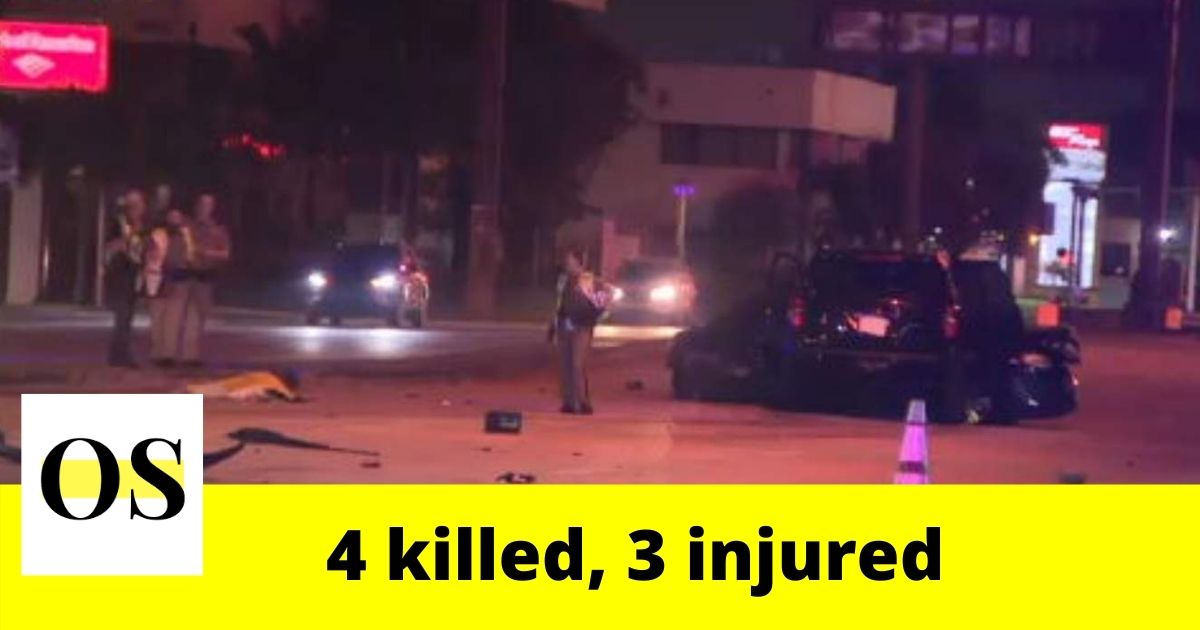 According to the crash reports, three men and one woman were in a blue Hyundai Elantra. Troopers said the vehicle got into a deadly crash and as a result one of the four victims was ejected from the car.

All four of the victims were pronounced dead at the scene. The reports say in the crash a black Chevy Tahoe was also involved. There were teenage boys, 16-year-old, inside the second vehicle.

The 3 teens were taken to Kendall Regional Hospital. The reports say the victims are in stable condition.

An investigation was going on the scene so early morning traffic was blocked in both directions.

The Florida Highway Patrol and Miami-Dade Police are handling the investigation. The identity of the victims has been released.