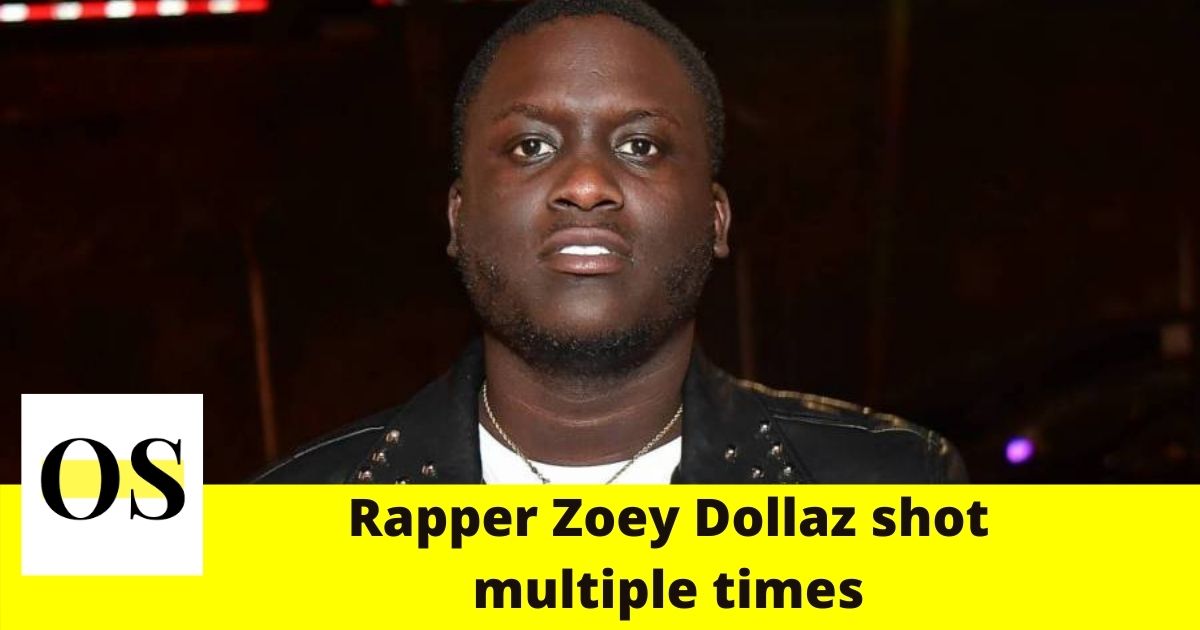 The reports say the 30-year-old rapper Zoey Dollaz whose real name is Elvis Millord, was shot while driving on the Julia Tuttle Causeway which was reported after midnight.

The Florida Highway Patrol said the rapper was driving a black Mercedes sedan which entered the westbound lanes of Interstate 195 from Alton Road. Records say an SUV pulled up alongside his black Mercedes-Benz sedan and someone inside fired multiple shots at him.

The Florida Highway Patrol said, “The victim stated he was coming from a private party in Miami Beach but did not have any altercations prior to the shooting incident.” The female passenger in the car was not injured.

Lt. Alex Camacho said Dollaz made a U-turn back toward Miami Beach and flagged down an officer on 41st Street. The rapper was immediately taken to Jackson Memorial Hospital.

“To see this is like crazy,” said Donny “Dizzy” Flores, one of the rapper’s friends.“He was like ‘I’m going to go to Wynwood, get something to eat’ or whatever and meet up,” Flores said. “They pulled up to the car, and shot it up. He wasn’t fighting with nobody. He’s not that type of guy he always peace, looking out for everyone. He’s not on that type of stuff. He’s a good kid.” “He’s always doing a lot of stuff for Haiti,” Flores added. “He went to Haiti the other day trying to do a lot of stuff. He told me he wants to run for president one day in Haiti.”