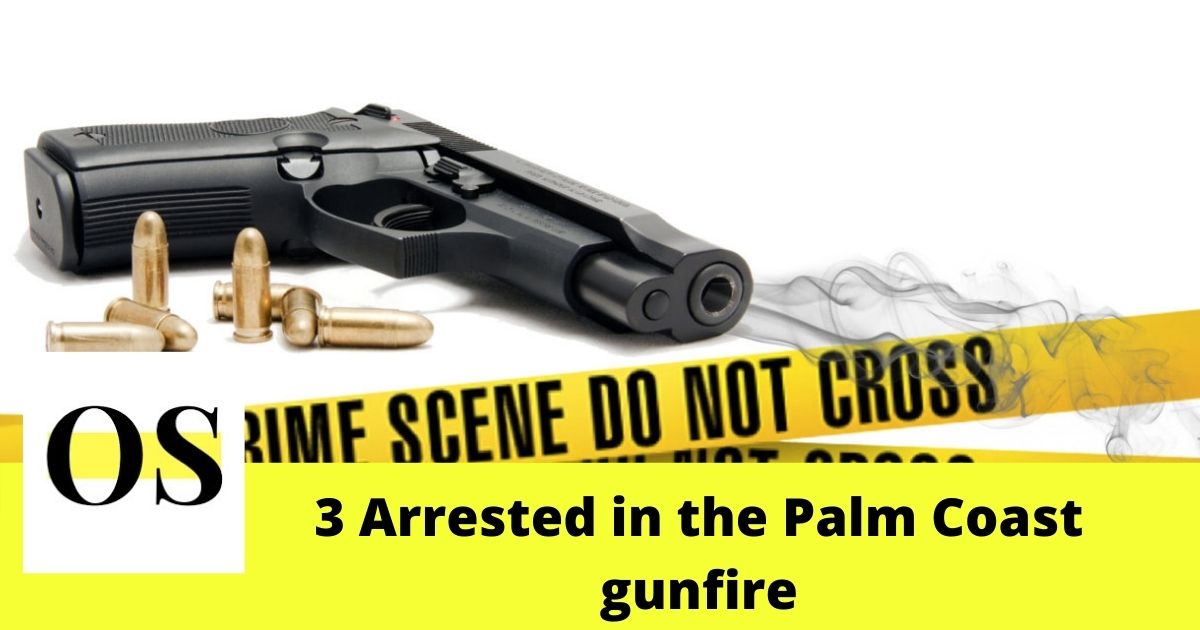 PALM COAST, FLORIDA – According to the press, the three men who were arrested for shooting up a house in Palm coast had had the house sprayed with gunfire.

Upon reporting the gunfire hearing at around 6.48 pm by the residents of the area, the Flagler County deputies rushed to the crime scene and found that a pregnant woman in the house was the target and no individual was injured during the shooting.

The report released said the deputies managed to stop a silver Ford Fusion leaving the area that had five people and three guns in it.

Jamey Jahiem Bennet, 18, of Selkirk place in Palm Coast, and Randy Alexander, 21, of Miami were the ones to be charged for shooting a dwelling with a missile while Paul Philippe Pajotte, 25, of Apopka was charged for shooting along with others as well the possession of a weapon by a convicted felon. Pajotte also had an active warrant from Orange County against identity fraud.

Although it is unclear what led to the shooting, the three men arrested and held at the jail are without bond. The report also stated that one of the arrests was anted to fight a resident in the home who apparently wasn’t in at the time of the shooting.

As several gunshots penetrated the house, some also hit the Chevrolet that was parked in the driveway across.

The Flagler County Sheriff Rick Staly said it was luck that no one was seriously injured with the reckless behavior of the arrest while praising the Work of deputies and detectives.