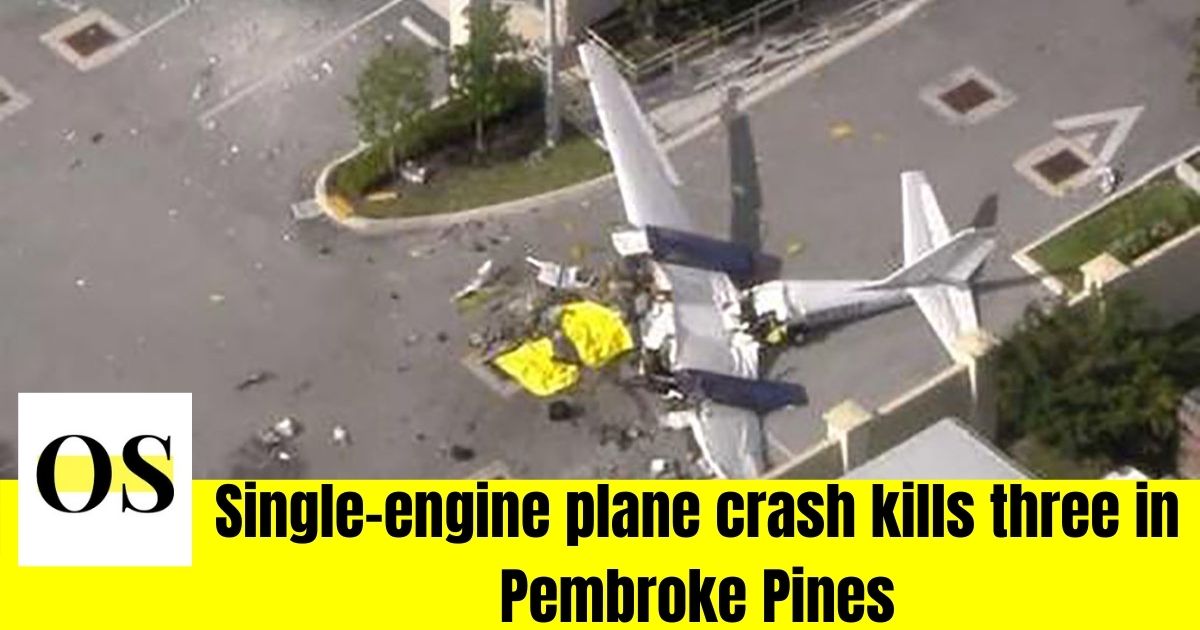 BROWARD, FLORIDA- the plane which burst into flames upon crashing hit an SUV that had an adult and a child inside, in Pembroke Pines. The plane was reported to have experienced skidding on the street before bursting into flames.

The single-engine plane killed the driver and the passenger in the plane during the crash and seriously injured the passengers in the SUV. According to the Pembroke Pines fire rescue, the child later died due to crash injuries.

The exact cause behind the crash of the Beechcraft Bonanza which was shortly after taking off is not yet identified. According to Pembroke Pines Fire Chief, Marcel Rodriguez, the plane might have experienced a mechanical problem.

Anabel Fernandez, a nearby resident said, “We went out and saw the fire; everything was on fire outside, it was like a bomb.”

According to the news, the parts of the plane were seen scattered across the street.

The Pines Fire Rescue said that the SUV with a child and an adult in was hit when it was heading north on Southwest 72nd Avenue.

The two inside the plane were immediately killed while the child died later at the hospital.

Meanwhile, the nearby resident said that she was afraid something like this would happen one time as she sees airplanes flying very low all the time.