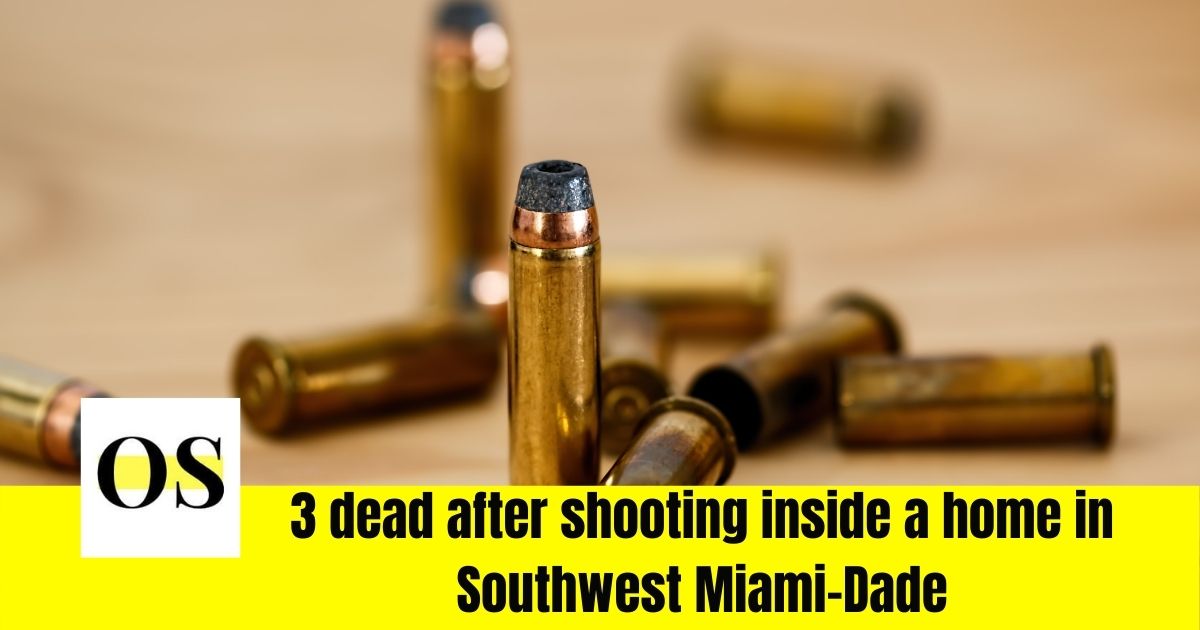 MIAMI, SOUTHWEST – FLORIDA – On Sunday, through a usually quiet neighborhood in Southwest Miami-Dade Sunday the sound of a police flash-bang traveled.

A man in the hospital and three people dead inside a home, including the gunman.

“Detectives now have the daunting task of figuring out piece by piece what took place at this residence,” said Detective Angel Rodriguez of the Miami-Dade Police Department.

According to the Police, they arrived at the area just before 5 p.m. Sunday. A man ran to a neighbor’s house after telling them he was shot by his own son. The shots were fired at a home on Southwest 191st Terrace and Southwest 129th Avenue.

Ivette Marrero, who lives nearby, said she heard about three gunshots.

Cell phone video showed that when police arrived at the home, they attempted to shout commands and then heard what resembled a gunshot. That’s when SWAT and hostage negotiators were called to the scene.

After trying to make contact, officers eventually forced their way into the home and found the gunman and two adult women dead inside.

Two children who were inside when the initial shots were fired were able to make it out safely.

The gunman’s father, the victim who was able to escape to a neighbor’s house, was taken to Jackson South in stable condition.

The motive as to what led up to the shootings is still unclear. It is also not known what the relationship of the gunman was to the two women that were killed.