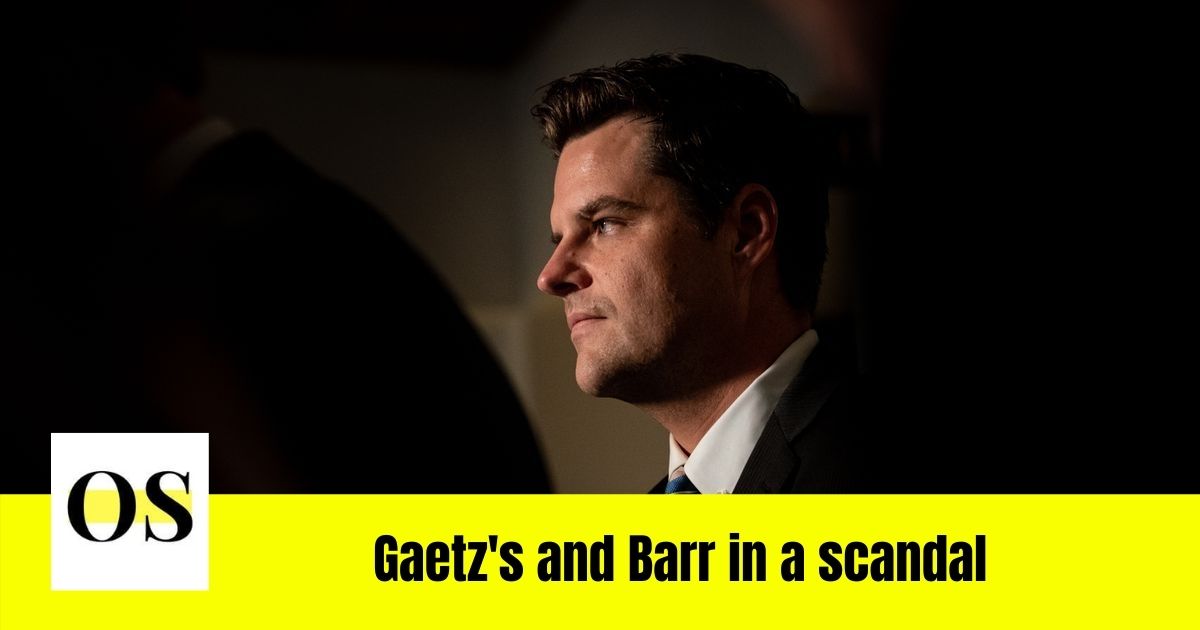 Months before news broke that the feds were investigating him for sex trafficking, Rep. Matt Gaetz was at the center of a separate internal fight at the Justice Department. The sparring match involved an Oval Office meeting, a foul-mouthed threat from the attorney general and voting in Florida. It has not been previously reported.

In Aug. 2018, President Donald Trump nominated Larry Keefe a former law partner of Gaetz’s at the firm Keefe, Anchors & Gordon as U.S. attorney for the Northern District of Florida. More than a year after he was sworn in, and as Joe Biden was locking up the Democratic nomination, Keefe looked to open a wide-ranging probe into voter fraud in Florida, according to two people familiar with the matter.

To open the probe, he needed approval from the Public Integrity Section at the Justice Department’s headquarters. The lawyers there blanched at the statewide scope of Keefe’s proposal, the sources said, and indicated they thought it would be too broad.

Keefe told Gaetz that he was facing resistance from the Public Integrity Section, according to a third person familiar with the situation.

In a phone interview Gaetz described the conversation this way: “Keefe did not share with me any details of any investigative work, nor would he. We were having a broad discussion about legal doctrine related to jurisdiction and venue.”

Specifically, Gaetz said their conversation was about whether U.S. attorneys whose districts included state capital cities could investigate voter fraud in parts of the state outside their districts.

Gaetz described Keefe’s view of the law this way: Since presidential electors are certified in state capital cities, any harm related to their fraudulent certification would be caused there — meaning the U.S. attorneys whose districts included those cities should have the authority to investigate those crimes.

“I got the sense from Keefe that the DOJ wanted U.S. attorneys to be very passive when it came to election integrity,” Gaetz said.

After Keefe and Gaetz discussed the issue, the congressman had a meeting in the Oval Office of the White House with Trump. Gaetz said Trump brought up his views on fraud connected to mail-in voting. In response, Gaetz brought up Keefe’s legal theory.

“I said to him that an appreciation for the Keefe position on venue would give good U.S. attorneys in every capital city the necessary jurisdiction to root out fraud,” Gaetz said. “I also shared with President Trump that Keefe had faced substantial resistance from the Department of Justice.”

Gaetz said that Trump then told White House counsel Pat Cipollone, who was in the room, to tell Attorney General William Barr that Trump believed Keefe’s legal theory had merit.

When Barr learned about Gaetz’s conversation with the president, he was incensed. The attorney general called the U.S. attorney and gave him an earful, according to two people familiar with the call.

“If I ever hear of you talking to Gaetz or any other congressman again about business before the Department, I am going to fucking fire your ass,” Barr told him, according to one of the people with knowledge of the call.

Gaetz said he didn’t know about any testy conversations.

“I am unaware of any discussion Barr had with Keefe, but I did get a message from Keefe subsequent to my meeting in the Oval wherein Keefe said he was not going to be able to discuss these matters with me, and I got the sense that the politics of the Department of Justice were such that they did not want U.S. attorneys looking for election fraud in this type of very proactive way.”

Keefe, like almost every other U.S. attorney appointed by Trump, was asked to resign by the Biden administration and left office on Feb. 28. Keefe said in a statement: “It is not appropriate for me to comment on details related to my previous service as a U.S. Attorney. I stand by the decisions I made and the actions I took in honoring and enforcing the laws of this nation during my public service.”

Gaetz is reportedly being investigated for whether he engaged in sex trafficking. He has not been charged with a crime, and no women have publicly accused him of sexual misconduct in the three weeks since the New York Times first reported on the investigation. He has denied any wrongdoing.

At the time of Keefe and Gaetz’s attempted investigation, the issue of voting rights, especially in Florida and other swing states, was a top national political story. Republicans have long raised concerns about voter fraud hurting the legitimacy of elections, even though numerous studies have shown that there are very few actual cases. Voting rights advocates, meanwhile, engaged in a wide-ranging effort to help people convicted of felonies who’d completed their prison sentences register to vote.

A landmark constitutional amendment passed in 2018 restored voting rights to people in this category — some experts have estimated it could have let up to 1.4 million people vote in Florida who couldn’t previously, as ProPublica reported.

However, because of a state law and a court ruling, those people also had to pay any outstanding fines, restitution and fees before being able to vote — what has been called a 21st century poll tax. Former New York Mayor Mike Bloomberg offered to help pay down the fees, and Florida’s Republican attorney general asked the FBI to investigate if the move broke any voting laws.