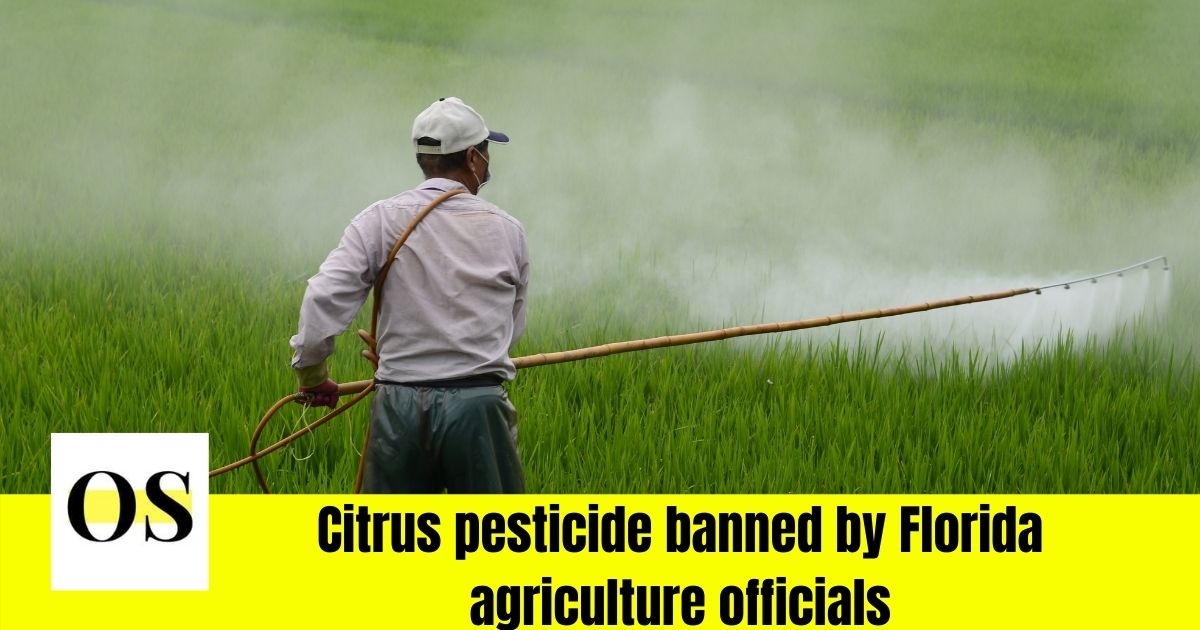 Florida agriculture officials on Wednesday announced that the insecticide aldicarb approved in January by the administration of President Donald Trump for use on citrus will remain banned in Florida.

The department cited a U. S. Environmental Protection Agency legal response last week to a petition filed in a federal appeals court in March by environmental groups. They were challenging the agency’s Jan. 12 approval a week before Trump left office.

In its April 12 filing at the Court of Appeals in Washington, D. C., the EPA acknowledged that it did not make a determination of the effects of aldicarb required under the Endangered Species Act. Some environmentalists said the agency had rushed the decision to beat Trump’s departure from office on Jan. 19.

While saying “I stand shoulder to shoulder with our citrus growers and we’re proud to support them,” Fried said in a news release Wednesday that aldicarb “is one of the world’s most toxic pesticides, and is banned in more than 100 countries.”

“The registrant’s application does not meet the requirements of state law, and we must therefore deny the registration of aldicarb for use in the State of Florida,” Fried said. “I look forward to working with our citrus growers, the EPA, and all partners to continue supporting Florida citrus in an environmentally conscious way.”

The EPA asked the court to remand the issue back to the agency without an immediate ban requested by the Center for Biological Diversity, the Environmental Working Group and the Farmworker Association of Florida.

In the DACS announcement on Wednesday, Foote said, “Despite the Trump EPA approving its use on citrus, Commissioner Fried has taken a courageous stand by denying its use in Florida, sending a clear message that the health of our farmworkers, public health, child development, and environmental quality will not be compromised by approval of extremely hazardous chemicals in our state,”

The agency allowed the use of aldicarb on 100,000 acres for three growing seasons through April 2023.

Stephanie Parent, a lawyer with the Center for Biological Diversity, said the federal agency, through its approval, was protecting the chemical industry rather than the people and wildlife.

“EPA wants to allow this toxic pesticide back on the market in Florida where people, groundwater and surface water are all highly vulnerable to it, all while allowing the sale and use during its reassessment,” she said.

The Florida Fruit and Vegetable Association and Florida Citrus Mutual, which have intervened in the lawsuit, told the court in a brief filed Tuesday that the citrus industry “is waging a losing battle” against the citrus greening disease and that its survival depends on aldicarb.

The disease, which is spread by the Asian citrus psyllid insect, has cost the industry $1 billion and 5,000 jobs per year, the associations said in their brief.

“You put this stuff on in the spring and it can give you six months of control,” he said during a committee presentation on the status of the citrus industry. “That is huge as a cost saving.”

“It’s a great product — it can really help the industry a lot,” Albritton continued. “I would also be the first to say it is highly toxic.”