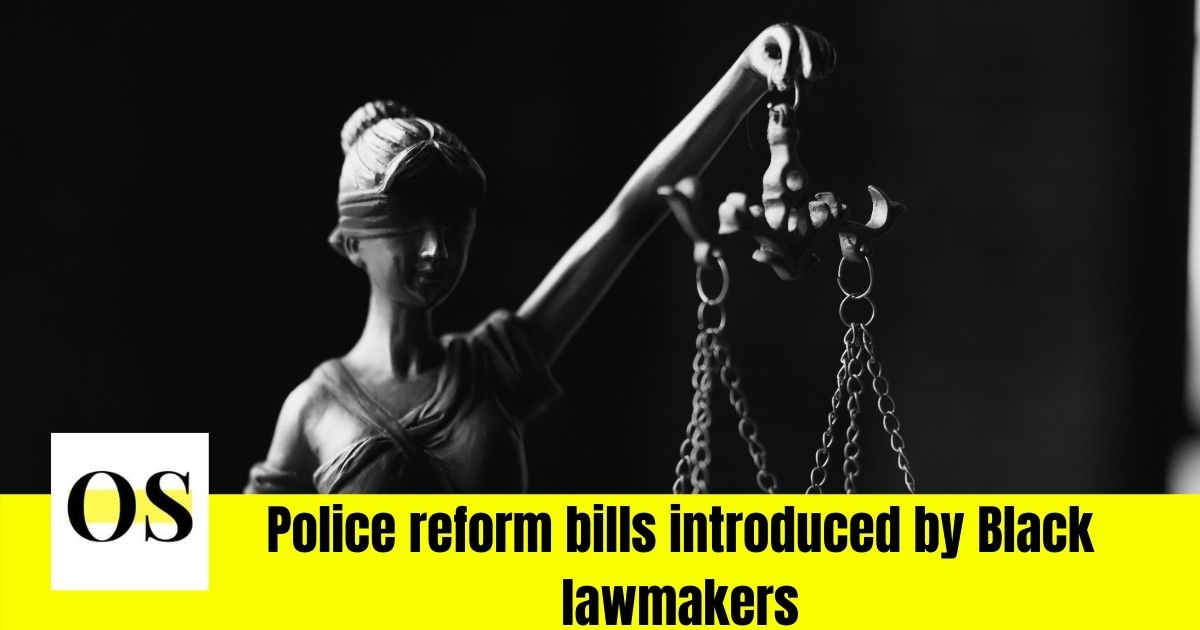 When Florida state Rep. Fentrice Driskell introduced police reform legislation at a news conference two months ago, she seemed as confident that timing would be on her side. The country had experienced a reckoning over police brutality and race over the summer, with protests across the nation.

“Many of us marched alongside you,” the Tampa Democrat said. “And while the peaceful protests may have themselves subsided, our work has not.”

“As Black lawmakers, our lived experiences in our communities is how we know that there needs to be a better relationship with law enforcement,” Driskell said. “Unfortunately, that sense of urgency hasn’t necessarily translated [to] majority leadership in the House and the Senate.”

In February, Driskell, and the other 26 members of the Florida Legislative Black Caucus introduced over 20 police reform bills for consideration in both the House and Senate. But despite being introduced early on in the legislative session, the bulk of these bills have not only failed to pass — most have yet to even get a hearing. Of the approximately 24 bills, 20 of them have yet to appear on the agenda of committee meetings.

And considering the Legislature’s quick passage of a controversial anti-riot bill, what some consider to be one of the most pro-law enforcement pieces of legislation in the nation, policy around police reform seems farther away than ever.

The FLBC’s efforts — and disappointments — come as a jury on Tuesday found former Minneapolis police officer Derek Chauvin guilty on multiple counts in the killing of George Floyd, an unarmed Black man whose death sparked nationwide protests over police brutality.

“We talk about these bills at pretty much every Black Caucus meeting,” Driskell said. “We give status updates, and we have multiple members who are talking to leadership and seeing what can be done. It’s all hands on deck.”

Some of these FLBC bills have had success. The Senate unanimously passed the Kaia Rolle Act, which would prohibit arresting kids younger than seven, and it’s currently awaiting House approval. The Senate has advanced a separate bill providing mental illness training for law enforcement through two committee meetings.

The Senate has also moved forward with a police reform bill filed by Sen. Jason Pizzo (D-Miami), and similar to one introduced by the FLBC, that would limit police use of chokeholds. Both bills are currently are its last committee stops before reaching the floor.

Republican House leaders also worked directly with the FLBC on a police training bill that would set statewide use of force policies and instate a database that would track instances of excessive force, if it became law. It’s currently on its last committee stops before the Senate floor.

However, more ambitious or sweeping bills introduced by the FLBC have dimmer prospects. Those bills include legislation prohibiting no-knock search warrants for misdemeanor offenses to requiring every law enforcement agency to use body cameras and restricting law enforcement from acquiring surplus military equipment.

“With the limited time frame that we have, we didn’t expect all of those bills to be heard,” Powell said.

“But we did expect for every one of those bills to be understood, and send a message, of why it was filed.”

One obstacle for these police reform bills is the makeup of the FLBC compared to the House and Senate. While FLBC members are overwhelmingly Democratic, Republicans control both the House and the Senate. Of the 27 members of the FLBC, only one is a Republican.

During debate over the anti-riot legislation, Republican members made it clear that their legislative priorities were reaffirming, as opposed to limiting, law enforcement’s abilities to maintain social order.

However, the offices of House Speaker Chris Sprowls and Senate President Wilton Simpson did not respond for comment.

And as the reality that most of these police reforms won’t become law becomes more apparent, FLBC members are already looking to next session.

“I’ve been in this process long enough to know that sometimes it takes more than one session to get the policy you want,” Driskell said. “We can’t let the conversation die. That to me is how I would define a lack of success. If we don’t get all the bills passed or heard this session, that’s not ideal. But we live to fight another day.”