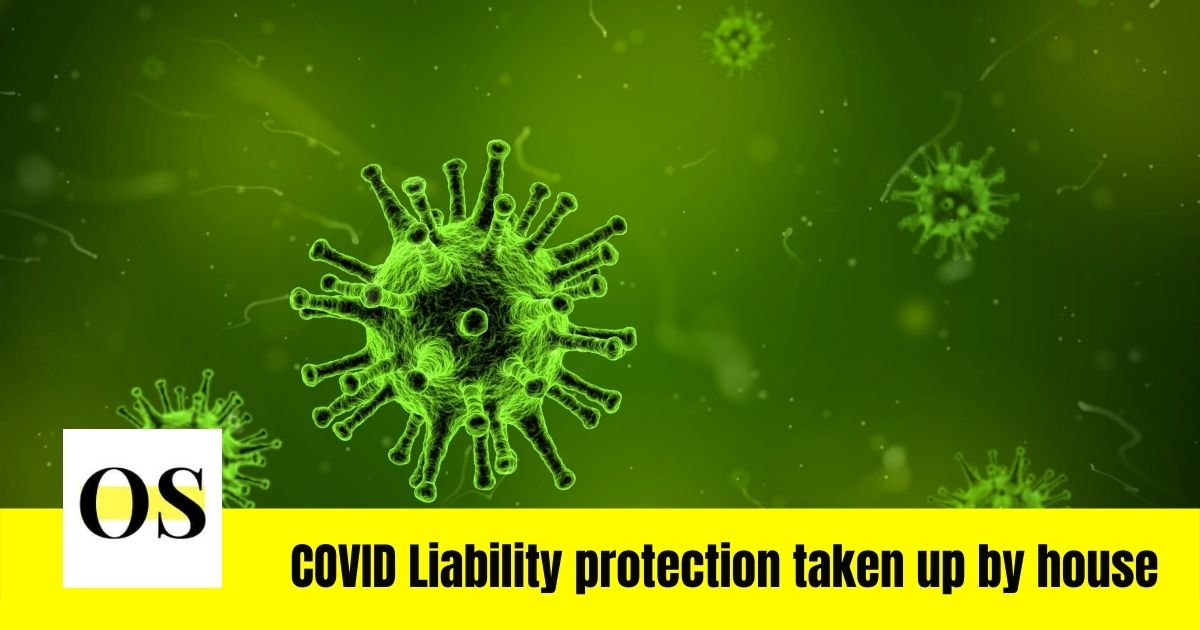 The House glanced at a Senate bill on Thursday that would establish COVID-19 liability protections for businesses and healthcare providers such as nursing homes.

Under the proposal, a plaintiff would need to prove with “clear and convincing evidence” that a defendant acted with “gross negligence” when filing a COVID-19 related lawsuit.

The bill’s protections would become applicable if a defendant made a “good-faith effort” to substantially comply with government health guidelines.

Proponents of the measure contend businesses and providers navigated the pandemic’s early stages with conflicting health guidance and limited supplies.

They fear predatory lawsuits are a looming threat.

Critics, meanwhile, argue the legislation goes too far while offering too little to frontline workers.

Critics also take issue with a provision that would require plaintiffs to submit a physician’s affidavit, attesting that the defendant’s action or inaction led to damages, injury, or death.

Physicians, they argue, cannot make that determination within a reasonable degree of medical certainty.

The massive bill comes after Brandes merged two COVID-19 liability bills into one during the final committee stop.

Originally, the proposals to shield healthcare providers and businesses were filed as separate measures.

The move to merge, Brandes said, was strategic.

“It’s easier to defend one fortress than to guard two,” Brandes told members of the Senate Rules Committee.

Throughout the committee process, outnumbered Democrats have filed dozens of amendments without success.

If signed into law, the bill would take effect immediately and apply retroactively.

However, Sprowls later agreed to the new Senate language during negotiations.

“We anticipate picking up that bill, passing it, and getting it to the Governor’s desk as soon as possible,” Sprowls told reporters.