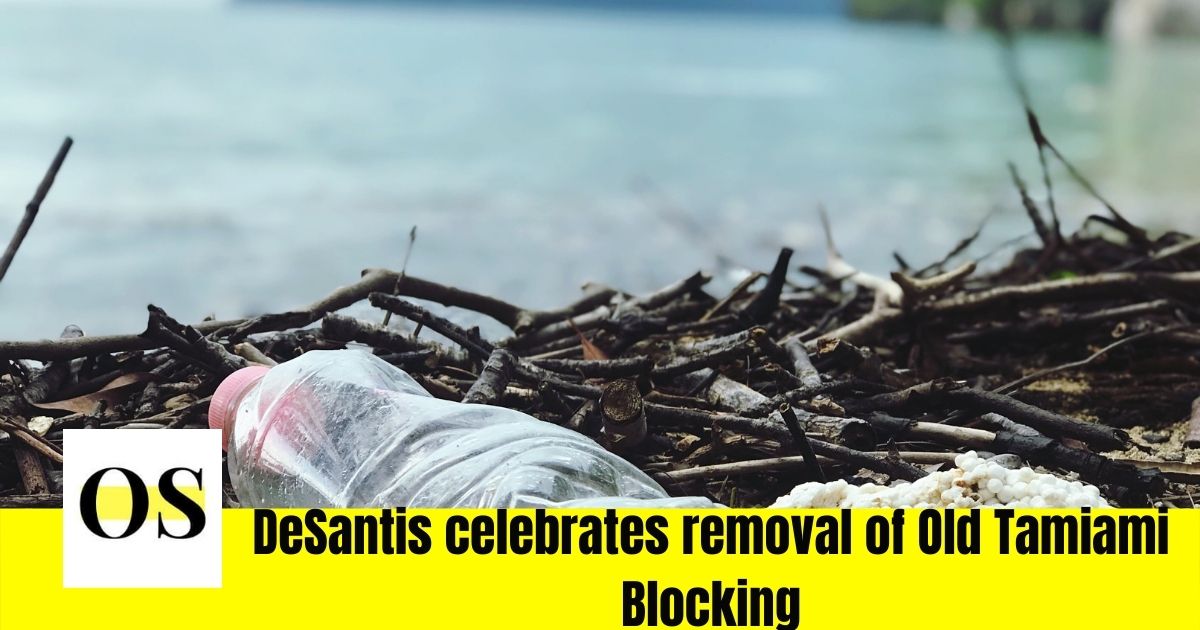 For nearly a century, along the northwest corner of Miami-Dade County, Old Tamiami Trail served Florida’s tourists and indigenous tribes. Now in hopes of restoring the Everglades’ historic sheetflow of water, state agencies are working to remove it.

Just south of U.S. 41 near the Miccosukee Indian Village, the South Florida Water Management District is removing 5.5 miles of the unused highway to make way for fresh water flowing south from the heart of the Everglades — Lake Okeechobee.

The $7 million project was approved last summer, but crews had to wait until the area’s water levels dropped after the wet season to begin work.

On Tuesday, the district hosted Gov. Ron DeSantis and heads of various state agencies to witness the removal in action during a project celebration at the construction site.

“This is really an important milestone,” DeSantis said at the event. “It will improve the volume of water flowing south through the Everglades and support reducing harmful discharges from Lake Okeechobee to the Caloosahatchee and St. Lucie estuaries.”

The project is part of the overall Comprehensive Everglades Restoration Plan authorized in 2000. The project has been a partnership between the state of Florida and the U.S. Army Corps of Engineers.

DeSantis said that despite people saying the state’s budget would be a disaster, “we’re going to end up having a lot of success in this budget” for Everglades and water infrastructure funding.

In March, Florida’s representatives in the U.S. Congress asked President Joe Biden for $725 million, an increase from the $250 million in federal funding last year.

The roadbed removal is expected to increase the flow of freshwater into the northeast Shark River Slough by 220 billion gallons per year, DeSantis said.

“They tell me that this project is expected to be completed by January,” DeSantis said. “So, we’ll hold you to that and make sure that we continue working hard to be able to get that done.”

Noah Valenstein, secretary of the Florida Department of Environmental Protection, said during the event that Everglades restoration has hit a “battle rhythm” of getting things done.

“When water is not moving south, you have water moving to the estuaries. You don’t want it there,” Valenstein said. “You also have, I’ll mention, our tribal nations — when we have high water levels — are having flooding on their own homes. This is not acceptable, and we look forward to more water going south.”

When Old Tamiami Trail was built about 97 years ago, Miccosukee families moved out of the hammocks and set up near the highway to sell handmade toys to tourists as they traveled back and forth between Naples and Miami, Betty Osceola, a member of the Miccosukee, said.