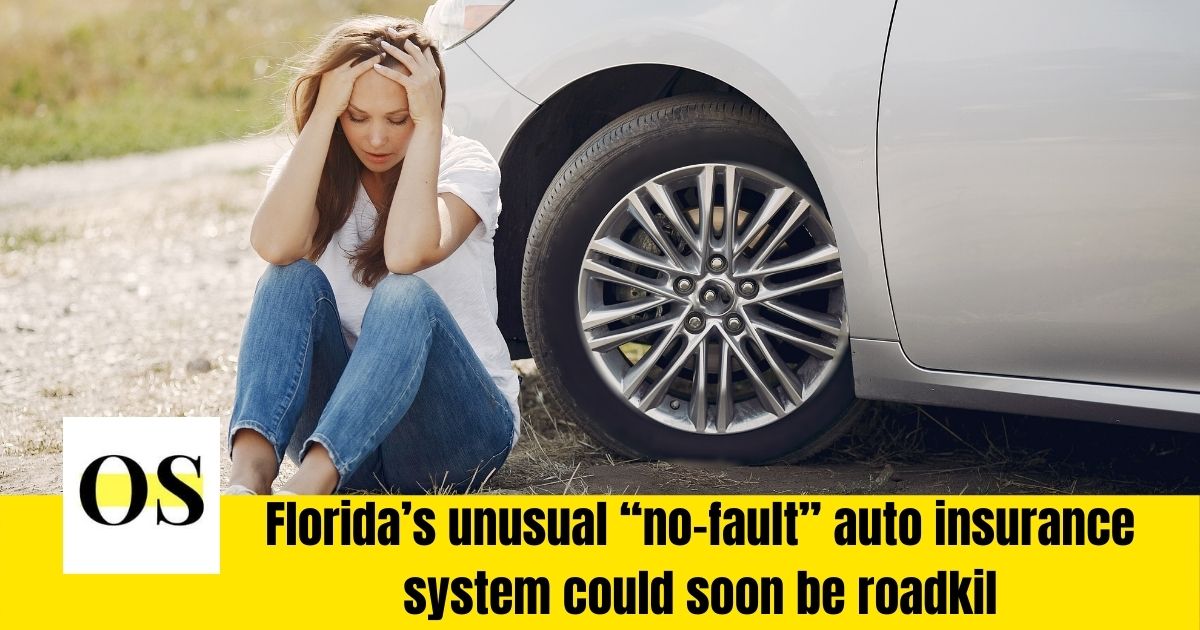 State lawmakers are poised to pass the most sweeping changes to the state’s automobile insurance laws in nearly 50 years, doing away with its “no-fault” insurance provision, and requiring every motorist to carry bodily injury coverage.

By Jan. 1, 2022, nearly every motorist in Florida would have a new insurance policy.

Whether those policies would be cheaper than they are today is unclear, though. The Florida Senate passed its bill without any independent analysis showing what effect it would have on the state’s sky-high premiums, which consistently rank among the highest in the nation.

Rates for the poorest Floridians would likely go up, simply because they would be required to carry more insurance.

The minimum insurance to register a vehicle in Florida is $10,000 for medical, disability, and funeral expenses, known as “personal injury protection” coverage. The state’s “no-fault” provision means it pays out regardless of whether the insured person was at fault in an accident.

For the majority of Floridians who already carry bodily injury coverage, rates could go down, according to third-party studies. The state has not yet done any study of its own about the current version of the bill.

The idea is to lower rates by increasing the amount of insurance coverage on Florida’s roadways, advocates say.

The bill could have unintended consequences, though. About one in five motorists in Florida is uninsured — among the highest in the nation — and raising the minimum coverage amounts could lead to even fewer insured drivers on the road, argued Sen. Jeff Brandes, R-St. Petersburg.

“You can’t go home and look your constituents in the eye and say, ‘This is going to lower your rates,’ ” said Brandes, the only senator to vote against it. “For your poorest constituents, it may raise their rates 15, 20, 70 percent.

Despite the statewide impact of Senate Bill 54, senators passed it in just 39 minutes — a sign of the bill’s long history of failure.

For years, lawmakers have tried to repeal Florida’s no-fault auto insurance system, which everyone seems to agree is riddled with fraud.

One of the main reasons those efforts have failed is because it pits two powerful lobbying groups against each other: Trial lawyers, who would love to be able to sue for “pain and suffering”-related damages, and insurance companies, which want legal reforms along with it. Both are considerable donors to lawmakers’ campaigns.

This week, top Republican senators were able to craft a bill palatable enough to both groups — and other special interests — to gain traction. Wasting no time for the bill to fall apart, senators voted for it the day after it was filed.

It now heads to the House, which was advancing a similar measure. Its passage is far from guaranteed. Sen. Jason Pizzo, D-Miami, suggested Gov. Ron DeSantis wouldn’t approve the bill if he believed insurance rates would go up, giving it easily the best chance of passing in years.

It now heads to the House, which was advancing a similar measure. Its passage is far from guaranteed. Brandes hinted on the Senate floor that Gov. Ron DeSantis was not opposed to the change, giving it easily the best chance of passing in years.

Despite passing 39-1, senators seemed uneasy about the bill and the motivations behind it.

“It concerns me that we didn’t see more Democrats debate this bill,” said Sen. Doug Broxson, R-Gulf Breeze, an insurance agent who voted for it.

Florida is among more than a dozen states that have “no-fault” insurance. It’s an idea that dates to the 1960s, when two professors proposed it in the Harvard Law Review to reduce rising insurance premiums, which were blamed on an increase in lawsuits.

They theorized that if everyone carried insurance for themselves, regardless of fault, premiums would go down. Numerous states adopted it, including Florida in 1972.

But unlike nearly all other states, Florida never required motorists to carry bodily injury coverage to cover bills in the event of serious injury or death. It stuck with a minimum $10,000 in personal injury protection coverage that has never increased.

“You have physicians, medical groups, different entities that survive off of this predatory scheme of reimbursement rates,” said Rep. Erin Grall, R-Vero Beach, who has tried to repeal the system for the last five years. “We have various stakeholders who have been accustomed to this line of payment, which they don’t want to let go of.”

One last-minute change to the Senate bill was a requirement that insurers offer $5,000 to cover the insured person’s medical payments without a deductible — a special request of the hospital lobby, which has feared missing out on the coverage, senators said.

Whether the bill will reduce rates for most people who have coverage is unclear. Advocates point to Colorado, which saw rates fall after it repealed its no-fault law in 2003.

According to the American Property Casualty Insurance Association, an insurance trade group, about 40% of Florida drivers carry insurance below what would be required under the Senate’s plan. Those people could see their rates rise by at least $165 per year, according to the group.

Florida’s insurance regulator, Commissioner David Altmaier, told lawmakers this year that he was “hesitant” to endorse such a drastic change to the state’s auto insurance policies, and cautioned that it needed more study.

“We’re not convinced those issues will be solved if we repeal PIP,” Altmaier said.