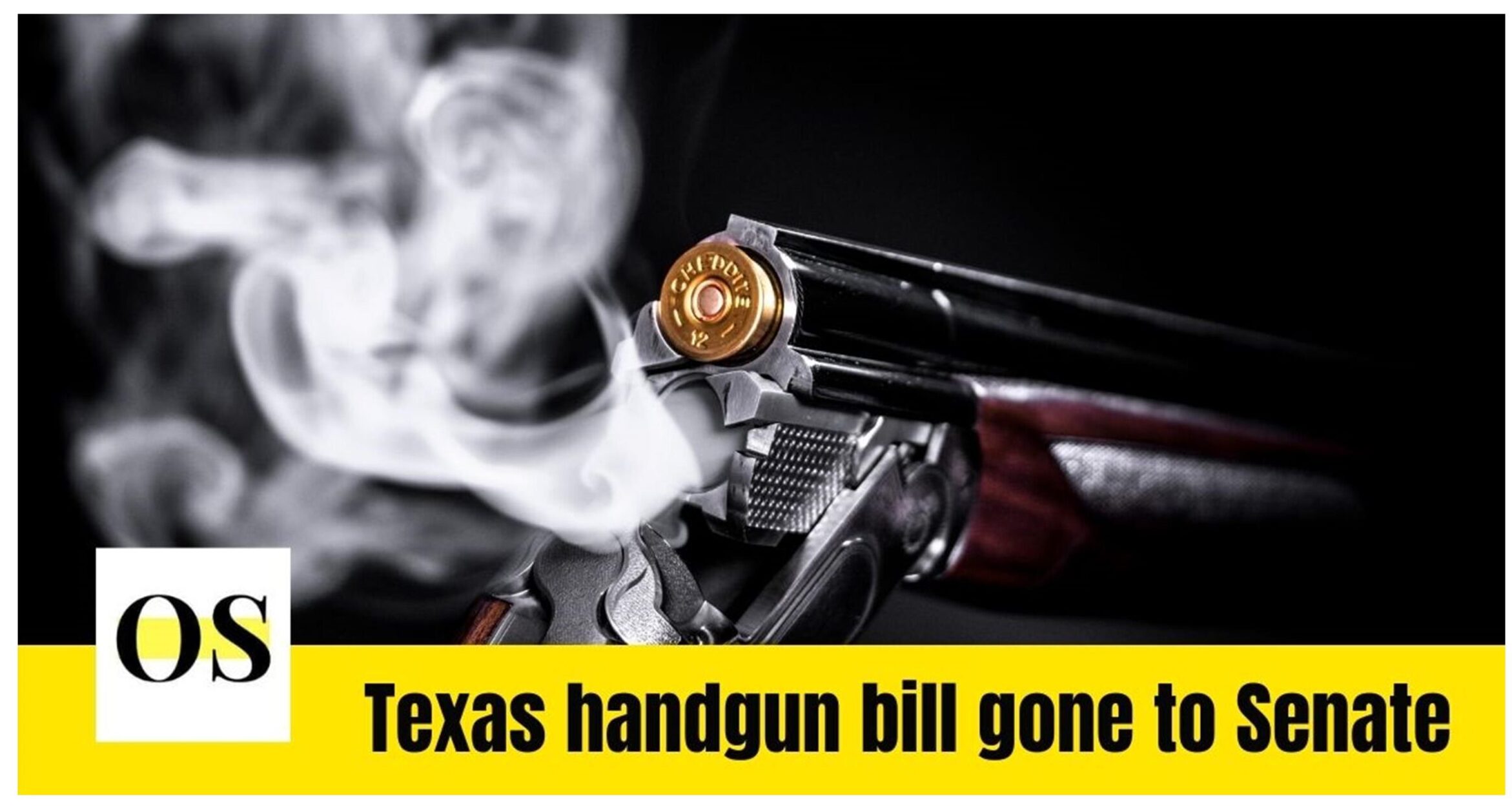 On Friday, Texas House cleared a bill that handgun owners no longer need a license or training to carry their handgun publicly.

The bill is now headed to the Senate.

The bill allows “permitless carry” for all Texans who are legally allowed to own a firearm. Getting a license would be an option.

State Rep. Matt Schaefer (District 6, R-Tyler) backed the bill. The bill preliminarily passed on Thursday with a vote of 84-56 along mostly party lines.

The House passed the bill on Friday.

Schaefer said: “This bill should be called common sense carry because this bill is about common law-abiding citizens being able to carry commonly owned handguns in common public places for the common reason of personal and family protection. Under this bill, people who are prohibited from possessing a handgun will still be prohibited from possessing a handgun. Sensitive places where the unlicensed carry of a handgun is prohibited will still be prohibited. But if you are a law-abiding citizen age 21 or older that can legally possess a handgun you will be able to carry that handgun in a holster in public places where it is not otherwise prohibited.”

The timing of the GOP-led House passing the bill now after years of stalled efforts angered opponents whose chances for tightening gun laws after the Walmart shooting that killed 23 people are fading.

Democrats railed against loosening gun laws after the 2019 mass shooting at an El Paso Walmart. Texas lawmakers did not meet in 2020, making this the first year gun-control bills have been filed since the attack.

The measure has drawn opposition from Texas police chiefs, as well as some firearm instructors who run licensing courses, who critics say has a financial incentive to oppose the change. Obtaining a handgun license in Texas costs between $100 and $150, according to Schaeffer, and applicants must also go through criminal history and background checks.

“Members, there are many things that are wrong with our gun laws, but in my opinion, at least one thing that is not wrong with them is our current system of permitting for carrying a handgun, and one reason that system works is the training requirement that exists, and another reason, in my view, is that there is, in essence, a background check if you will. Before you get your license, you have to meet certain eligibility criteria,” said State Rep. John Turner (District 114, D-Dallas).

For hours, some lawmakers presented amendments to a bill that they don’t want to see become law.

This issue has come up in past sessions but has not passed. Earlier this week, law enforcement lined up against it, while Texas Republican Party Chairman Allen West spoke in favor of it.

The bill now goes to the Senate, before going to the governor’s desk for a signature. Republican Gov. Greg Abbott has been silent amid calls for gun control and did not mention the El Paso shooting while laying out his legislative priorities in February.

Texas has more than 1.6 million licensed handgun owners. If approved, Texas would become by far the largest of roughly 20 states that already allow handgun owners to carry their weapons in public without a permit.