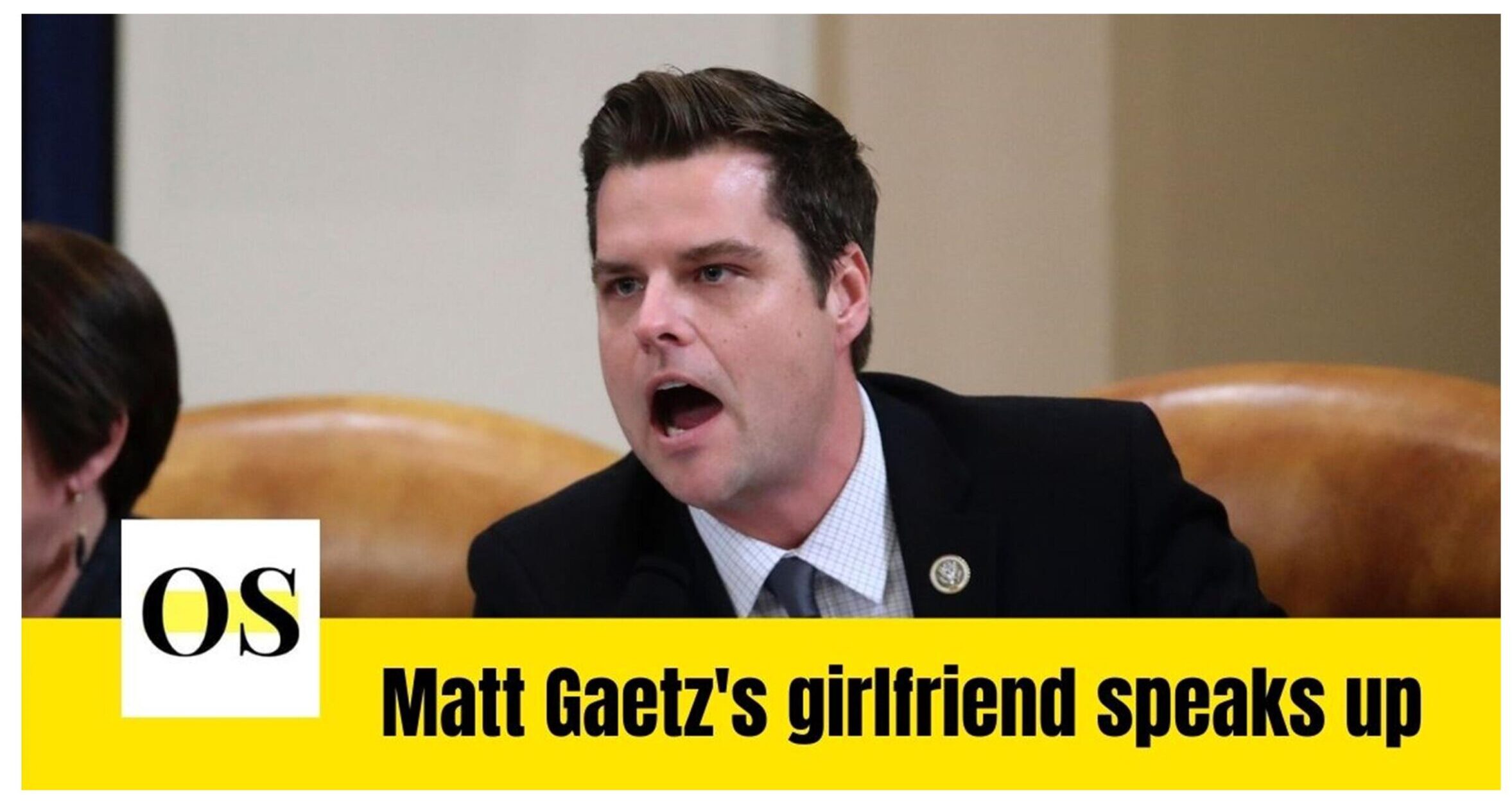 Matt Gaetz’s former girlfriend has informed her friends that she is worried that the woman who is key to the federal government’s sex crimes investigation tried to get her to incriminate the Florida lawmaker on a recorded call.

There is a possibility that federal prosecutors have two top cooperating witnesses: the woman who was an alleged sex-trafficking victim when she was a minor and the Gaetz associate already indicted for that crime, former Seminole County Tax Collector Joel Greenberg.

Gaetz’s former girlfriend has played a bit role in the unfolding public drama — she is the woman who sent the lawmaker a nude video of her performing a hula hoop dance that he showed to other members of Congress.

However, two of her friends, who declined to be identified publicly because of the sensational nature of the case, said she now suspects she was being set up when the alleged victim and another woman involved in the case called her to discuss the lawmaker in what she fears might have been a recorded conference call. The call took place sometime after Greenberg was indicted for the sex crime in August.

The friends did not provide details about exactly what was discussed, but one recounted that Gaetz’s ex-girlfriend said she was opposed to talking to authorities and is now worried that prosecutors might try to charge her with obstructing justice in order to get to Gaetz.

Tim Jansen, an attorney for Gaetz’s former girlfriend, declined to comment about his client. Greenberg’s lawyer, Fritz Scheller, also declined to talk. Gaetz has strongly denied allegations he engaged in any sex crimes.

The three women on the call were all present on a September 2018 trip to the Bahamas that authorities think may shed light on the allegations against Gaetz.

However, the names of the women are being held by POLITICO including his ex-girlfriend, because of the sensitive nature of the case and the allegations that while there, some of the women engaged in prostitution.

As the investigation intensified this winter, Beshears abruptly resigned in January as Florida Department of Business and Professional Regulation Secretary — a post that made him the state’s top business regulator — noting he had contracted Covid-19. About that time, federal authorities seized the iPhones of Gaetz and his former girlfriend.

Federal authorities are examining the Bahamas trip to see if it violated the Mann Act, which forbids transporting people across state lines to engage in prostitution. One woman on the trip told POLITICO that no one engaged in prostitution.

The alleged victim in the sex-trafficking case had turned 18 almost nine months before the Bahamas trip. But Gaetz has acknowledged he’s the subject of a federal investigation into whether he had improper involvement with her as a 17-year-old.

A source familiar with the investigation wouldn’t say whether the alleged victim was cooperating with authorities. But when asked if she has been talking for months with the federal government, the source said “100 percent.”

While the alleged sex-trafficking victim is key to the case against Greenberg and the allegations against Gaetz, the lawmaker’s ex-girlfriend could play a pivotal role in the investigation of the trip, as well as other related controversies.

The former girlfriend first met Gaetz while she attended college in the Orlando area in 2017. Greenberg, who established contact with her on the SeekingArrangement website — a dating website that connects women with so-called sugar daddies — made the connection. Soon after, she began dating Gaetz, although the relationship was not exclusive, friends said.

Gaetz later got her a job interning in the office of another Republican member of Congress, but that member let her go when it was discovered she was a Democrat, according to Democratic Rep. Darren Soto of Orlando, who promptly hired her when Gaetz told him of the matter.

Soto, who is not involved in the investigation, would not name the Republican lawmaker or comment about the case. But he said the woman was a hard worker in his office and that he had no complaints about her, other than some inquiries about whether Gaetz’s relationship with the intern was inappropriate.

“We wanted to protect her privacy from the media. She was just an intern,” Soto said. “I’ll also say she was fired by a Republican for being a Democrat. I found it offensive that she was fired for her political beliefs.”

Gaetz and the ex-girlfriend continued to date until well after the Bahamas trip in 2018. Friends said the two remained on good terms, although she was a source of friction between the lawmaker and Beshears. Beshears had apparently been taking her out on dates in Tallahassee, including a trip to the Florida State University president’s skybox at Doak Campbell Stadium, mutual friends said.

At the time, Beshears had recently been left by another girlfriend after she learned about the Bahamas trip. Beshears, then a state legislator, had flown several of the women on his private plane, which was briefly detained by U.S. Customs upon its return to Florida for questioning about the ages of several of the young women on the trip.

“Here was Halsey with three young women who could have been his daughters, and a Customs agent was like, ‘Whoa, what’s going on here?‘” said a source who was familiar with the incident.

Speaking to the partying group and the drama surrounding them, a different mutual friend said: “Tallahassee is like high school. But no one ever graduates.”