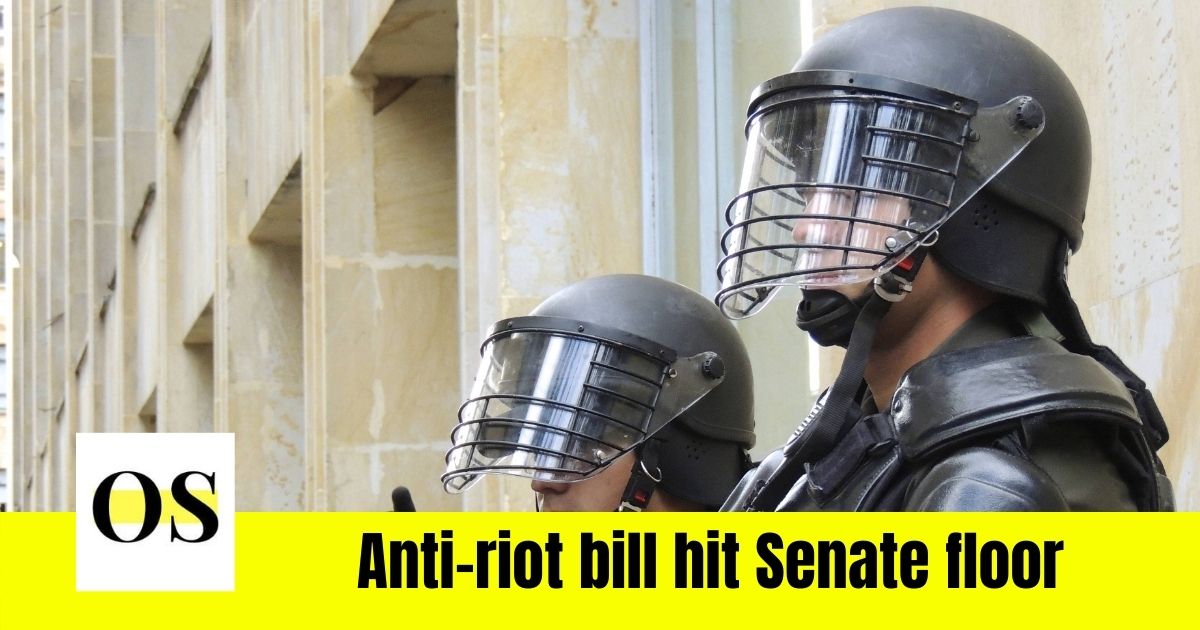 As political tension is building, a GOP-drove Senate board on Friday cast a ballot to send a Governor Ron DeSantis-sponsored ‘anti riot’ bill to the full Senate floor subsequent to dismissing each Democratic endeavor to limit the extent of the enactment.

Democrats on the Senate Appropriations Committee were unable to stop the bill, but they did manage to get support for a study that will look at the racial impact of the proposed law.

The bill (HB 1) would enhance penalties for a host of crimes committed during protests that turn violent, and opponents have argued its broad definition could lead to racial disparity if the bill ultimately becomes law.

“The people across the state of Florida are worried about the chilling effect of this bill,” said Senator Darryl Rouson, R-St. Petersburg.

“This is going to lead to a misapplication of the law, and we know Black and brown people will suffer disproportionately because we have seen it.”

In addition to that Senator Bobby Powell, D-West Palm Beach, tried to ease those concerns by proposing language that would have required the state to collect data and study the racial and ethnic impact of the proposed law.

“I agree with you wholeheartedly that we should look at this,” Burgess told Powell.

“That’s my honest and good faith commitment because where there is disparity, where this is happening, it should be studied and it should be stopped.”

Senate spokeswoman Katie Betta said Simpson will be directing the research arm of the Florida Legislature to conduct the study, but specifics have yet to be determined.

The battle about DeSantis’ main concern has driven quite a bit of the behind-the-scenes jockeying during the primary portion of the administrative meeting. With three weeks left in meeting, the strains were currently in full view during an eight-hour meeting before the Senate Appropriations Committee.

Senate Criminal Justice Committee Chairman Jason Pizzo, a Miami Democrat who refused to hear the bill in his committee, told Burgess he believes the bill is nothing “more than perhaps a bullet point in a 2022 or 2024 campaign mailer for somebody else.”

Pizzo, a former prosecutor, argued the bill is a problem because it is overly broad and as currently written would make arrests and convictions subjective. Burgess, however, says the legislative intent of the bill should stand up in court.

“You have much greater faith in legislative intent versus textualism,” Pizzo said. “I have a greater concern that the courts will see the text of the bill and not what we discussed here today.”

“I don’t fault you for not knowing the nuances of criminal law and their application,” Pizzo said. “But I do fault the premise that you don’t understand and appreciate what this means in the application for Black and brown teenagers.”

Sen. Ed Hooper, R-Clearwater, appeared to be walking a fine line between a yes or a no while debating the bill. He shared personal anecdotes about his youth and witnessing a “racist society” first hand.

“I grew up, and I have vivid childhood memories of water fountains, restrooms, cafe entrances, buses, schools that were not integrated, not one time,” Hooper said. “I grew up in a racist society. I admit that and I don’t like it. I heard the n-word 5 million times in my youth.”

Hooper voted yes on the bill in the end, because he said he believes “something needs to be done” about the violence seen during the Jan. 6 assault of the U.S. Capitol.

“I think something needs to be done,” Hooper said. “I don’t know where the balance is, I do not.”