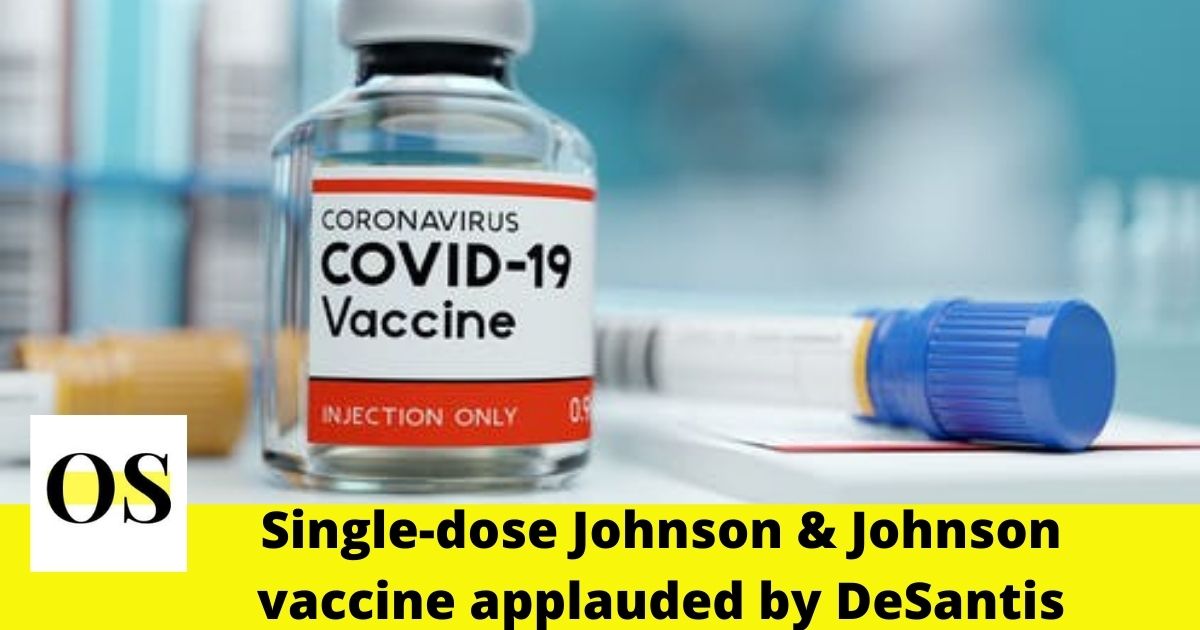 On Wednesday, Governor Ron DeSantis hailed the Food and Drug Administration recently as they released a review of the single-dose Johnson & Johnson vaccine. If authorized, it will become the first single-dose COVID-19 vaccine in the United States, providing a much-needed shot-in-the-arm to the nation’s vaccine distribution effort.

“That is a huge, huge win,” DeSantis said, flanked by Senate President Wilton Simpson and Rep. Blaise Ingogliaat a vaccination site in Brooksville.

A review was released on Wednesday in which the health officials say that the single-jab vaccine nearly eliminates the risk of COVID-19-related mortality and hospitalization.

The vaccine does, however, have its disadvantages.

While health officials noted that the vaccine is more than 85% effective at preventing severe illness, the single-shot dose proved only 66% effective at blocking infection.

“Only only “mild cases” developed in patients who received the Johnson & Johnson vaccine,” said DeSantis.

“No one wants to get infected with anything, but if you get infected and it’s mild and you move on, that’s a win given that this is something that can obviously be more threatening to people,” DeSantis said.

DeSantis predicted shipments to Florida might begin as early as next week, supplementing the state’s limited Pfizer and Moderna vaccine supply.

According to Reuter, Johnson & Johnson said they are positioned to distribute 4 million doses upon approval. Meanwhile, Florida is still determining how to distribute the single-dose vaccine.

“We know 100% are not going to opt for it and that’s fine. There’s no mandate,” DeSantis said. “It’s there for you. We’re going to work to make sure people who want to get it (can).”

Florida’s vaccine rollout has prioritized the elderly and those at high-risk for contraction, such as health workers.

As of Wednesday, health officials have administered more than 4.1 million vaccine doses in Florida.