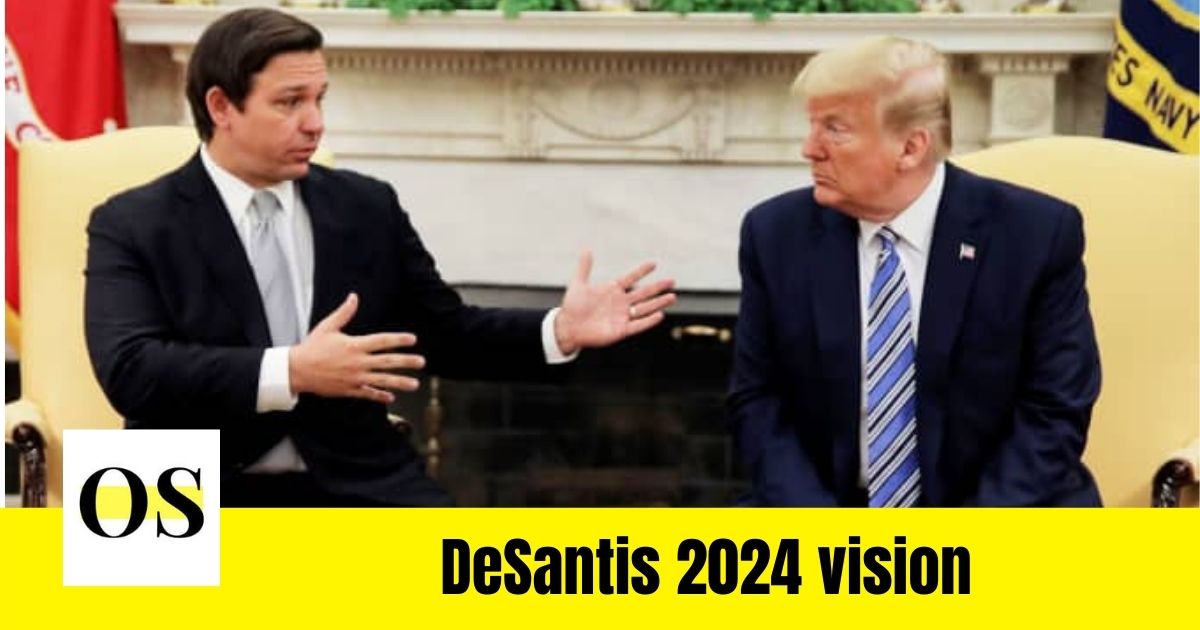 2024 plans for Governor Ron Desantis – The Governor is seen as the best person to carry on Trump’s legacy as the party’s national standard-bearer in 2024.

During the COVID-19 crisis, Governor Ron’s reputation was at stake. He was ridiculed and second-guessed for rejecting mask mandates and reopening businesses. Moreover, he also had controversies where he was accused of involving himself in a vaccine scam. His approach was compared, unfavorably, to other governors from both parties, including now-embattled Democratic Gov. Andrew Cuomo of New York. DeSantis’ popularity in Florida cratered.

“I think he’s the odds-on favorite to be the next president,” if Trump doesn’t run again, said Joe Gruters, a Florida state senator and chairman of the state Republican Party.

Such declarations can’t be discounted as parochialism in a state where two other Republicans — Sens. Marco Rubio and Rick Scott — nurture White House ambitions. Nationally, the picture is similarly encouraging for DeSantis.

At last month’s Conservative Political Action Conference for hardcore GOP activists, he finished second to Trump in one presidential straw poll and first in another from which the former president was excluded. A recent survey by Tony Fabrizio, Trump’s chief pollster in 2016 and 2020, showed DeSantis and several others competing for second place in a field led by the former president and showed the governor tied with former Vice President Mike Pence as the second choice among Trump’s supporters. Rubio and Scott both ranked near the bottom.

“When you look under the hood of those numbers, DeSantis garners a lot of support from Trump voters in the absence of Trump,” Fabrizio said. “As the media beat him up as the anti-Cuomo and DeSantis stood up for himself, voters liked that. They associate that type of scrappiness and speaking your mind with President Trump. He is inheriting a lot of that.”

Allies say DeSantis, who did not respond to requests for comment, relishes an adversarial relationship with a press that they believe has rendered him a Republican martyr, precisely the type who can position himself as heir to the Trump mantle. Those who work in or around his political orbit insist he is focused first on 2022 but acknowledge the temptations of 2024.

“Ron DeSantis has quickly become the most recognizable Republican governor in the country, and I think that only bodes well for both his re-election and what he wants to do after that,” said Brad Herold, DeSantis’ 2018 campaign manager.

Donors outside Florida are eager to get in on the ground floor, said Nick Iarossi, a Tallahassee lobbyist, and DeSantis fundraiser.

“I’ve been doing this for 20 years,” Iarossi said, “and you normally don’t have prominent donors from other states reaching out and saying, ‘Hey, how do I meet this guy? How do I support him? I think he’s going to be president one day, and I want to get to know him now. I want to support him for his 2022 election to make sure he wins if we need him running in 2024.'”

Governor DeSantis’s appeal isn’t isolated to Trump’s diehards. His job-approval rating in the Mason-Dixon poll was 59 percent among independents.

Jeb Bush, the former Florida governor whose mild brand of conservatism collapsed under Trumpism in the 2016 presidential primaries, rarely comments on politics these days. But in response to emailed questions about DeSantis’ future, Bush offered praise.

“I am out of the punditry business,” Bush replied, “but I am a fan of Ron DeSantis.”

Not everyone is, of course. Only 15 percent of Democrats in the Mason-Dixon poll approved of DeSantis’ performance. One Democratic group, Ron Be Gone, recently launched to push against his re-election bid and prevent him from becoming a strong 2024 contender.

“To run for statewide office, he invested in that cable news profile,” said Matt Caldwell, a Republican who lost a close race for state agriculture commissioner in 2018. “His relationships are different. If we go to a state party meeting, I’m going to see folks that I have personally volunteered and knocked doors with for the last few decades.”

DeSantis’ big primary victory and handling of the pandemic have earned the party faithful’s embrace, Caldwell added. This week, the governor convened a panel of science and medical professionals — including Dr. Scott Atlas, a former pandemic adviser to Trump — who share his opposition to mandates and lockdowns. Democrats plan to make Covid-19 central in next year’s race for governor. They point to his vaccine distribution program, which critics say has favored wealthy donors. They also note more than 32,000 coronavirus deaths and characterize DeSantis as someone who coldly obsesses over comparative data that makes Florida look better than other states.

“His arrogance and complete detachment from the pain and suffering of our communities is very telling of someone that is in this position to advance his political ambitions, and it’s obvious because they’re already discussing 2024,” said Debbie Mucarsel-Powell, a former congresswoman from South Florida and one of the leaders of the Ron Be Gone effort.

DeSantis backers say they are sensitive to the death toll but believe DeSantis made the right, tough choices to keep the economy running.

“With all due respect to those who have gotten sick or who have passed or who know someone who passed, I think we were able to ride the storm without destroying people’s businesses and people’s economic lives,” said Nelson Diaz, a Republican lobbyist and former chairman of the Miami-Dade County GOP.

The Mason-Dixon poll found DeSantis with substantial leads over two Democrats who could run to challenge him: Rep. Charlie Crist, the former governor who used to be a Republican, and Nikki Fried, the state’s agriculture and consumer services commissioner. And DeSantis is pushing for stricter vote-by-mail rules ahead of his bid for a second term, a fight that could further endear him to supporters of a former president who falsely claims the last election was stolen from him. Some Republicans who are friendly with DeSantis have abandoned the caution they usually preach in a state known for close elections and are projecting confidence for 2022.

“I think this may be one of the easiest gubernatorial re-elects that we’ve seen in Florida in a long time,” said Blaise Ingoglia, a state representative and former state party chairman.

“What people like in general is standing up for what you believe in,” Ingoglia added. “Be a fighter, right? And this is why Ron DeSantis has endeared himself to the Donald Trump base — a base I predict is not going to go away.”